Ack! Scared of failure, but here goes my first journal

I’ve done it twice now, too. Both so different from each other, but physically sick from it. One was from making cannabutter edibles and taste testing (!) and the other was from cannahoney in a hot toddy. I’ve never gotten paranoid from weed, thank God. My ex-hubby did, though, and quit smoking years ago.

There was one time before weed became legal recreationally here and there were medical marijuana ‘bars’ that I went to with a friend who had a card. For some reason, they allowed me to take what is called a knife hit. WOW WOW WOW. Neither of us could do anything whatsoever, not even have a conversation. I don’t even have to say that we were unable to drive home until two hours had passed and then it was iffy and I had to stop at a deli and pig out in the car. LOL. I’ve never been that stoned in my life. Sorta like a zombie high. Not a big fan of being that stoned. How does one enjoy a zombie high?

Thanks for teaching me the term ‘greening out’ …

I used to get so high i couldn’t move and just lay back on my bed with some music and enjoy the visuals. I’m still chasing an edible dosage that will get me back there.

I have also greened out though. It’s no bueno!

My friend tardis will eat the most edibles i have ever seen! And he gets so F’k up hes not even coherent its crazy. He get absolutely blasted and them jumps into a video chat with us lol.

I’m still chasing an edible dosage that will get me back there.

I’ve chased this effect once or twice myself!!! Just one more will do it… After this one! LoL okay… no more if this last one doesn’t do it! Wait hold on, I didn’t do that last one that great so this one is the last time. Yup! I know that chase scene!

The first time i really got high off an edible i got REALLY high! lol Didn’t smoke nearly as much at the time and ate 50mg worth of brownie. I couldn’t drive home from the concert.

50mg is a starter dose now.

The rice crispy treats I make her 100 mg each will definitely send you back a little bit.

I’ve been making cannabutter and canna products for days. I’m not much of one to get stoned during the day, but I’ll tell ya, making caramel edibles? There is CERTAINLY. going to be TESTING from the stirring spoon, AS WELL AS, licking every device I stirred with clean, spoons, spatulas, knives. Heh. So, I’ve been very unproductive today. Now I’m good for cookies for a month. A jar of canna honey for tea. A pan of caramels in the fridge hardening. Two jars of decarbed flower soaking in everclear (still working on the chosen recipe). Gosh what else? I can’t remember. But I’m having fun. Pics to follow …

Simmering the cannabutter for hours 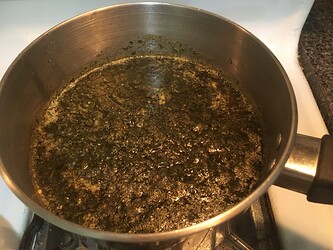 Cannabutter before pouring out water underneath 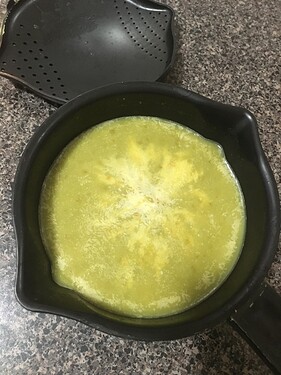 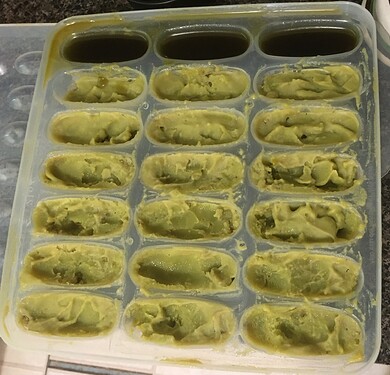 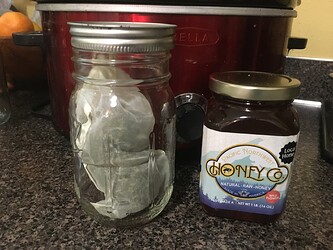 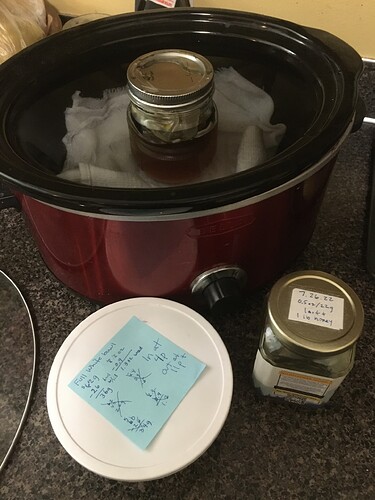 Caramels in the making … 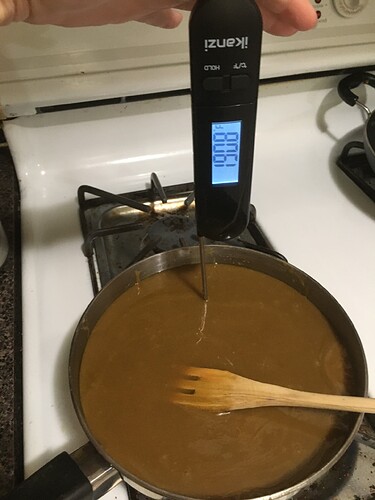 I got some canna butter stick molds. And caramels sound delicious. Yummy!

I saw those butter stick molds! Nice. Haven’t tried the caramels yet, but I did taste them while hot. I could taste the cannabis. For some reason, I can’t taste it in my cookies. So, I think I need to work on making a more mild ‘tasting’ cannabutter for my next batch. Guess I should at least try one (tonight).

I just got the magic butter machine when it went on sale. And then they had another sale on the accessories so i got the press also. Its very easy to make some butter this way. I havent made the gummies yet but i will eventually. The banana bread kicked my ass! 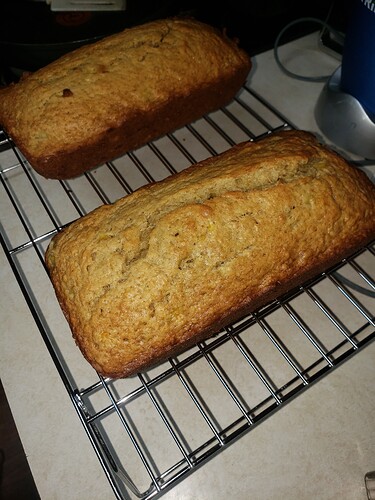 So, my CBD plant grew balls and I was very sad, but then when looking up recipes and making edibles and such, I found out that I can decarb my regular THC flower longer than usual and it becomes CBD. How true can this be? It would sure save me a lot of time to know.

Caramels in the making …

How did the caramels turn out? It’s been too hot to turn the stove on at my house.

I’m not sure that would work unless the plant has a CBD profile. Best way is to find a CBD strain and cross it to a good THC plant. Unless the strain has CBD the increase in temperature will probably just lower the high effect by degrading the trichomes. Just my opinion, I don’t really know. Why does eating a raw cannabis bud not get you high but eating a THC edible does? It has to do with a process called decarboxylation.

Well the way you worded it literally isn’t true! ThC won’t change to CBD but the temps required are higher is true. I think that’s what you meant right? Here’s some charts.

How did the caramels turn out? It’s been too hot to turn the stove on at my house.

I haven’t had one yet. All my ‘tasting’ had me somewhat highish all day. You’re right, it WAS too hot to turn on the stove, but I was motivated. I didn’t take into account the 15-minute process of stirring over heat that I kept having to turn up. Ugh.

They are still very gooey after taking them out of the fridge to cut up so I put wax paper over the top and flipped it over and tried to take the parchment paper off the bottom but it’s there forever. I’m going to be eating parchment paper. UNLESS putting it in the freezer works. I may try to have one tonight but I have an early morning paraeducator placement and don’t want to try something new the night before a new job (only lasts 5 days).

I will say that so far, the taste isn’t good. Reminds me of my rice crispy treats I made that I could not stomach. I can bake a damn good pot cookie, but the sugary stuff is tricky. I should probably look into washing my budder … I’ll keep you posted.

Well the way you worded it literally isn’t true!

That’s why I hate typing short notes without thinking. Although, I did mean that literally. LOL. I think. I swear that during my recipe research, I saw in two places that if I decarb my THC flower at a higher temp for longer, it turns into one of those CB___ … I will try to find my source(s) …

Otherwise, I’m gonna have to shell out for feminized CB__ seeds and hope that autos exist for that. Or keep buying my CBD supplements from Oregon. I really, really want to grow my own CBD/CBG/CBC/etc. as I take it every night to sleep.

Thanks for all the charts!! I’ll be back if I find where I thot I read that about THC/CBD.

On the National Library of Medicine (NLM), they decided that “Thus, although the degradation of THC is relatively low at 200°C, the extent of conversion of THC to CBN is high.” source: Temperature Stability and Bioadhesive Properties of Δ9-Tetrahydrocannabinol Incorporated Hydroxypropylcellulose Polymer Matrix Systems - PMC

An interesting site: “Unlike terpenes, THC doesn’t evaporate when it degrades. It transforms into another phytocannabinoid altogether, called Cannabinol (CBN). CBN is known for its relaxing properties. It’s theorized that CBN is responsible for causing what you may have heard called the “couch lock” effect, when your high is not an energetic one, but a deeply sedating one. Unsurprisingly, CBN is being explored by researchers for its potential as a sleep aid.”

A person on ILGM (not exactly an official source): “I’ve researched and found terpenes vs decarb about 20 minutes @ 225 f. (flash exposure), go too far and you lose a lot of THC and gain CBN, thereby making sleeper brownies.”

A person on Quora (also not exactly an official source LOL):
When somebody said they decarbed their flower far too long, a poster replied:
“The decarboxylation process does not only turn THCA into THC, it also turns THC into CBN, which does not get you high and only works as a sedative.” 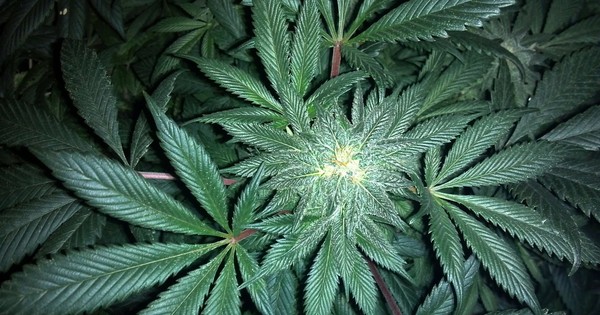 Answer (1 of 2): Probably not, as you likely left it to decarb for too long. The decarboxylation process does not only turn THCA into THC, it also turns THC into CBN, which does not get you high and only works as a sedative. Your infused coconut oil...

Based on these, it sure seems like I could decarb my THC longer and get CBN for sleep help? Isn’t that how it sounds?