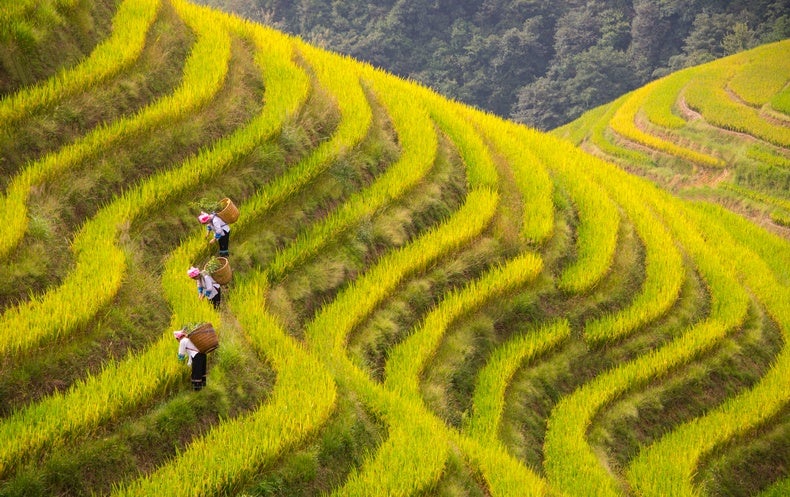 The results of a major study, published yesterday in Science Advances, suggest that rice—a crucial food source for billions of people—is less nutritious when grown under higher carbon dioxide concentrations. Its stores of protein, iron, zinc and some important B vitamins all decline.

The findings challenge a common argument floated among doubters of accepted climate science—that rising CO2 concentrations are a net positive for global vegetation, including crops.

Compared with current concentrations, the rice crops’ nutrient contents all suffered under higher carbon dioxide levels. On average, protein levels declined by about 10 percent, iron by 8 percent and zinc by 5 percent. The researchers also found that certain B vitamins declined significantly, some by up to 30 percent. Vitamin E was the only nutrient found to increase under higher CO2.

An interesting article highlighting that elevated CO2 levels don’t necessarily correlate with better crops. Have any of you observed something similar with cannabis?