I just saw a bunch of new research papers that are relevant to cannabis, and I figured that rather than posting them individually and spamming the forum, I’d give you a single post with some context to each article.

The above article is entitled “Next 5 years predicted to be abnormally hot.” The article is precisely about what the title describes. This will affect everybody, regardless of where you grow. Indoor growers, expect your costs for electricity to rise, and outdoor growers may face issues with overheating.

The above article is entitled " Male tobacco smokers have brain-wide reduction of CB1 receptors." CB1 receptors are responsible for all sorts of things in our endogenous cannabinoid system, but is also directly affected by cannabis ingestion. If tobacco smokers are getting less from your products… well… that’s not good.

The study, the result of a collaboration of researchers affiliated with the National Institutes of Health, Maryland, supports that CB1 receptors play a role in smoking. The findings add to the group’s previous studies that report the same finding in people who abuse cannabis or alcohol, suggesting that reduction of CB1 receptors is a common feature of addiction.

The above study is entitled “Cannabis link to relieving intestinal inflammation explained.”

Reports from cannabis users that the drug reduces the symptoms of inflammatory bowel disease (IBD) may finally be explained by new research from the University of Massachusetts Medical School and the University of Bath showing that endocannabinoids help control and prevent intestinal inflammation in mice.

However… it’s not all good:

The above article is entitled: " How cannabis and cannabis-based drugs harm the brain"

A new study led by Ana Sebastião, group leader at Instituto de Medicina Molecular João Lobo Antunes and Professor of Faculdade de Medicina of Universidade de Lisboa (iMM, FMUL; Portugal) and her team in collaboration with researchers from the University of Lancaster (UK), shows that the long-term use of either cannabis or cannabis-based drugs impairs memory. The study now published in the Journal of Neurochemistry reveals the implications for both recreational users and people who use the drug to combat epilepsy, multiple sclerosis and chronic pain.

And finally, for our outdoor growers:

Here we use phenological transition dates derived from digital repeat photography6 to show that experimental whole-ecosystem warming treatments7 of up to +9 °C linearly correlate with a delayed autumn green-down and advanced spring green-up of the dominant woody species in a boreal Picea – Sphagnum bog. Results were confirmed by direct observation of both vegetative and reproductive phenology of these and other bog plant species, and by multiple years of observations. There was little evidence that the observed responses were constrained by photoperiod.

In reference to the first article:

I have this GG4 that managed to root itself in my greenhouse without water, nutrients, nor ventilation. It’s got to get to 120F on the 95+F days and it is actually surviving. It certainly isn’t thriving. 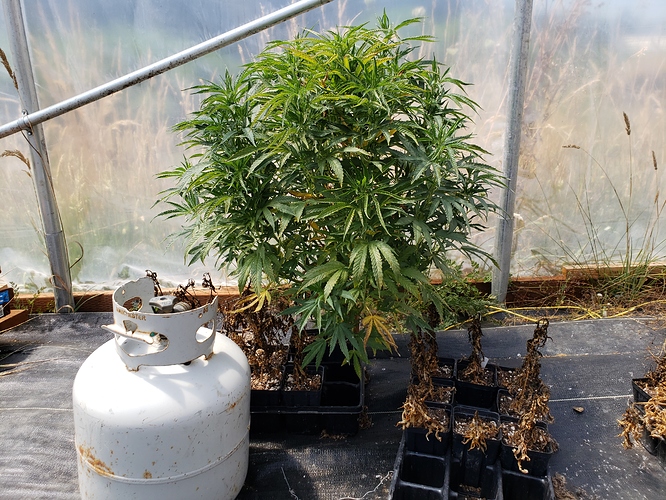 Thanks for the consolidation here, I’ll have to read these later.