So I have rosin that I pressed. It was when I first bought the press and it came out a little hot or breakouts or I didn’t like the taste. Anyways I have 25 grams of rosin 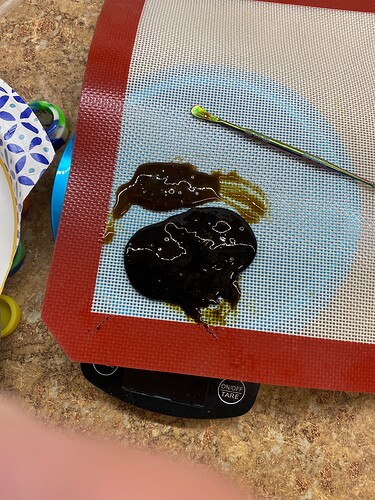 @kapouic taught me to use lecithen. @happilyretired uses a press. i still havent figured out dosages so i will watch

Thanks for the tags 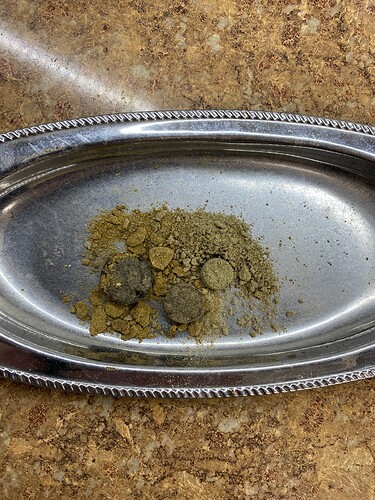 I dont dose, I double up!!! Just kidding, not really. Anyway, going to try and find some dosing instructions from a russian chemist I assisted a couple years ago. You can buy her book online, Kindle price is $3.44, paperback $6.94, Cannabis Extracts Made Easy. And the reason I mention it is she swears by extraction lecithin for better absorption. I am going through the book now and will post an equation shortly.

Boozer, what up. As far as the Rozen you have there it’s already been extracted so you don’t need lecithin. I just started using Extracted concentrates to make edibles. I was told the other day I think it was @olboy. Could be wrong. Anyways I was told 1 g is equal to roughly 750 mg. Roughly. So basically you can do a bunch of math and figure out your milligrams per dose and then just warm up the oil that you would put in whatever you’re going to cook and add your Rozen to that. As far as decarboxylation. For Keef or hash 20 to 25 minutes in the oven at 250°. As far as your Rozen it takes a bit longer somewhere around 40 minutes to check on it every once in a while probably starting around 30 minutes and when it stops bubbling for the most part it’s done. So here’s a hypothetical for you that might make it easier to mix. So you decide you want to make gummy‘s and you’re going to use a recipe that uses a quarter cup of coconut Oil, you decide you want to use 3 g of Rozen in your gummy‘s. To make it easy use a Pyrex measuring cup put your Rozen in the cup to decarboxylate it. When it’s done carefully use a hot pad remove the cup from the oven and pour your oil into the cup and use a whisk and a spatula to mix it up good. Then use that oil in your gummy’s. This will work with just about any recipe you use Oil or butter in. That’s all I got right now.

Disclaimer. As always without testing dosing is a guessing game.

Appreciated sir. Now I have somewhere to start. I have a hot plate to regarding rozin is under control. Do I just throw the goo in there? I mean can’t really filter it right? Ok so if I remember right I had 200 mg in three gummies and really I couldn’t tell. Gonna go strong

@LoCoRocK hey man how much did you put in your morning coffee budder? And too much or not enough? I’d like to make some of that.I Love that morning buzz.

Sung in a high pitch …

I think Loco infuses his butter with flower. That’s a whole different animal. Some people use a half ounce per cup some people use an ounce per cup and you really never know what you wind up with until you try. Using concentrates is a whole different beast. It has a lot less flavor and a lot more potency. Go big or go home you’ll figure it out. Make it strong eat a whole one if you wake up 10 hours later next time only half.

i got a recipe off youtube for brownies. it said use 3 grams of flower so i used 7. next time i am using 3.