Get to know the community - Anne

In this issue of our interview series we get to know @anneface011389 and how she found her way into the cannabis industry. 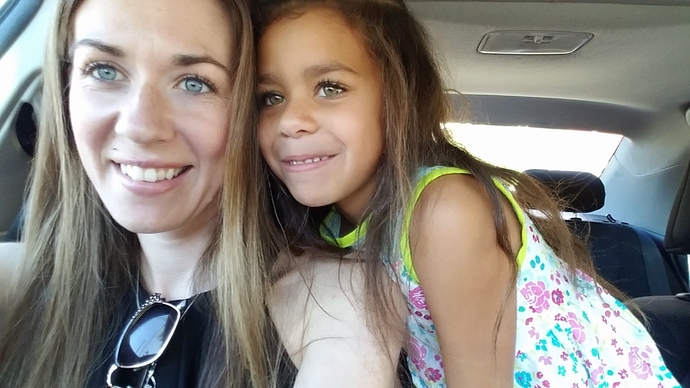 Tell us a bit about yourself

I currently reside in Phoenix, Arizona and I work for an indoor growing operation. I’m originally from northeastern Missouri where I grew up on a farm. My father grew soybeans, corn, alfalfa, oats, wheat and clover. We also raised hogs until the market crashed in 1994, and we have cattle to this day. We also grew a large vegetable garden every summer and spent plenty of afternoons canning and drying food.

I lived on the family farm until I went to study photography at the University of Central Missouri in Warrensburg. My daughter was born in my 3rd year of college. I graduated after 5 years of coursework, and afterwards I obtained a position at the Kansas City Botanical Gardens in their greenhouse division.

How did you get your start in the industry?

After attending college for a couple years and feeling totally lost and on the verge of quitting (my dad strongly discouraged this decision), I went to visit my brother in Washington and my experience was a real eye-opener. I hadn’t ever traveled before, nor had I really gotten to know my brother. After I returned from Washington, I realized that I was taking my career path way too seriously and making it more difficult than it should be. I stopped and asked myself, “What do I love or enjoy the most?” After some serious thinking, I realized that cannabis was the one thing that came to mind.

Never did I think I would go back to my roots, but I switched my major to agriculture with a focus on horticulture. The week I switched majors, I found out I was pregnant with my daughter. Having a child changed my plans to move to Washington and find a job after college. Instead, I finished school and began working at the Powell Gardens, for what would be nearly 4 years. I brought home about $9 an hour. Jobs in horticulture do not pay well unless you have over a decade of experience. Needless to say, as a single mother, my salary wasn’t cutting it. I felt trapped without an opportunity to move forward in my career. To make a long story short, I found my current job online and applied. To my surprise, I got a call back and now here I am.

Where did you study Agricultural Science and what were your favorite courses?

I studied Agricultural Science at the University of Central Missouri in Warrensburg, 45 minutes east of Kansas City. My favorite courses were Plant Propagation and two courses in Plant Identification (Herbaceous Plants and Woody Plants).

The Plant Identification courses required memorization of each plant, its scientific name and key identifying features. I learned the most in these two classes. Not only did it teach visible identification factors, but what sets each plant apart (or what it has in common) from the next. I learned about what plant need to survive: environmental conditions, plant nutrition, propagation, and more. In learning the scientific names, it gave me a base of knowledge for which plants belong to which family, and what separates each family.

What’s your favorite part of working at The Giving Tree Wellness Center?

The Giving Tree is like my second family. They really take care of their employees. The open door policy isn’t a joke, and HR really genuinely cares about us and our well-being, both in and out of the work place.

The main benefit of working at The Giving Tree is that I have been given the opportunity and resources to really explore how to grow this plant. First I was trained in the bloom rooms for 3 weeks, and afterwards I was put in charge of the veg room for about 8 months. After that, I moved to the mom room and I am currently in charge of all mother plants and propagation.

The Giving Tree keeps a snack bar and fancy coffee machine stocked at all times. They buy us lunch multiple times a month. I’ve never worked for a company that does so much for its employees. It keeps the passion alive. I’ve never been able to be myself at other jobs, but here they allow it.

Who are your mentors and inspiration in the cannabis industry?

My daughter is my biggest inspiration. She knows what I do; she knows that I grow medicine for kids and people who are terminally ill. She will be brought up with a different mindset toward cannabis than I was.

Moving to Arizona with her was extremely difficult. My daughter was 4 years old at the time. Even though I gave her father six weeks notice and tried to talk about the situation with him, I was served custody papers on Christmas Eve, a week before we were supposed to go. I spoke with six lawyers who all told me the same thing: that if I left, I would lose the case and custody of my daughter. Even though I had been the primary parent since she was born and even though her father offered little, if any, child support throughout her life, the lawyers felt I had no case.

Someone had already been hired to replace me at my old job in Missouri. My home had been rented out. I felt trapped, like I was damned if I left and damned if I stayed. I finally found a lawyer to represent me and he encouraged me to leave. In the end it all worked out. It was and still is an extremely stressful experience.

Three months after I moved to Arizona, I got a phone call in the middle of the night. My oldest brother, who lived Washington, was found dead in his bed of a fentanyl overdose. This became another source of inspiration for me to be a part of this industry, for obvious reasons. I see so many of my family members back home suffering from illnesses that could benefit from the use of marijuana, but Missouri law says otherwise.

Within the industry, I admire a lot of the work other people are doing. My mentors would be my co-workers at The Giving Tree. But my primary inspiration comes from outside the industry: I want a better future for my daughter and I want to prevent people from suffering because they have to deal with family or friends overdosing on prescription medications. I want people to have access to a safe, alternative medicine.

What are your hobbies and interests to relax after work?

Outside of work I enjoy baking, particularly desserts. I enjoy float trips, camping, hiking, gardening (although not so much in the desert of Arizona), live music, and traveling when my time and budget allow it.

Thanks for the interview Anne! If any other community members are interested in participating in this interview series, please drop me a private message.