Setting up a new production space lays the foundations for success or failure - did you custom build a new facility or did you find existing industrial or greenhouse space and re-purpose it?

There are obviously benefits to both paths, what were your experiences and would you change anything in the setup of your space(s)?

Don’t use existing spaces - all you are doing is inheriting someone else’s mistakes / problems (!!especially for an 1st gen facitlity!!) . Do your research and start from scratch - cheaper and faster in long run.

Setting up a new production space lays the foundations for success or failure - did you custom build a new facility or did you find existing industrial or greenhouse space and re-purpose it?

There are obviously benefits to both paths, what were your experiences and would you change anything in the setup of your space(s)?

From the interviews I’ve had, most of the time it boils down to budgetary concerns. Renovating an existing building is generally cheaper at first (assuming you’re doing indoor grows on both, greenhouses can change the monetary equation), but you run into lots of unexpected issues over time that cost you money and sanity.

It’s like buying a used car versus buying a new car. That used car is cheaper initially, but the repair costs will add up over time. If you buy the new car, you won’t have to worry about lots of repair bills (unless you really mess something up).

Bumping this topic for the newer folks.

I have found that weather you build from scratch or fit to form is more so a means of costs. At this point I have found that regardless of your approach a few things will Inconclusively have to be taken into account. The first factor to consider is (is this a compliantly designed location or not) If so it will have to be designed up to code. If you are designing a grow up to code firstly you will need an engineer, when using an engineer I have found they are the quarterback that will get things calculated so that they will be compliant. The second factor to take into consideration is what are your production demands. I have found that when you design a program around demands and design your facility according to your work flow everything goes according to plan. When re-purposing a building take into consideration it will have to be filed for a change of use. When doing that make sure you have the rules and requirements of your facility with you when meeting with your engineer. I have found that when you provide them with all rules and requirements this gives them insight to what all can be achieved. In the end weather you re-purpose or build new you will need 2 things Engineer, Architect, game plan for garden design and finally a list of rules. Nothing is more frustrating than being called back to permitting counters so I have also found the best way to approach this is to make sure when your engineer comes out to make sure (Electrician, HVAC , and plumber are all there at that time. When you have everyone on site to talk specs, with engineer it goes way easier than to call each one out independently. Ive only done this three times so im sure each situation on re-purposing is different however like any grow each will have its own independent challenges or needs to make it work. attached is a few pics from my first run at this in Colorado! 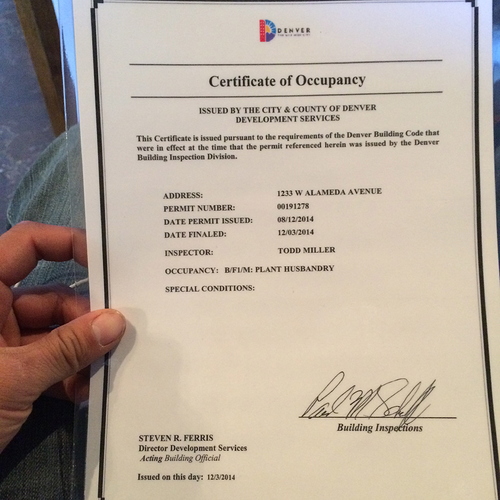 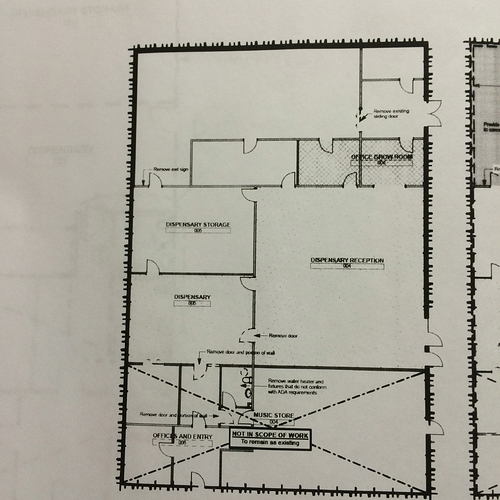 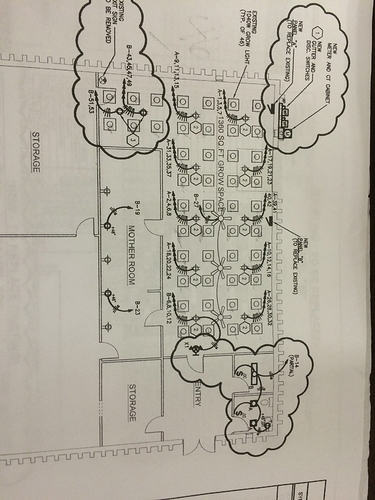