The whole Covid-19 thing I feel lucky on too, having a far easier time than most. Only thankful really to my weirdo past resulting in our not only being ready for this (by total accident) but barely remembering it most days. By that I mean, I was a code cowboy for decades and amongst other things you got used to the gypsy lifestyle, moving from place to place every 18 months. One key to surviving that is to take all of your media with you on a server so you always have all of your TV shows, movies and games one network hop away…so if you got stuck in Wallawalla Washington, no Netflix is no problem. We just kept saving it up, backing up over the years, even stuck a whole menu UI around it but now we have all of our entertainment available on any device…just like it always has been. Both are disabeld so check to bank means 99% of the economic upheaval has at least currently upheaved someone else. We are not righ but as SSDI recipients, nothing really changes. We grow most of our meds and all of mine; part of that gypsy moving place to place thing meant we shopped case sales and always have about two months of canned goods, staples, etc on-hand so shortages at the store are not an issue either. Finally as two disabled folks with 30 years of disabilty between us, we are used to the isolation, not going out, being shut in, basically not needing much of anything beyond these four walls…

One final “bonus” is that the true magnitude of what is happening is frankly too big for me to really grasp and understand the gravity of, let alone all of the side effects of it…like trying to follow a waterfall through a telescope, damned near impossible when you cannot see the whole…

This may change but its been this way so far…I do NOT wish to dance upon anyones misfortunes, I look around me and I weep for those to the left and the right of me. We are just plain lucky at this point because we were weird and frankly broken human beings. How twisted is that?

EDIT: Here is the reason I suspect many pot-heads are ready for this, or at least readier than most… 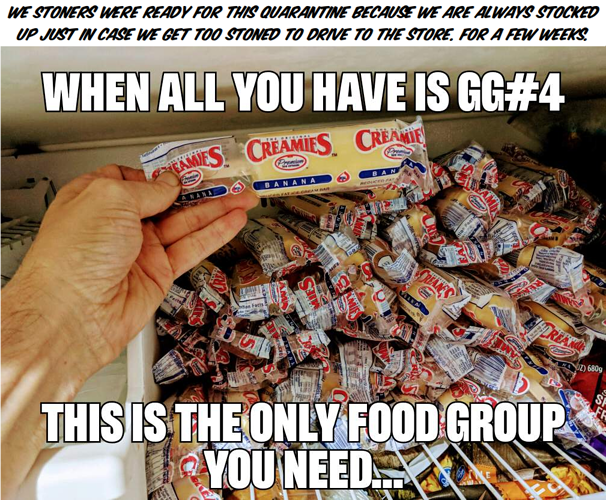 Point being: how many people would just say… “Ahhh a spider” and kill it… I myself try to create a safe environment for them on my patio along… This little fella is made it’s home around our plants helping do it’s part in this world by naturally keeping other pests away 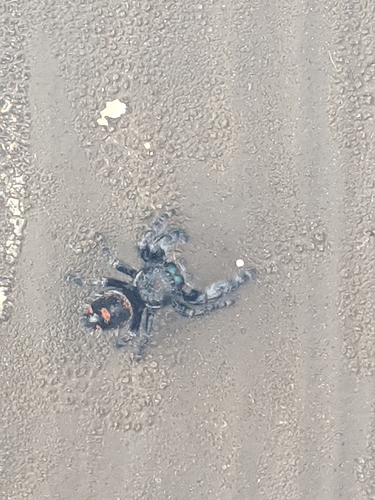 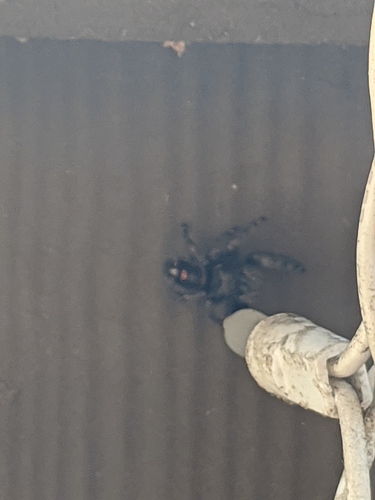 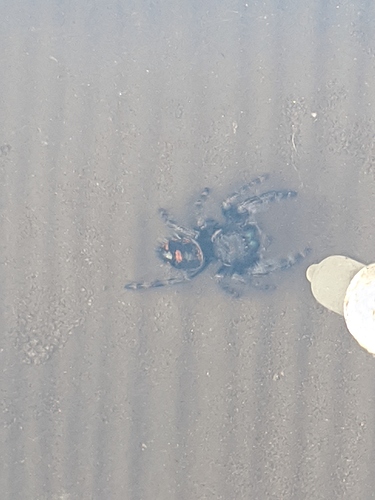 Thats funny, think you said something about being a coder…my wife and I, both tech heads just happened to have alot of right-place-right-time thing going on when the dot-com boom and bust happened. I bring that up only because at the height of it we had to try and hob nob with all these socialite types in San Francisco but no matter how hard we tried (or anyone else tried to make us) we were and would always be just two punk kids of BFE Michigan, no money, education, pedigree, nothing. Glad I am not in that race now…

And this might make you grin…my first successful grow was 2015, harvest Feb that year…however my first actual GROW happened back in 2005 in Ventura CA, was doing engineering work for a local medical device maker. Anyhow I had this crappy crop from a dozen bag seeds from a lb of actual Mexican dirt weed we snagged for a song once. I was serious about the grow, had a closet lined with foil, a flourescent light set up (no timer, no idea you needed one, I was an idiot) and scraggly-assed, WAY hermied plants, I didn’t even know that was happening…I kept waiting for the good part to happen…

So to bring this and some pretty shitty luck home, it seems the stars lined up against me somehow and:
A. A 12 year old girl runs away from home in Ventura
B. The cops find my name on her PC (I have no idea how but there are enough of me’s out there)
C. So an amber alert is issued and unbenknownst to me at work across town, a bunch of Venturas finest come busting in our door searching in every closet for a missing 12 year old girl…

That was the end of my first grow, shredded and in trash before they left. As Slim Pickins in Blazing Saddles opined: “Awwww, prarie-shit”

EDIT: BTW one other kind of notable thing about that pound of Mexican dirt weed (aside from the fact that it tasted like it had been dug up that very morning)…this is true: at the time we got the pound of Mexican we were living an hour north of Los Angeles in the dot-com boom so we could afford a QP of top-shelf per month (had the sweetest gig I could stay stoned all day but thats another story). Anyhow I can’t recall exactly how it came about but we (wife, me and pot dealer) got joking about how dodgy that dirt weed was and I had her quote a price for a pound (think it was really low like 600 bucks but memory is bad and thats not the point), I thought it would be cool to have a whole pound of pot just to play with…so some arrangements later we picked it up and drove it back home, reeking all the way and I had no AC in my car so the windows were all rolled down. Can you spell P-A-R-A-N-O-I-D?

But the point of the story is that we picked up the pot, drove home and the next morning I got up ready for action, bong in each hand. Don’t try this at home kids. One other sorta important fact about this day: it was Sept 11th, 2001. Yes. My work was immediately cancelled so we sat there with a pound of Mexican sitting on the table between us, watching that day unfold…

Never claimed it was a good story, only that it was weird.

That’s some fucked up shit right there bro

Jees…tell me, how do you refer to when I started?

That is partially the motivator for this Parkinsons joke I made, not everything is what it seems when you see me struggling to get by…

And Parkinsons symptoms are a big part of LBD, that and Alzheimer symptoms, so I figured if I have to suffer through them, I can poke them in the eye too… 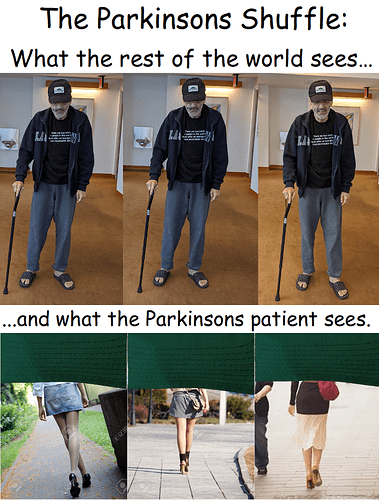 … You are definitely a fighter

Heh. The Hallmark crowd don’t get it so I don’t get asked back to many (virtual) parties)… 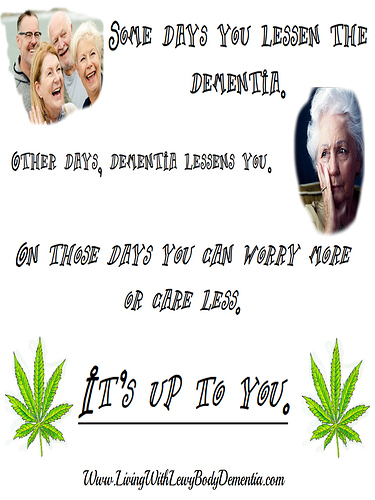 Sigh. I will take my club and go home now…

You and me both then bro… Sucks getting old lol

There was no “World Wide Web” prior to HTML. There was an Internet (and still other networks such as bitnet), but the idea of the web really was derived from gopher.

Gopher allowed an administrator to set up a menu style layout to find information, and what made HTML (the language web pages are written in), is the ability to have links within a document that would then connect you directly to other documents.

Lynx was the go-to command line web browser, non-graphical, and MOSAIC was the graphical web browser in those early days.

Netscape quickly came out as something faster (initially available to the general Internet as version 0.8 that I remember using, with that big pulsing “N” to show activity) which became the dominant graphical web browser.

IRC and Usernet were the places growers would meet, again, this is well before the web browser, this is how we got seeds back then besides visiting other countries. Back then we used a whistle that came as a toy in Capt’n Crunch cereal to get free internet (dial up was the only way back then) till the government figured out what we were doing.

As a certifiable Old Fart 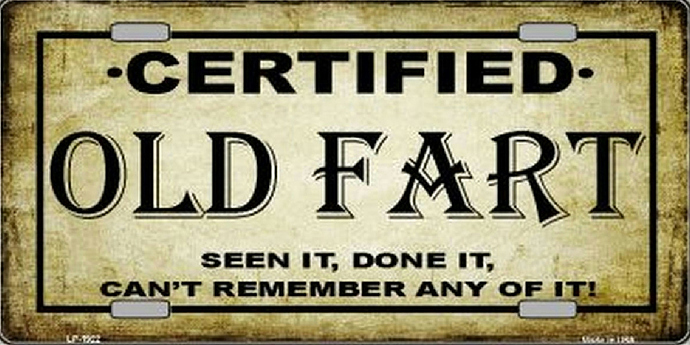 Hey Piper! Major ex-linux-head here too! Worked on Sony PS3 Linux stuff back in the day, built a good chunk of the system event layer in XPeria prototype for their “Time” and “Media” cards but been hacking Linux from the get-go, has provided a fantastic living for us (wife Linux geek too so there you go).

And this is something only you will get and I am so happy to finally be able to utter this to someone who would understand. To everyone else I state I created a grow system flexible enough to make almost all grow ops pain-free, the system is infinitely extensible and can become any kind of grow model/method you want, just swap out a few parts…but to YOU I am finally able to reveal the truth: I have designed an object-oriented, component-based grow system for a perpetual harvest!
Woowoo! I am such a geek…

Actually just as the demtnia was taking away my skills I was looking to use this PocketCHIP for the same purpose…very cheap too and I just plain loved hacking on this thing! 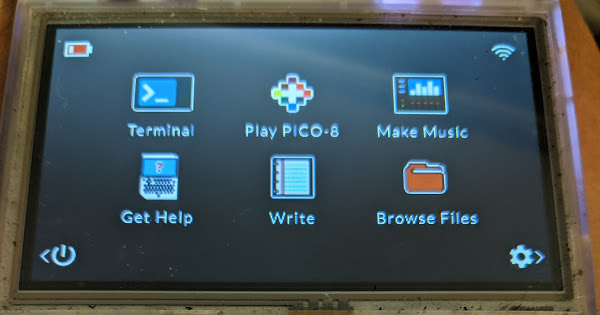 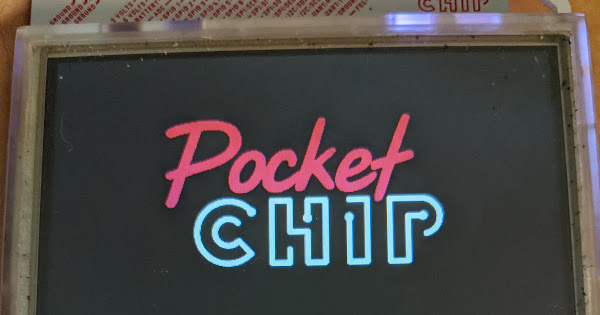 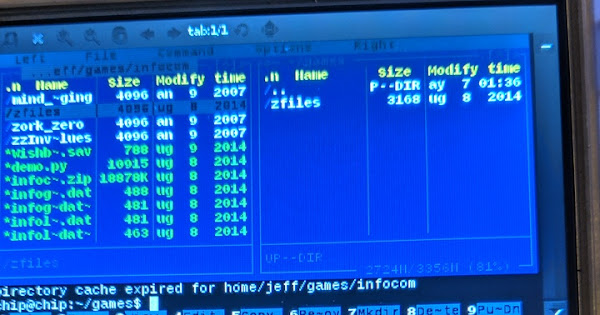 All the IO lines were exposed, the whole system on a chip was like 9 bones in lots of 1, the rest was just a touch screen, battery and charger and a keyboard. Had std USB, micro USB for data and charging, bluetooth, wifi, SDMI card slot, headphones but also built-in spkr. Really fun little device I thought would be perfect for this. Oh yeah, the main system was 9 bucks each and the whole rest of this was not alot more and is just plugged together…great toy for the geek. I reburned mine with Debian and set up custom apps and network mgmt tools along with 25 of the best Infocom games…

Man i got lost in that link! Very interesting read thankyou and wow!

Well if it was the Undiscovered Country link, I am glad; that and some other articles like it seem to resonate with some folks. I am learning so much about the realities of dementia and its challenging my preconceptions and misconceptions. I tracked down a supposed authority on something called Lucid or Directed Dreaming, thinking perhaps knowing how that works might help me be more proactive about whats coming next but that was a wash; it was surprising for someone in that field being closed minded about stuff but there you go. My only wish now is someone had come before me and done this so I could ask questions…