So I have a little more than 4 grams of keif. I’ve pressed some keif in the past, but I don’t like the grassy taste it has, and it’s rough on the throat. I don’t like it. (

Cry me a river, Olyboy) So I decided to wash the plant matter out of the keif and see if I can capture the trichomes. I wish I had gotten a picture of the keif so I could compare it to the color of what I have at the end. 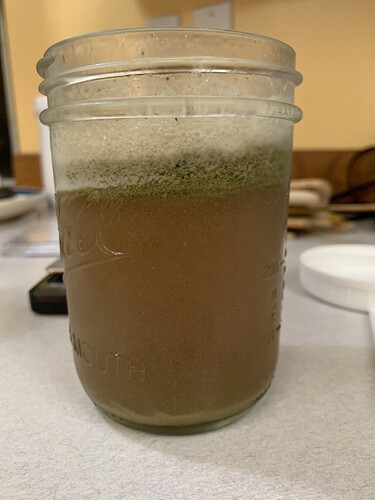 After 15 min, I opened the jar and used a spoon to scrape off the crap floating on top of the water. I shook the jar again, let it sit for another 15 min (in the fridge this time), and scraped off the little bit that had floated to the surface. Everything I scraped off (both times), I put in a smaller jar with a little water and shook at up also (and stuck it back in the fridge.

I’m trying to collect the stuff at the bottom of the jars. 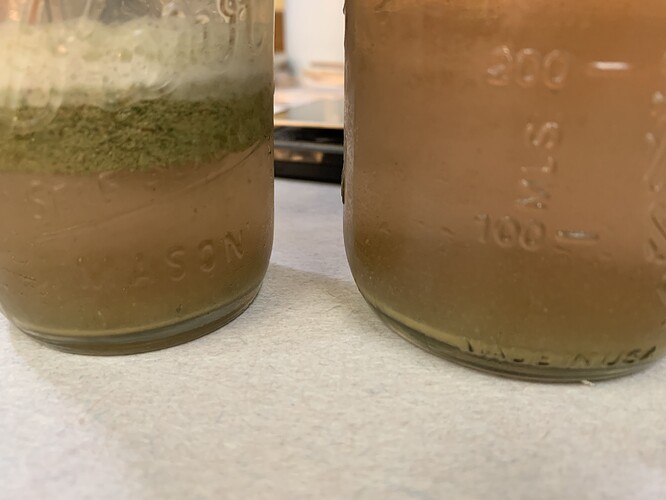 Then I shook the jar again and carefully poured it through my 75 and 25 micron bubblehash bags. Filled the jar half way with more icewater, gave it a little shake and poured that through also.

I scraped of all the crap that had floated to the top of the smaller jar. I reused the water from the first run to thoroughly shake up everything that had settled in the smaller jar. I didn’t let it sit in the fridge again. I just poured it through the 75 and 25 micron bags. And scraped off what was collected. Here’s the combined yield after the second run. 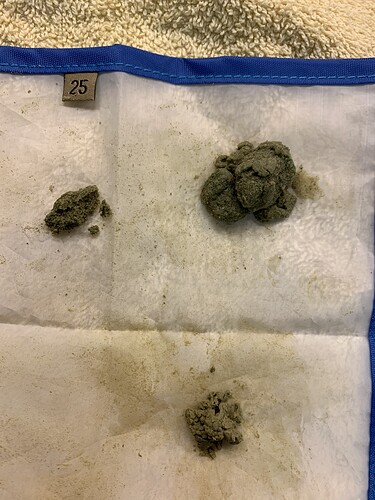 The turd pile on the top right is everything collected from the 75 micron bag. The bottom pile is from the 25 micron bag. And the top left is a special collection off of the second run that I’m giving to a friend.

Now I’ll let it sit in the dark overnight and let it dry out.

Here is the drained water, and the bowl has all the veg material I was trying to get out of the keif

I’ll post more pics after it dries to get a better idea of the color of the finished product.

Just having a good ol time over there eh?

The above story is ~90% true. I made it a lot harder than it needed to be. I actually made 4 runs with the stuff. 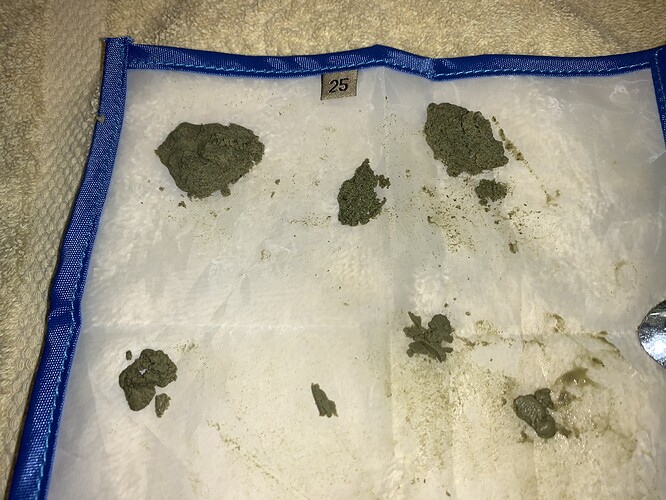 But in the end, whatever I I end up with should be cleaner than the keif that I started out with. Hopefully it smokes better also. 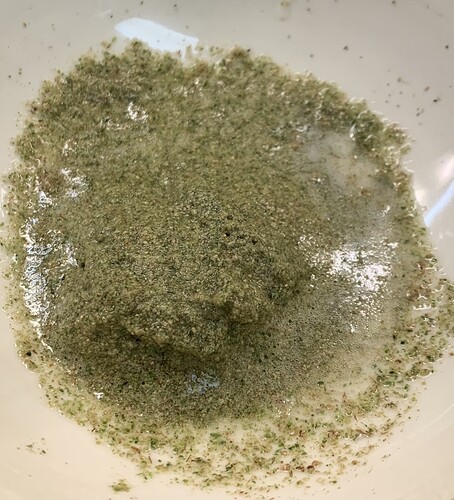 good ol time over there

Dude… this Sunset Sherbet is giving me all kinds of great ideas late at night.

I’m curious on how you did. We shall see!

I probably should have asked @hoppiefrog what to do before just doing it. I was on a roll though! lol!

I’ve only made it twice

I was on a roll though!

When you on a roll late at night, nothing can stop you.
Lovely to see and definitely going to give cleaning my kief. You are right about the taste.

I did it by hand at first, now I use a washing machine. 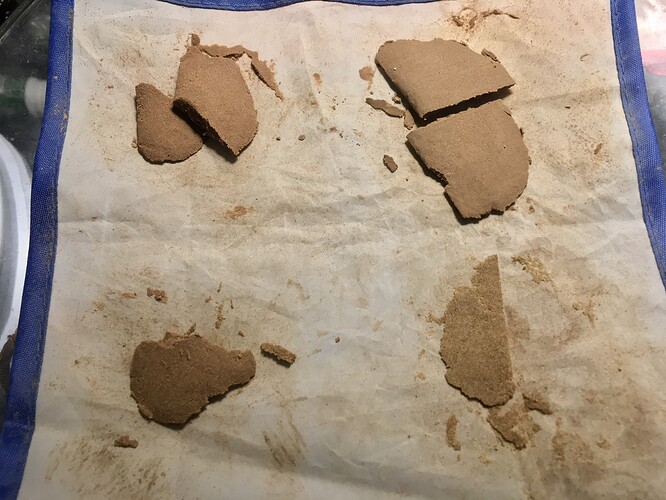 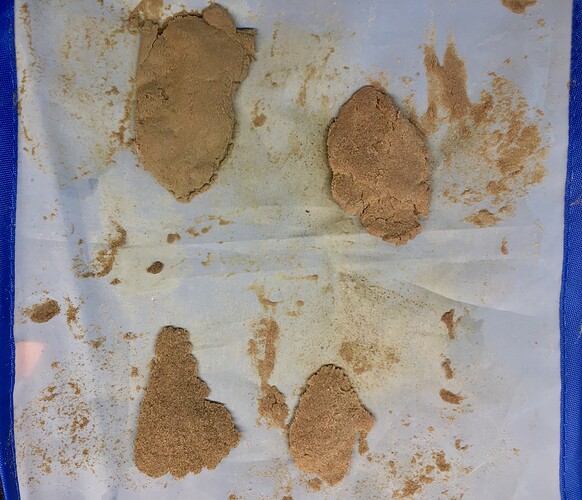 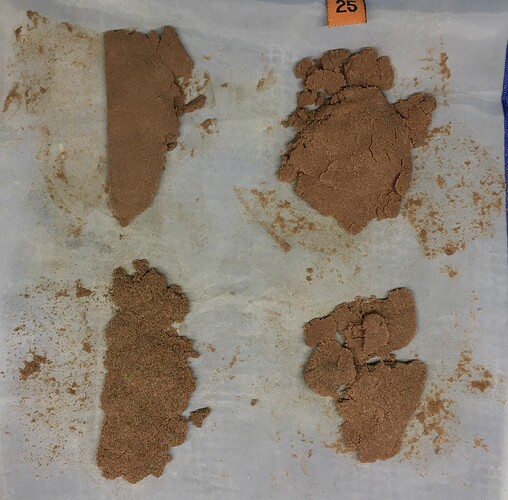 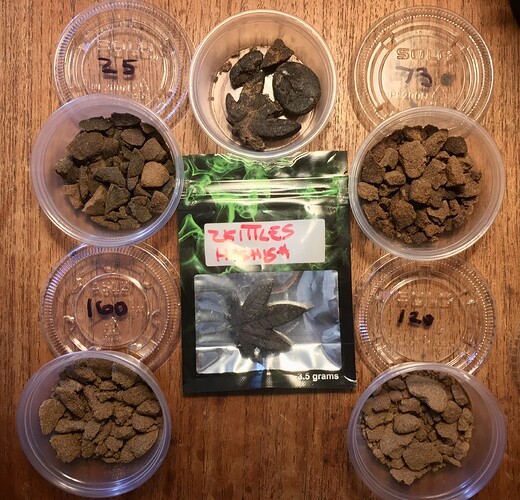 Are u having fun or what?? I also don’t enjoy the harshness of keif and I will be very interested how ur experiment turns out

After drying overnight, here’s what it looks like now. 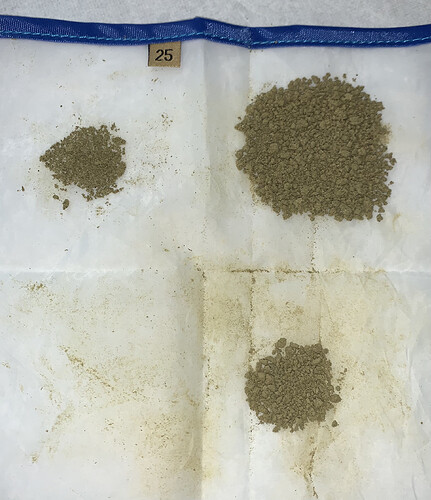 I’ll test it this evening!

So much to learn from this group!

Try shaking fresh frozen with dry ice small chunks and be gentle as possible.you won’t get the green matter if the material was not water logged when chopped (let plants run a bit dry b4 harvesting) and shake straight into iced water.

Then run thru bags to seperate.

Olyboys knocking it out the park! 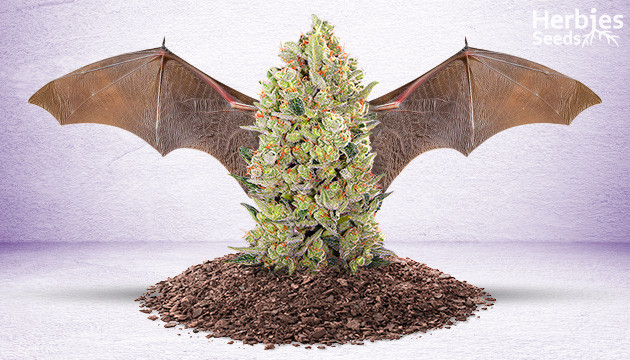