Well i like how much longer plastic pots keep the media moist longer. I didnt like the poor draining of plastic pots. I tried fabric pots and there wildly inconsistent when watering. I grew straight coco in those pots. And i was always shocked at how i always got dry pockets of coco when i had water a lot. Coco doesnt rewet well when it totally dries out. And then theres issues like deficiencies that are not true deficiency issues just burned roots in the pots simulating the same deficiency symptoms. Bags i can slice open easily for transplanting. And i can view the roots as i do that. Hell i just use packing tape and tape the bag up. You cant do that with a plastic pot. And have you all tried transplanting from a cloth pot? Yeah forget that…i used to grow SOG and run 25 single clones in one gallon fabric pots in a 4x4. Pia to get the root balls out of the fabric pots! So i figured a hybrid option bag/plastic pot. I poke more holes for drainage. Also i watched a canna cribs and this grow op had this belief that nothing is reused at all. Every thing was new and sterile. New grow bags everytime new media every time. New clones or seeds everytime. Mad a lot of sense to me and they also fertigated to run off everytime. I find that doing this also helps me monitor the run off or drainage rate in the bags. When the fertigated nutrients drain slowly i know i have 2 things happening roots are taking up the whole bag and blocking drainingso it dosent work well and that can cause lock out and then if you over water at this point the plant will also drown out. Its strange to see it happen but once the roots use the whole bag theres no media to hold air. Thats why you need to poke more holes initially. Because the drainage is a key factor in how the roots stay healthy and everything flows in and out and the plant uses what it wants and the rest just leaves. That’s why i do a 3 day feed 1 day water flush. Then 3 day feed. Because salt can build up either way. And plain water here and there is important. Hope that made any sense?

Was going to raise the light when I realized I like the light where it is, because it is below my eye line. So I removed one level of bricks instead and lowered my plants.

Art - Two works are from HAL - the other four are from the Crossed comic. Crossed is arguably the greatest horror comic ever. 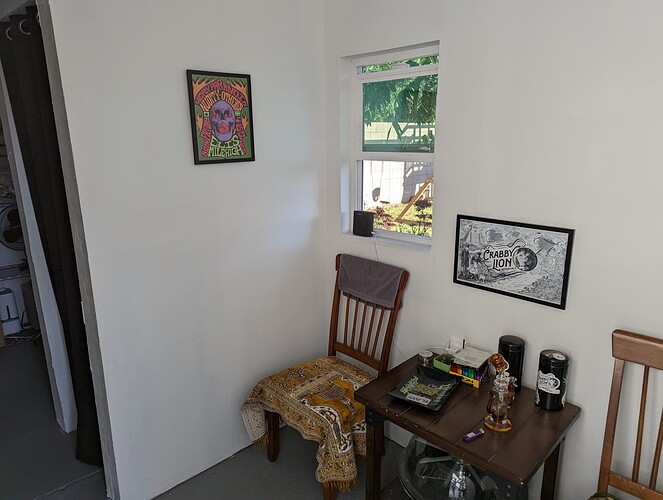 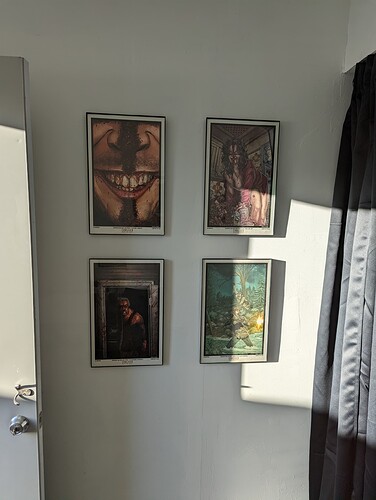 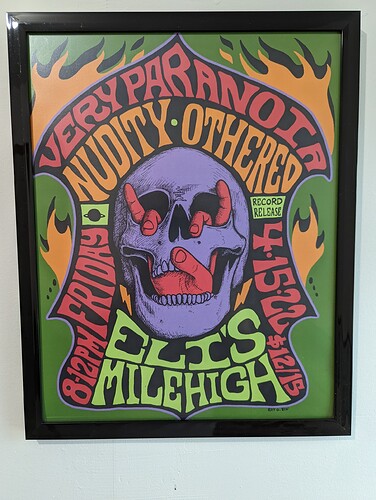 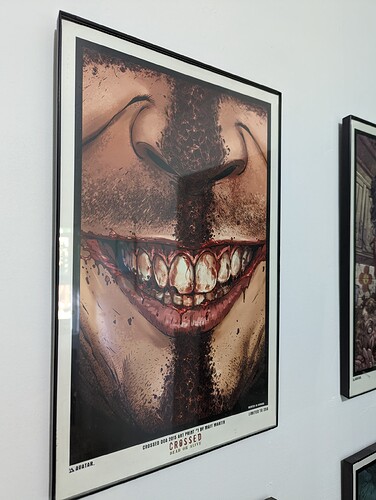 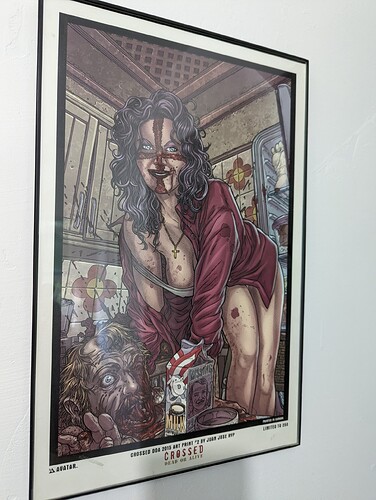 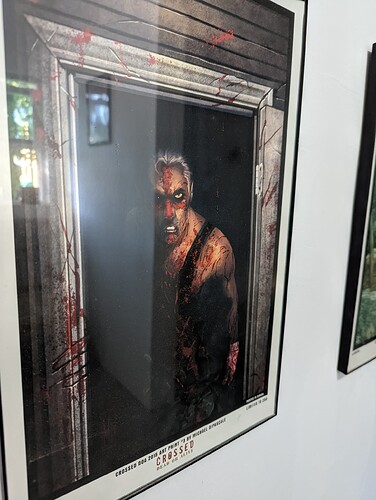 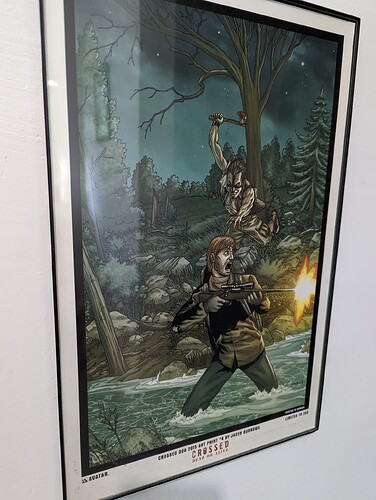 @nacho151 everyone who has come and smoked in here tells me “you should put a TV on that wall right there” and I look at each one of them with this look of befuddlement. Why would I build a place for growing and smoking weed, and put a TV in it? If I have weed plants around me I have something better to look at, right?

I haven’t really watched TV since 2005. About the only time I watch TV is in a Doctor’s Office waiting room. Lol!

The Lion wanted me to ask ze forum, does anyone know how to make more condensed or fuller buds?

I think his flower is just fine, but he wants really condensed nuggets. Scroll up to post 910 and see his business growing in AutoPots.

BBP seems to be what he needs. 1 of the observations I’ve seen using it is larger, tighter flowers. Especially the Orange Crush Auto I have going now.

So what’s going on here? The foaming white sacks… bugs! 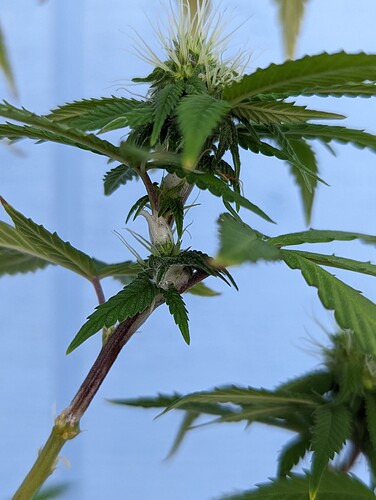 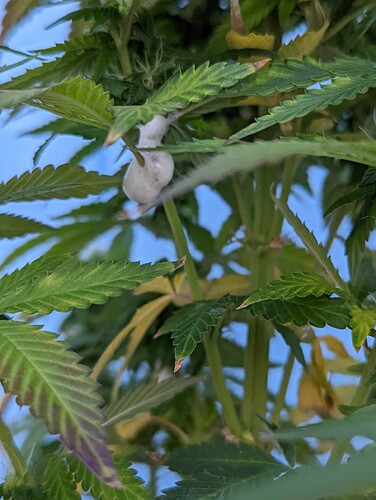 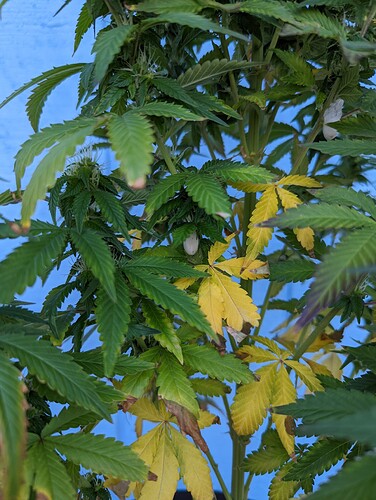 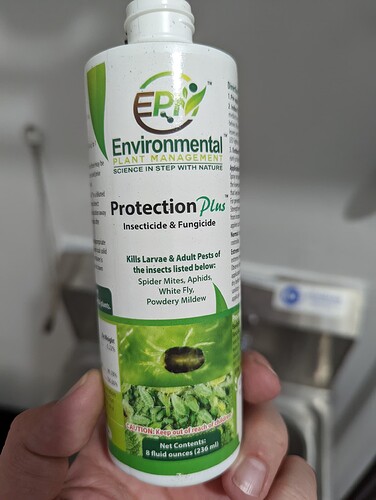 I’ve actually never seen one ! But that sure fits the bill!!
Make your best efforts to remove the foam before trying to nuke them with the pesticide…

LOL, BTW you can keep them local, we’ve got plenty of destructive pests already making a home here!!! 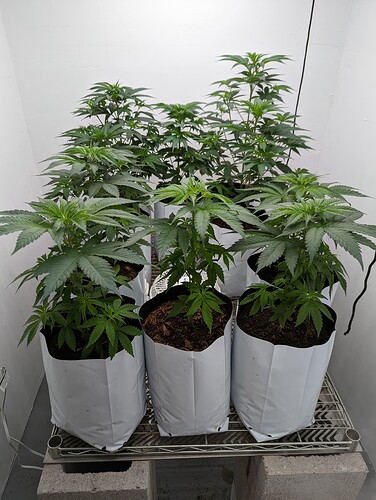 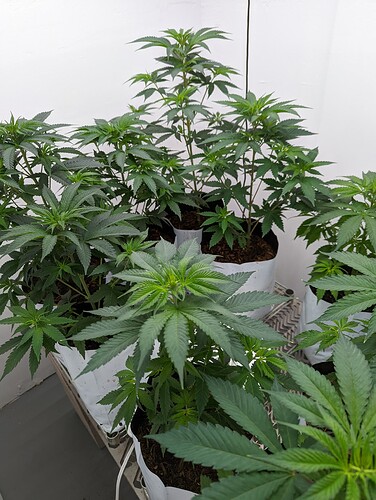 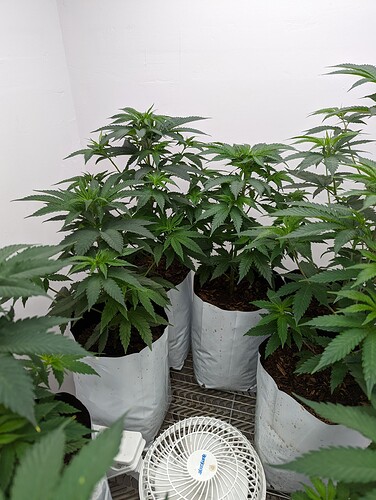 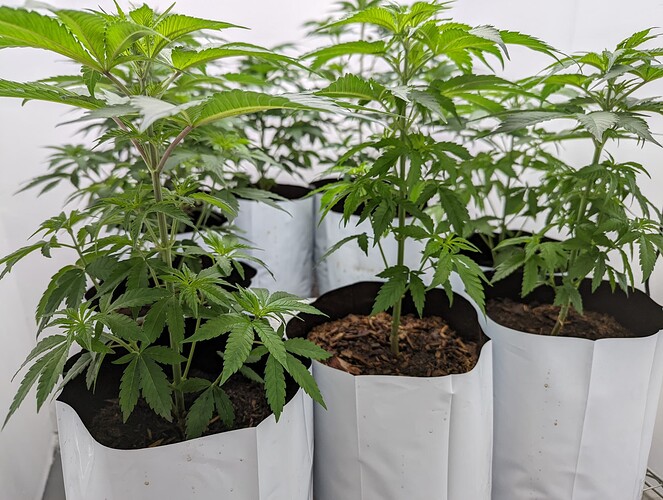 Adults survived the first application of the pesticide. Supposed to apply again tomorrow. Inspection this morning showed progress and promise. 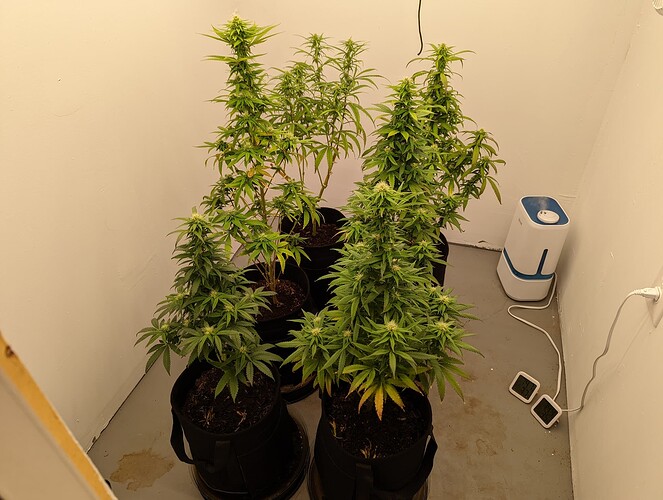 Looks like you’re coming into flour so be careful with pesticides that have oil in them. You could try spraying them spots with straight 3% peroxide. Just use a squirt bottle and make it spray a stream and wash it off. And then maybe treat with something like Captain Jack’s dead bug. It will not affect your flowers in any way.

Disclaimer, I did not look up what you’re using. So I don’t know what is in it.

What I am using I almost killed a crop with because I over applied it. I am using the spot technique any further, however yesterday had to be a mist application, as I wanted to provide a one time layer. God willing it will be all right. Today after playing with ppm count I have concluded I either am flushing the bottom soil for the first time or I have a salt buildup down there. My intro ppm is lower than my output, half as much…

Thats why you need to poke more holes initially. Because the drainage is a key factor in how the roots stay healthy and everything flows in and out and the plant uses what it wants and the rest just leaves. That’s why i do a 3 day feed 1 day water flush. Then 3 day feed. Because salt can build up either way. And plain water here and there is important. Hope that made any sense?

And this is why I like to start with a 2-3" layer of clay pebbles at the bottom of my pots. Works well. I used to grow in the old school plastic pots. Growing in fabrics atm but I think I’m going back to the plastic pot… don’t like how fast the fabrics dry up either.

It all definitely make sense and I understand better now why you would choose the bags. For me it’s a bit too much waiste. I rather go with the struggles that come with the plastic pot. They are ok for me, have had many good results with em.
Thanks Prey.

My number one tip would be keeping it cool. Keeping the temp in the 65-75 fahrenheit range and enough ventilation helps I reckon.
Sufficient light ofcourse.
Reduced RH (under 50%) during the ripening weeks.

And a big chunk is genetics I’m afraid.

Hey the adults are in my old shit cloth bags - not the plastic bags I have recently secured for my babies. I’ll snap a photo of their haggard ass later.

My son talks to people in his room at night, mostly at night. This is normal. He talks to people and there is a set of balloons hanging in his room, shortly after he began to talk to these people he also didn’t like it if I would make them spin.

Sometimes these people are mad, and it scares him. He doesn’t scream or shout but he tells me the following morning. He doesn’t see these people when we go on vacation or when he stays at the in-laws for a night.

My wife inquired more about them. She asked for names and descriptions and actions, behavior, etc. Being the good “Nancy Drew” that she is, she consulted Google about this information. What she learned was unnerving to say the bare minimum.

Tina is the ring leader, sometimes Didi comes with Tina, and sometimes there is a third. My son sometimes is afraid of Tina but most of the time he is ok with her. Didi is only an issue if Tina is mad.

My wife learned that in 1950 when our house was built, the first inhabitants were a mother and her 6 children. The mother’s name was Christina. Sure as shit she had a child, who died, Didi.

It freaks me out thinking what my son may see, and further how no one else sees it except he. I hope they don’t look horrific, I hope that they don’t scare him. He has seemed pretty cool with them for as long as he has been alive. Like I had mentioned, he isn’t usually afraid of them, but sometimes he says they are mad and he acts as if he is scared.

Here are some pictures of my ladies, lots of shrooms growing: 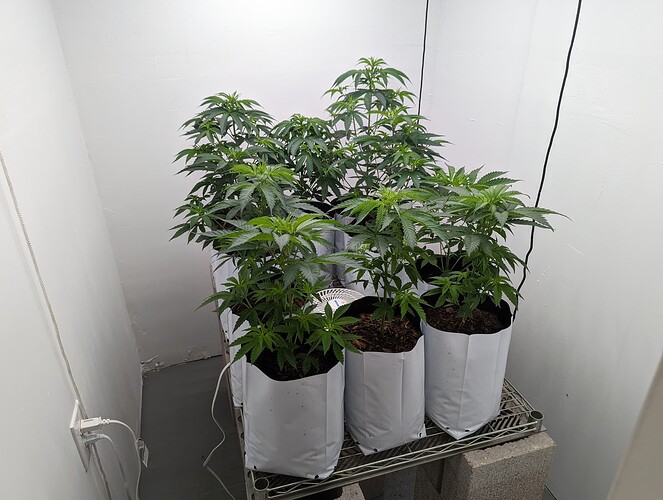 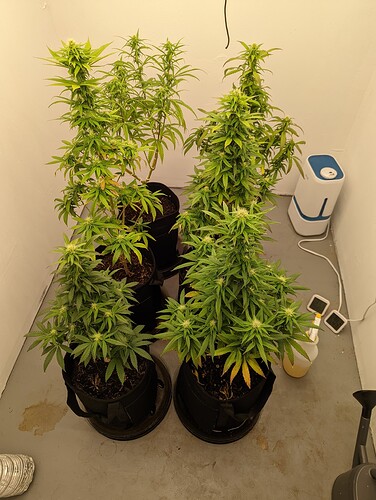 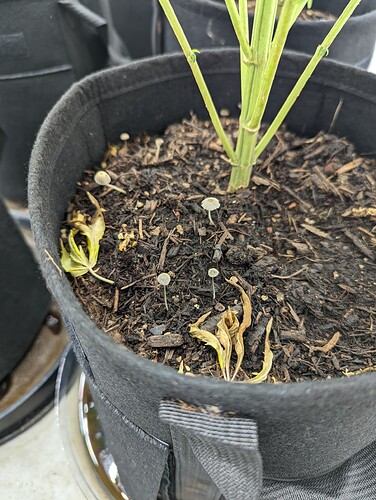 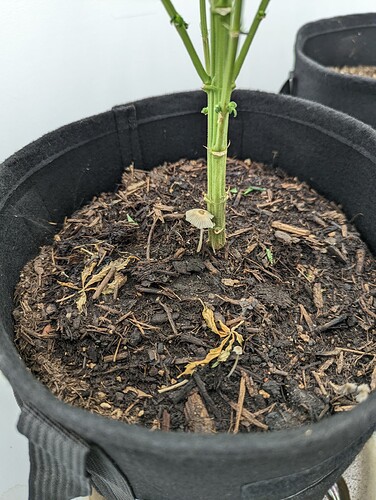 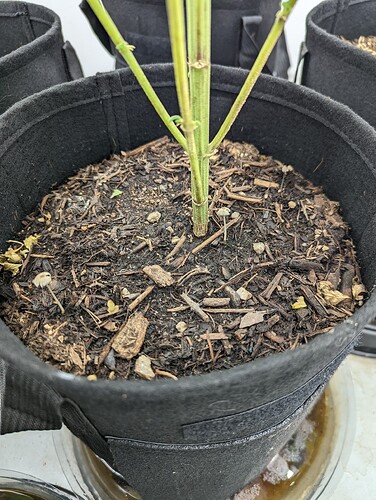 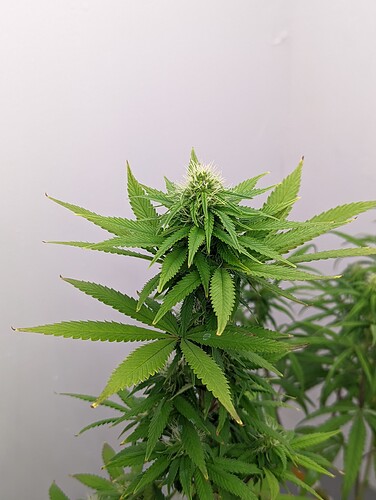 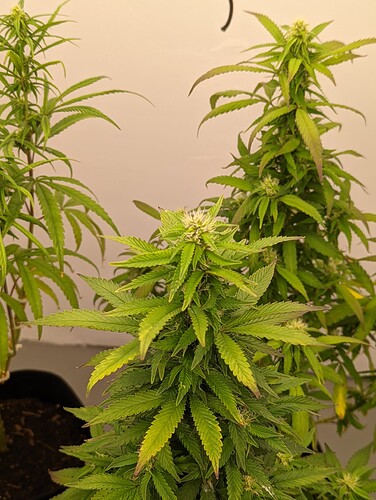 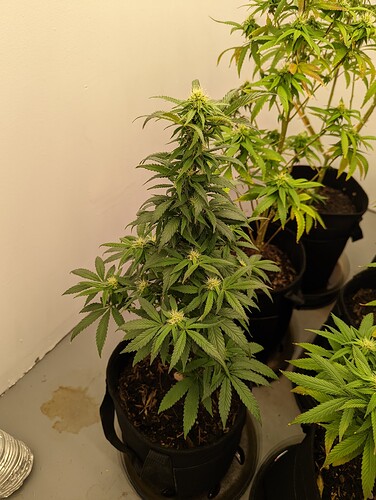 From what I hear, this is pale in comparison to Oakland CA. What is it like compared to your city?

This is local Fox, not National. 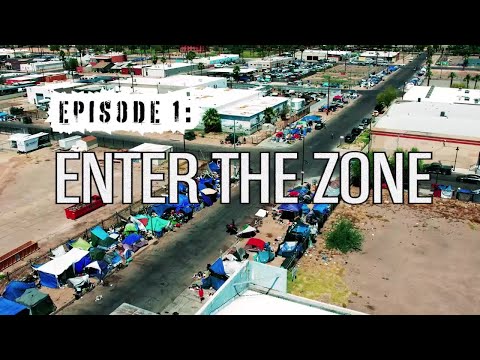 Crazy homeless guy bathes in the fountain at the end of the street, seen him whip it out and piss or shit right on the sidewalk, mid day on a 4 lane road. Cops wont arrest him, its pointless, no way to pay fines and jail wont keep him…so he’s the local public nuisance for the neighboring 4 towns. Yet, it must be liberating to be so free with No Phuks to Give, except winters here are -20.

“They grow up so fast” 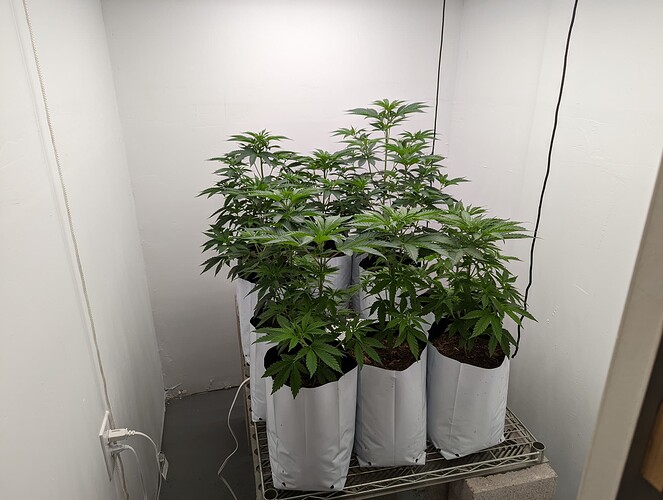 I spent most of last summer in the Central valley of California. There were lots of homeless camps along the freeways and in green spaces. I’ve never seen anything like it.

Here is Colorado we have some camps long the rivers and creeks but not so visible.

“there but for the grace of God go I”

Homie comes over, breaks flower with me. Enjoys the smoke and the lift, no cough. Asks if he can procure some while reaching for his wallet, gets shot down. Strolls over to the closet and slides the door to take a look.

“Oh shit fuck that weed, you got shrooms growing in your soil, what the fuck dirty shit did we just smoke”

I attempt to explain the microbiology of soil and that shrooms are likely an indicator of a great place for vegetation.

He declines to agree with me and suddenly the great high with no cough flower that he wanted to buy is dirty garbage. Hurt my feelings a little, even if I know he is wrong.