The race for a cannabis breathlyzer 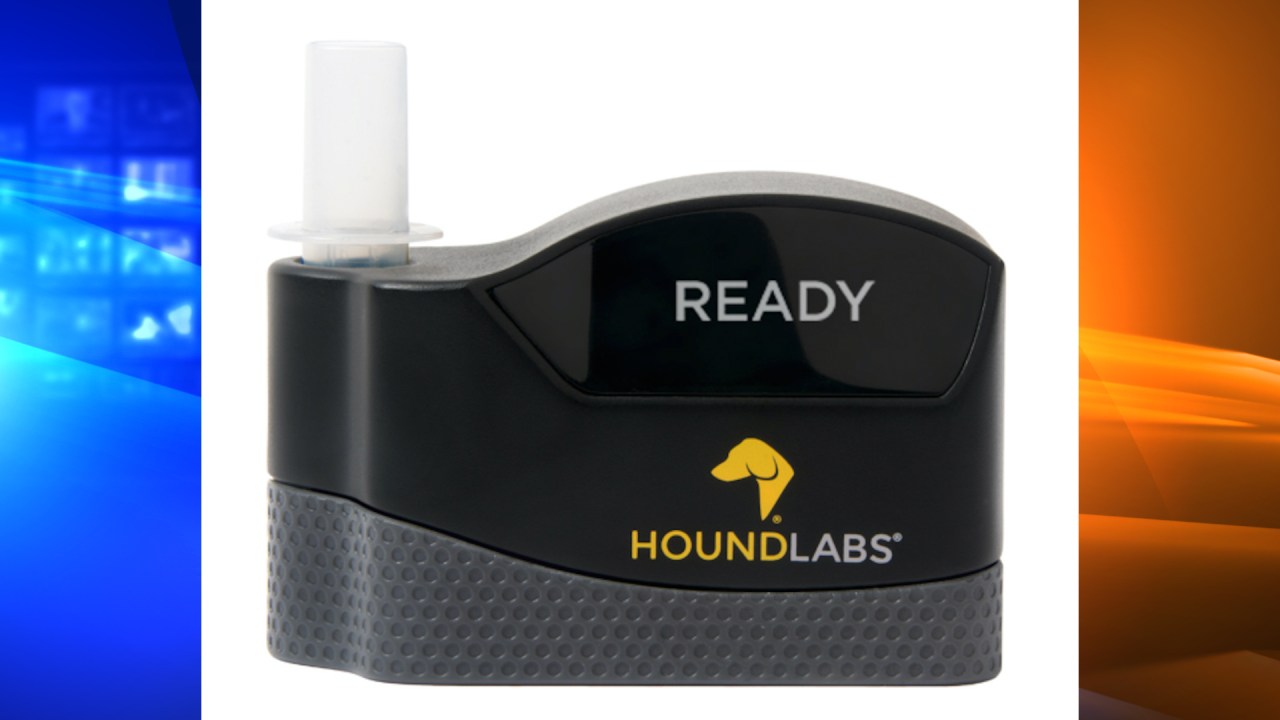 When the governor of Vermont vetoed a marijuana legalization bill this week, he said he was especially worried about stoned driving. He wants to hear more about an “impairment testing mechani…

Hopefully once these are in the field it will alleviate people’s concerns around driving under the influence as a barrier to further state legalization.

I may be wrong here with the details, but…isn’t 20% of the tax being taken in , being used to go to police development of said such device???

I may be wrong here with the details, but…isn’t 20% of the tax being taken in , being used to go to police development of said such device???

Not sure on that one. They might be outsourcing the development with those funds though.

They probably follow up with a blood test if you test positive, like they do for alcohol breathalyzers.

So I looked into it a bit, seems the magic “Device” is not a reality yet, there are many companies trying to do this but the issue is “what level” is deemed “Toxic???” (dependant on person weight eatting etc) and because it stays in the bloodstream for 30 days , it makes it almost impossible to get a accurate reading, "when " did the suspect take his medicine, how much?, how often, does he have a doctor rx and what type of feild test vn you administer except gee, your eyes are all red?..its a bit of a stretch and then to get these "standards+ passed as law?

It seems pretty insane that the police and law enforcement will CONTINUE to spend huge amounts of money, to chase a dead idea that ALL MMJ smokers are criminals. beyond that, the actual studies on driving impairment produced some very awkward results that didn’t line up with the idea cops have of “impaired driving” …reaction times where not like alcohol, nor distance judgment and as for speeding, almost none can me found due to the fact that most of the so called “impaired” drivers are going too SLOW lol and are abit overly cautious…probably more worried about where the next snack stop is!.

It would be nice if they switched to impairment testing rather that trying to guess at people’s various drug levels. That way anyone who shouldn’t be driving, whether from drugs, alcohol, lack of sleep or age-related issues could be tested in the field. Hopefully self-driving cars will soon render this a moot point. 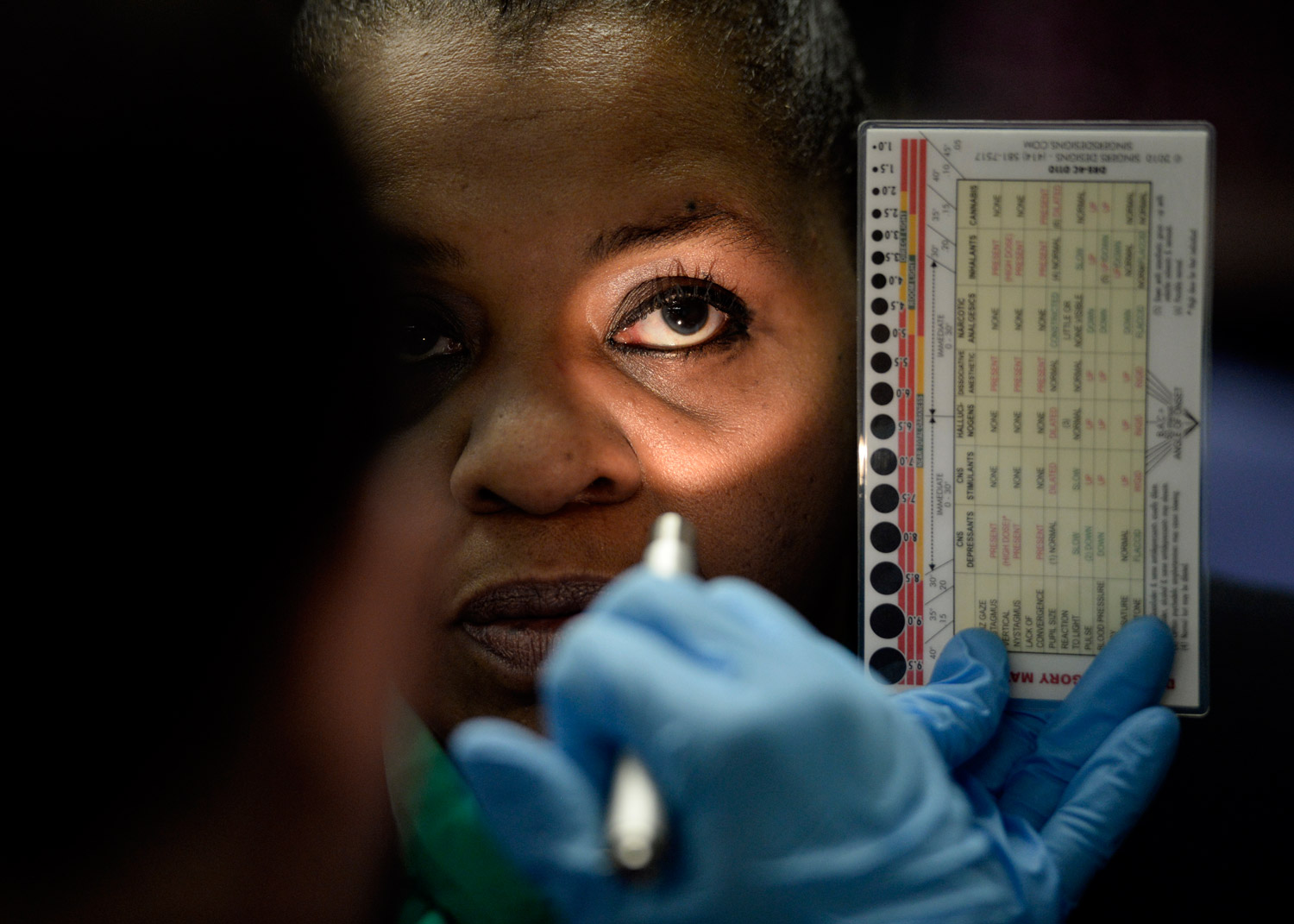 Why it's so hard to test for driving high, and why that's a problem

As states crack down on high driving, they're struggling to figure out what counts as driving high, and how they can reliably test for it.

Brings up some of the points we’re talking about.

This can’t stand up in court if you understand cannabis science. Technically you could consume a 100 lbs of THC per day and if you also consume enough CBD then you will not be impaired. So, you can not judge impairment from THC alone.

Interesting history lesson.
Developed by: Professor Glen Forester
Date: 1941
Location: St. Louis, Missouri, USA
1941 saw the development of The Intoximeter. This machine was developed by Professor Forester. The intoximeter also used an acidified potassium permangate solution to detect the level of alcohol in a persons breath.

His son, Glen Forester lived next to me, when I was growing up. He ran a Fortune 500 company selling the hell out of them. The whole family was Nuevo Rich assholes, build an early Mc Mansion buy pulling down a 30 room home with great ballroom with stained glass windows, built in the early 1920’s. This happened in a suburb of St. Louis, Missouri - Ladue. He did not have a happy marriage, his wife would not grant him a divorce, both devout Catholics. They lived 20 years in the same house, but at different ends. His kids my age were pretentious little shits.

Many a conversation at my house at dinner talking about the bad science behind the breathalyzer. OK, grew up in a strange family. Science papers, news and politicitics was the main dinner conversations. But, no topics were off limits. My father a Doctor MD and professor conservative and a mother with 2 masters degrees in science rabid liberal. My father only gave us a five minute sex talk, a copy of “the joy of sex” and where a fresh supply of condoms where located. But, a two hour lecture on good drugs vs bad drugs and how to know the difference, before going we went to college. Great family life!

My dad did some what of the same thing just a little more extreme I guess, maybe it was due to me being an 80’s baby. Wasn’t a doctor, actually he has never had a W-2 in his life. His parents were college professors and he grew up in Berkeley. Pat Finnegan is his name. He dropped out of school at 14 and started running around doing favors for a notorious Motorcycle Club at the time. Anyways, this brought up deep vibrations and relations around my adolescence, which really have no place here on this forum other than sharing stories and similarities.

My father only gave us a five minute sex talk, a copy of “the joy of sex” and where a fresh supply of condoms where located. But, a two hour lecture on good drugs vs bad drugs and how to know the difference, before going we went to college.

Some people may gawk at this, but looking back I feel that my dad’s heart was in the right place. In his world and mind, he was doing me a large favor. Knowing that I have rebel, outlaw, genetics he assumed correctly that I was a curious kid who didn’t really agree with or fit in with societal norms. I liked adventure, he instilled that in me…I blew my first stump 300 ft in the air with dynamite when I was 4…under his supervision of course. He saw me at 8 sneaking around picking up cigarette butts at parties, smoking them under the house…he probably saw me stuffing grass shoots with pine needles and lighting those up at an age before that. I wanted to be like him and his friends. Experimentation was going to be inevitable. So he had the same idea as your father. Knowing there was “good” and “bad” substances out there, he wanted to show me what quality was, what to look for, how to test it, and how to use it correctly. To assist me in my adventures and keep me safe when navigating the black market searching for a good time. In the long run it turned me into a bit of a snob, but really I think it helped to prevent a lot of “poor quality” related damage to the mind and bodies of me and my friends. I still firmly believe that responsible production and use would circumvent a lot of the propaganda on most scheduled illegal substances. Unfortunately, as with most things in our society, which is built around a monetary based method of survival. People will do terrible things to others in the hopes to gain a few extra dollars to spend on crap they don’t need. This complete disregard for others, inhumane actions towards our fellows, is found in every major mainstream industry, not just the underground subculture of illicit substances

My dad grew up in the days of Blue Laws, and Band Birth Control. He use to smuggle condoms from NYC, where it was legal. To Yale, in New Haven, CT, where it was illegal and sell them for pocket money in the 1950’s!

I learned about how to make AMFO in Ag 1. We blew up rocks and stumps. I don’t think they teach that anymore.

Plus, I gave my son, the same lecture on drugs with books from my collection and a copy of the anarchists cookbook.

I was told there are some kind of loop holes for card holders in Arizona. Does anyone have any info on that?