So South Africa has banned the sale and trade of tobacco for the last several months. The ban has essentially created the biggest black market of tobacco since before South Africa was a republic. Loads of conspiracy stories about senior politicians making billions off the illegal sale.

But what it has really done has created a growing craft tobacco industry. Many towns now have people rolling and making their own cigarettes for sale at half the price you can buy cigarettes on the black market.

A very entrepreneurial person is also selling insecticide for organic farmers now. I think he is selling over a 100 kilos a week of raw tobacco leaves.

“En dit is niw tawk nie”
And its not marijuana". 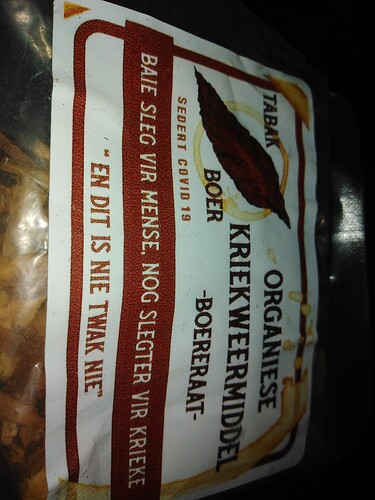 So I thought of opening a post about tobacco. Alot of you are from the deep South where tobacco still grown, hundreds of years later and tobacco shares many similarities to cannabis in human history. The very dangerous legal distant cousin.

I am going to be processing tobacco leaves and have found a nifty way to infuse flavors and prepare the leaves for better smoking. So thought of sharing this all here and hoping you can share some stories to. 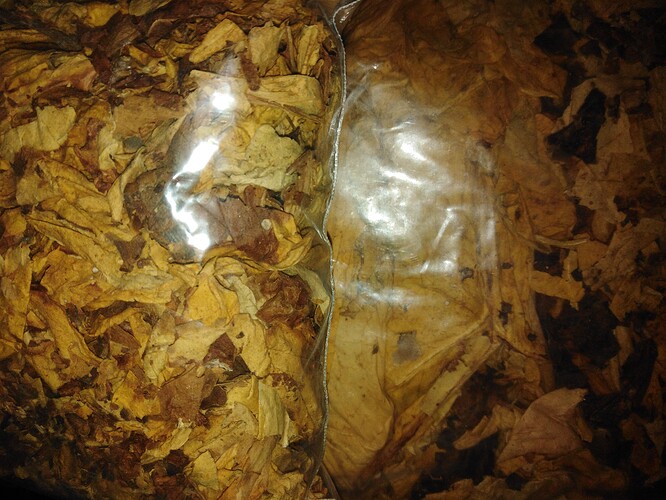 I would love to see africa!

Is it banned for political reasons or for health reasons?

Bit of both… without going in to too much detail they are using Covid as an excuse and have made it illegal to smoke or consume alcohol, but I believe the ban is being lifted in the next few days.

Is it banned for political reasons or for health reasons?

For no reason whatsoever. Its being fought in court and people are buying cigarettes no problem. Lots of police have been arrested by police for smuggling booze and tobacco.

We will find out the real reason in a few weeks/months. Been watching the stats on market share of tobacco companies. Its interesting.