I just wanted to discuss an irritating article I saw earlier today from the Daily Mail (sent to me by one of our colleagues). The article said that recent research out of Montreal found a link between cannabis use and violent behavior. The article did not link or reference the specific research study, nor did it bother to explain anything about what sort of information was gathered, other than that there were over 1,000 participants in the study. The article heavily implied a causal link. I have made an intentional effort to not include the article here because it was obvious that it was clickbait.

As a result, I had to do some digging to find the research paper, linked below: 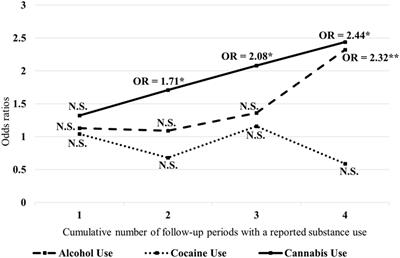 BackgroundViolence is a major concern and is prevalent across several mental disorders. The use of substances has been associated with an exacerbation of psychiatric symptoms as well as with violence. Compared to other substances such as alcohol and...

I just wanted to make this post to address yellow journalism, particularly when it comes to science. If you ever see somebody claiming “scientific evidence,” always ask them to provide a source. Never take the phrase “scientific evidence” to mean fact. The strongest arguments in science are theories and laws, not evidence. Evidence is merely a jumping off point for further research.

Thanks! Angry rant over.

Not an angry rant at all. Your post is a solid antithesis and critique. I wish we had a professor in here to give you an A+!