I was lucky enough to get some seeds recently. As I had popped a much older seed a couple of months ago and had transitioned into flower for her, I just let this one go straight to a 12:12 light schedule. A little under a month from germination to now. 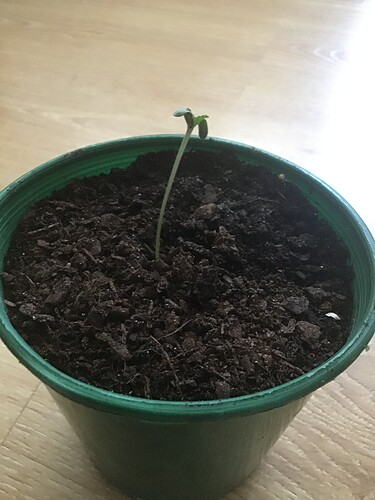 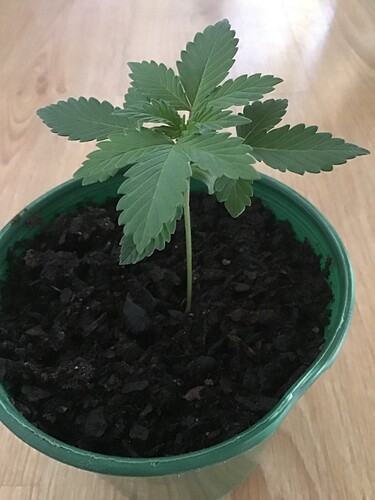 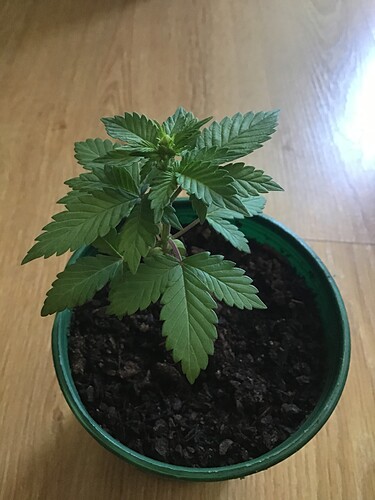 Started via:
placed in water for 12 hours
paper towel for a couple of days to germinate
Soil under plastic bag for one week on edge of window
1 week old, out of make shift dome, to under 300W LED

I’m not going to top, fm, LST or manage currently.

I had been thinking of leaving in current small pot.

Tap water- leaving for a day or so for the chlorine issue
Nutrient - low dose indoor plant nutrients from local garden store.

Can I ask why u are going 12:12 the whole time? The plant won’t flower til it’s sexually mature and will b runted from lack of veg lighting.

I’ve only got one light…and it’s on 12:12 for another plant.
I have read that the idea would be to at least veg for 3 or more weeks but I don’t have natural sunlight currently to do so and I’m not ready for another light.
I’m still not certain about the aspects around autos and how they are created as opposed to photo period plants.
I’ve also seen someone on Insta posting pics of plants in small cups grown in a bonsai like style so I was interested to see how it would grow.
I’m surprised at how quick, what looks like a flower has developed.

You might harvest a gram or two. Not worth doing. You need to veg your plants till you get preflowers or sex is evident.
I’ve done this a few times.
Waste of genes

Cheers. I’m not really in it for massive amounts to be stoned 24/7.
Not really sure what you mean of waste of genes. We are moving into an era of more diversity and access to marijuana than in any time in history. From the sites and blogs I’ve looked at there are not many system with perpetual grows developing genetics. Mostly it seems people pop a seed, grow to flower, kill the plant and smoke it, if it’s female. Male plants seem to be culled mercilessly less they pollinate the flower, limiting yield and attributes.
Granted some people are collecting seeds, cultivating genes and sharing pollen but that doesn’t seem to be for the hobbyist.

If we are to talk about waste perhaps we should be looking at the overuse of energy for indoor grow facilities and look to more sustainable options for growing marijuana into the future.

But I value your opinion, you’ve got the knowledge and experience mate.

If you are taking a seedling to 12/12. You probably won’t get one bowl. You need to veg a plant at least thirty days. Minimum. Anything less your wasting genetic potential

So it looks like that little seedling is male. Should I bother leaving it with another plant and letting them seed?

It would be impossible for you to sex it at seedling stage. Well unless you had it tested. And I don’t think their is even enough bio mass to test. Typically between week eight to ten in vegetation will sex become visble 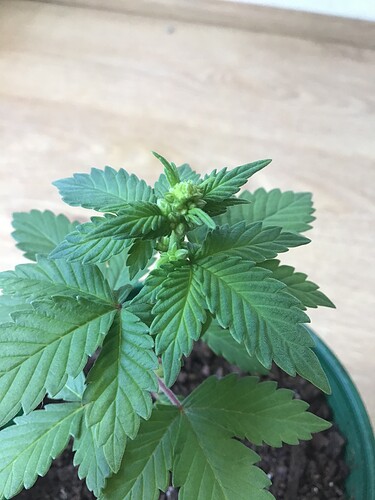 Does anyone smoke males???

Well no since you went 1212 from the start. That’s why

So it just stresses it out straight to reproduction…

Yes. It is actually a method used to sex early. Then.you just re veg. I don’t do it because of the stress it causes.