In a scathing indictment of the AZ medical cannabis program, state auditors documented a troubling series of misappropriated funds, inadequate (or non-existent) inspections, and apparent corruption all through the Dept. Of Health Service.

Nine years have passed since voters of the Grand Canyon State passed a medical marijuana initiative. The program has been wrought with lawsuits and litigation ever since. AZ state auditors recently conducted an audit that uncovered abuses throughout the system that included ZERO checks of marijuana infusion kitchens (good luck with those edibles you bought at dispensaries, AZ patients!). In a case of political passing the buck, state inspectors deferred infusion kitchen inspections on the premise of “It’s not my job”. Sounds like language deployed by the now indicted coward who failed to enter Parkland High School during a massacre.

As a state worker, I am appalled…but not shocked.

I am also a patient and licensed dispensary agent. I refuse to purchase or use products from an AZ dispensary. There are zero checks on the product and I know unscrupulous dispensary owners will do anything to get the product to the consumer, regardless of safety to the patient. Why would they care if no regulator in the state has ever checked their product? Greed has the ability to nurture a more flexible sense of morality. Best to find a caregiver and know your grower. They will at least look you in the eye.

What does this mean for the cannabis industry in Arizona and beyond? How does this make you feel as a patient or consumer of cannabis products? Do you think there will be ripple effects that transcend the state of AZ? Will there be an overhaul of the state system or will things continue status quo? Have you heard similar stories of corruption or abject regulatory failure in your state or country? Let’s chat corruption among cannabis regulators.

I have a few: Yuri Downing. How in the hell did this convicted felon (the phx new times has a very entertaining article about his crimes) own several dispensaries? Now head of MITA?

Interesting history of how Copperstate Farms came about. Another politician’s son buying his golden ticket?

Or the clown that was pushing for prop205, pushing his sob story about how he came into the industry. If his dispensary was really started because his need for what no one else offers, why is it they rarely carried any real, unactivated meds? Where is he now that he sold/cashed out? Go back and read the whole entire proposition. It reads like a jealous, insecure boyfriend trying to keep his love away from everyone as to not lose her. If it had passed, everything would be run by dispos; no more caregivers. Anyone remember the big mold issue? Anyway you look at it, its pure greed. Lets not bullshit this, this is recreational hiding behind a fake medical program. I can go on and on…

One last thing to think about. The actual sick and elderly you see in the dispo waiting room. Can you imagine how uncomfortable they might be? Their only concern is about survival and getting better, not finding the best tasting sauce, biggest caviar buds, or the 99.9% distillate, which by the way have no real medicinal value. Its a mind altering drug used for recreation. I have no problem with using cannabis recreationally, but don’t try to hide behind the medical platform.

If I sound jaded, its probably because i am. For 7 years my wife had been battling cancer and with the plethora of “caregivers”, at one point i was faced with leaving my career of 22+ years to become her caregiver and learn whatever i could. I’ve sat with her being uncomfortable, one time being pushed in an overly excited mob at a dispo (when have you ever seen chemo patients acting like this?), driven all over the state to get her the appropriate meds, and eventually ended up going to CA for unactivated SCF-CBD, not hemp. I bet not one dispensary in AZ has this. Look it up.
I can go on and on, but its much better to look into it yourselves a little deeper. Its about time, AZDHS is hiring some new blood (Indeed.com for anyone interested), so maybe we might get a much needed overhaul. Or maybe another “prison to pot baron” story…

Anyone remember the big mold issue?

Oh, I remember that! I also remember Bill Brothers of Encanto Dispensary stammering and defending his sales of mold riddled buds weak defense of “Testing isn’t mandatory in AZ.”

So, let me get this straight, if you’re serving sick patients in this state, don’t you feel you have a personal duty to remove the moldy garbage from your shelves that might KILL a patient with a compromised immune system? Say, a cancer patient going through chemo, perhaps? Shameful.

I try to remain neutral on a lot of issues as your Community Manager, but when I know there is collusion between the state and the dispensary operators, we need to point out that corruption and put an end to it. Period.

Thanks for your position, @Blinky

…and for anyone who wants to see that Bill Brothers interview and the moldy poison they sold on their dispensary shelves, check this out: 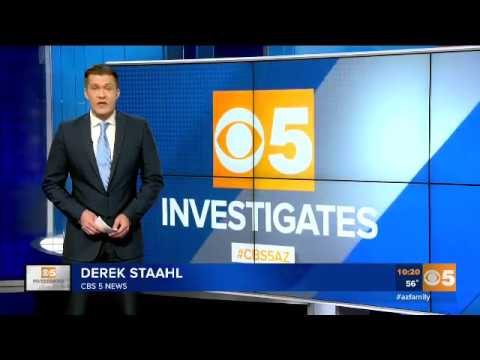 Is this where regulatory agencies are actually a good thing?

I would say so. I think mandatory testing is a great idea!

recently I had to renew both my caregiver card and patient card… both times, a few months apart, I had to navigate a very glitched system that sent back my info a number of times, and my info was correct. At some point I realized that the system was really unhealthy and was having some real problems, none of which had to do with me. Although this was a relief in some ways, it did become apparent that there were some real problems over there. As well, this story is not surprising, although it’s about AZ there are a lot of problems and difficulties with states going online with cannabis. The regulatory process is setting a precedent, in many ways, for state agencies to comply with. And perhaps states that sort of shun regulations are having the most difficult time complying.