I love the product design and controller - but this is priced high anyway. Now it’s way out of the HomeGrow budget.

It’s a hobby not a commercial enterprise. They must be selling to a lot of commercial houses now.

Seems that DIY COB is STILL the best efficient use of my hard earned money.

I agree with you @poppa. California Lightworks are so overpriced. Not worth the money to me! I’m a big Marshydro fan, and I’ve been getting amazing results from their economicly priced lights.

There is nothing spectacular about their driverless design. They use Osram top BIN leds in their high end lights. Samsung diodes are also top BIN. So are Bridgelux…

I have two SX250’s I am doing a product review on currently. They work well but I have built 200W Bridgelux strips that crush these 200W California Light Works…

This is a Blueberry Autoflower under a SX250 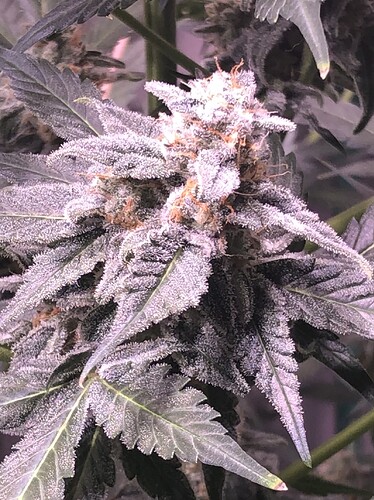 I thought that COB’s were already getting outdated with the quantum boards out now? I have two lights with 4 COB’s in each along with the red spectrum’s in single BIN led’s. They are what I refer to as my kinda blurple lights lol.

My main lights I built are Bridgelux Vero SE COB’s - 90CRI, 3000k and they crush grows

Yeah, I build PCB and COB. I prefer the Chilled Logic PCB pucks over HLG boards

My COB’s are great as well

What kind of sugars did you feed this thing? Any?

How cool at night does it get?

That is frosty as Jack’s Beanstalk

My Winter grows tend to be cooler. Night temps in the upper 60’s. Days can get as high as 80F depending on how many grow zones I am running

This is BBA number 2 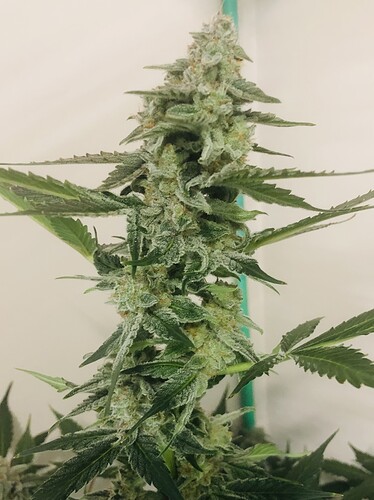 So lets say to compare…I bought a Spider Farmer SF 4000 which is listed as being the equal to a 1000w light. What is the light output of the ones you make with the COB’s ? Wow I sure didn’t expect a light meter grid lol! So what does it cost you to build one of those? I’ll have to pop over to Amazon and look at the SF 4000 light grid don’t remember anything about the numbers now been about a year since I got it. What distance is that grid at from the sensor?

Im with @poseidon build your lights and learn how to. I built my own also and a lot cheaper.

I got the COB’s from Digi-Key. I use RapidLED.com for everything else

Those numbers are at 18”. You can get higher running a little lower but light burn becomes an issue. I don’t run CO2 so no need for higher values

The Emerson Effect has a significant impact on flower. I am glad to see more growers adopt this in their light recipes

I want to do a light with 12x v2 elite engines from. Hlg.com 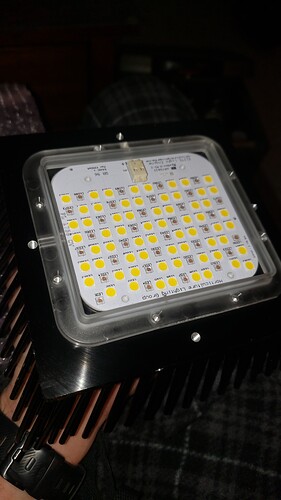