Could be old beans 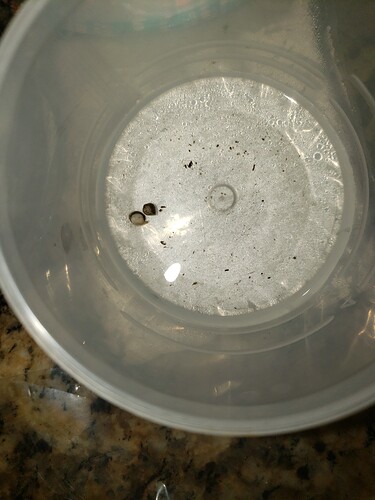 @Slym3r Anything ever come of those RKS beans?

No it died. Ima pop another.

They are allegedly from Oldtimer1

I got a pheno hunted cut coming in from someone else that grew them out too, I’ll send some over once mine are rooted if your seeds don’t work out and pop mine for a male to pollinate it. Same dude (sending the cut) has the Kentucky Red Hair skunk, before my time apparently but sounded interesting.

I’ve heard some real mixed reviews on his stuff…

He’s a try hard if you ask me, pics look crazy fluffy and not very frosty,may have Terps but I stay away from double strike genetics

How do we gauge that though? Thru the cannafam or personal experiences. Of course thru personal I’m gonna give up on someone genetics real quick lololol.

Like what have you guys been hearing? @mudman @hoppiefrog

Personal these flippin beans won’t pop. Lol
I might have messed up. Who knows.

I’ve seen several people in IG talking MAD shit about BSV. Apparently he’s been nicknamed Blue Lies Vienna and no one has found any real RKS in his RKS beans.

Feel free to take that info lightly seasoned. It IS second hand IG shit talk. BUT there were a few people that got into conversations about it on one of CSI Humboldt’s posts.

I see. Thanks yo…

Yeah, I started seeing all the negative feedback after I had already copped. Allegedly it’s not even skunk, but an old haze hybrid called Lot #5. Still an Oltimer1 strain but my understanding was that he got it from a reproduction run by the moderators on some forum he was on and then worked/profited of them against the wishes of those he received them from.

Then, there’s that Oldschoolchronic (on IG) guy who claims he found a mother (from Blue skies) that is basically RKS and has been sharing/selling it to those that don’t believe. I’m still waiting for mine after having to remind him, if it never comes, probably safe to say they’re both full of shit