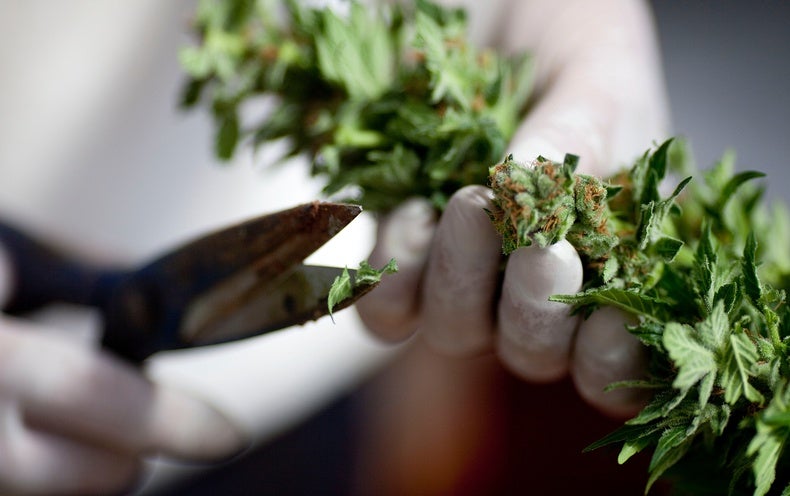 Medical weed is a popular way to manage chronic pain

[quote]Multiple studies have shown that pro-medical marijuana states have reported fewer opiate deaths and there are no deaths related to marijuana overdose on record. http://reut.rs/2r74Sbe

But marijuana-derived drugs could take longer than usual to hit the market as the federal government considers marijuana a “schedule 1” substance - a dangerous drug with no medicinal value - making added approvals necessary. Any drug typically takes at least a decade from discovery to approval.

It could be worth the wait.

An FDA-approved marijuana-based painkiller would ensure consistent dosing and potency, and availability across the country, analysts and experts said.[/quote]

What are your thoughts? I want this medicine to become available to everyone ASAP, but would like consistent dosing, potency, and availability.

My thought is that if cannabis can help decrease the amount of opioid needed to decrease a persons pain and/or help them get off of opioids, we need to pursue ways to make this happen nation wide. All hands on deck to help fix this crisis am I right?

Absolutely agreed. The introduction of fentanyl into the opiod crisis has caused a disturbing upward tick in deaths, and any and all tools to combat the epidemic are good things!

The only thing it’s been good for is the organ transplant waiting list, sadly:
http://vancouversun.com/news/local-news/organ-transplants-surge-in-b-c-because-of-fentanyl-overdose-deaths

Another related article on the matter: 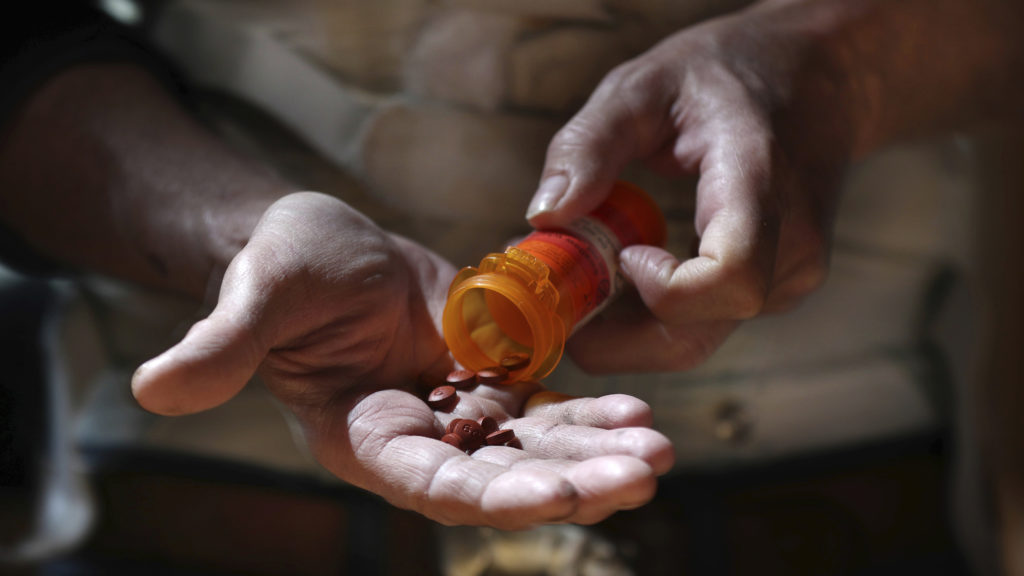 More than half of all opioid prescriptions are written for people with anxiety, depression, and other mood disorders, according to a new study.

Seems a lot of the abuse of opiods stems from lack of access to proper care/medicine. At least with medical cannabis we can provide a more appropriate medicine for certain issues.

A good study on the matter showing that people substitute cannabis for opiods in pain management:
https://saludmovil.com/patients-use-cannabis-instead-opioids-treat-pain-anxiety-depression-study-finds/

Maybe a little about me before I answer. I started in the drug realm by means of harm reduction advocacy groups in college and online.

I also have a very rare genetic disorder that causes extreme amounts of lower abdominal and neuropathic pain at times.

I believe there is a place for both cannabis-based medicine for pain as well as opiate based. The problem in the United States is that the pharmaceutical industry runs the show. They can incentivize doctors, advertise directly to patients, etc. After the early 2000s everyone started realizing that these drugs were being prescribed and used improperly. At that point so many people were already hooked on them. Then the industry started making it harder to access these drugs, and thats when people turned to heroin, fentanyl and carfentanyl.

For me, cannabis will ease my pain in most instances, but I have been to the emergency room 3 times this year due to my rare disease and each time I am treated like some sort of junkie for telling the doctors the exact the type of meds I need (usually involves an opiate and Zoifran). In these instances where I go to the ER room, I have exhausted all possible cannabis products at my disposal, and that’s a lot. The epidemic hurts the addicts and those that need legitimate pain relief. It doesn’t help that many pain doctors and anaesthesiologists have begun noticing that cannabis users require higher doses of these types of compounds for them to be effective.

A new article, linked below, recently looked at over 2,000 patient reports of using cannabis as a substitute to opiates. “Ninety-seven percent of the sample ‘‘strongly agreed/agreed’’ that they are able to decrease the amount of opiates they consume when they also use cannabis, and 81% ‘‘strongly agreed/agreed’’ that taking cannabis by itself was more effective at treating their condition than taking cannabis with opioids”.
http://online.liebertpub.com/doi/pdfplus/10.1089/can.2017.0012

Jason.Back I’m an RN and often work in the ER. I completely feel for you related to being treated like a junky. The stigma reigns high in my community related to cannabis users. Often patients that come in with health concerns, pain, or god forbid nausea and vomiting that also happen to use cannabis, or have THC in their urine are instantly labeled as a “pot head” or “drug seeker”.
On more than one occasion I have questioned the lack of treatment by certain physicians related to patients that present with nausea and vomiting and also have THC in their system. These patients are categorized as having cannabis hyperemesis syndrome and their course of treatment is typically treated differently as if what they’re experiencing isn’t real or serious. This is a problem for me because it isn’t science based and something serious like a bowel obstruction or appendicitis could be the culprit.
I once took care of a young man that likely did have cannabis hyperemesis syndrome and the doctor didn’t order anything! No fluids, no IV, just a toxicology screen. I was pissed. He was really sick, severely dehydrated, tachycardic and needed treatment. It is beyond frustrating. We treat heroin users like real patients and get them whatever is necessary because it’s the right thing to do why wouldn’t you treat this? My response to these physicians is " It seems like you’re practicing judgment and not medicine based on your care plan".

http://www.prnewswire.com/news-releases/uc-berkeley-and-hellomd-release-study-on-cannabis-use-as-a-substitute-for-opiate-and-non-opiate-based-pain-medication-300481006.html for the release on that study

“It seems like you’re practicing judgment and not medicine based on your care plan”.

Sounds about right. I could see doctors jumping on the hyperemesis train too quick in situations like that.

I have to repeat over and over that I’m not a junkie and that I have a rare condition and I’m having a flare up. 95% of the doctors I encounter have never heard of the condition I have. 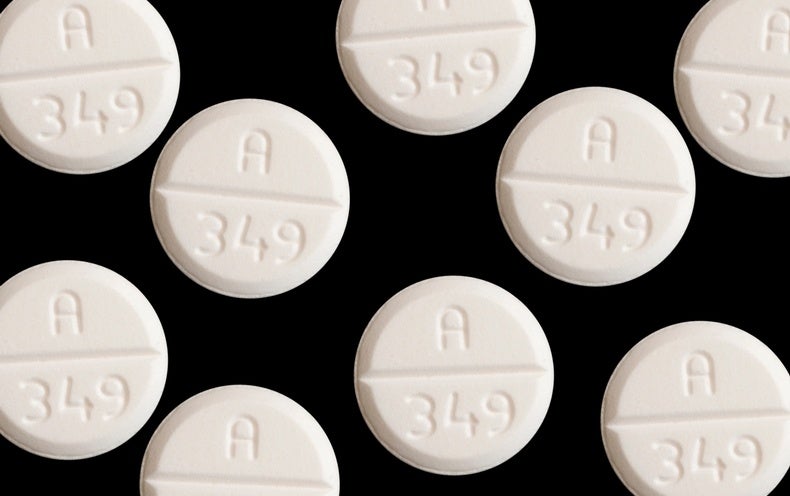 Addressing the opioid epidemic requires action in the medical and patient community as well, the Academies’ committee says. It advises states to create better pain education materials for medical schools, medical licensing boards and the public. States and the federal government should also work in concert to help boost access to medication for addiction—and to make sure patients can afford it, the report says. Managing the opioid crisis is a balancing act requiring trade-offs when it comes to restricting the lawful opioid supply, influencing prescriber practices, cutting demand and reducing harm, the committee members wrote. Yet they add that their proposal should, “leave adequate space for responsible prescribing and reasonable access for patients and physicians who believe an opioid is medically necessary.”

New study launching to measure impact on opiod use:
https://www.stl.news/2017/08/08/medical-marijuana-opioid-use/

New report on decrease in opiod deaths in Colorado since legalization: Researchers say the trend is worth watching in other states.

Hopefully more data will come along – the trend line isn’t perfect, given the large amount of variance, but it definitely looks like the rise has stopped or slowed. I’m not sure a linear regression is the most appropriate trend line though – it almost looks like a parabolic curve might apply. 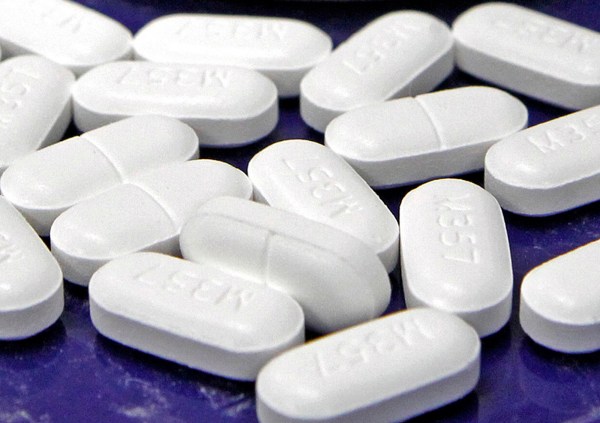 A new study concludes that marijuana legalization reduced overdose deaths from prescription opioids in Colorado, but state health officials urged caution, saying that the topic is too complex for t…

I agree, that it is still new data, but regardless it is definitely a positive correlation and sometimes the answer really can be that simple.

With any luck, this trend will continue and prove more data and evidence for considering marijuana as an alternative to harsher medications, such as those containing opioids. It might not be suitable for all conditions or all situations, but it certainly beats prescribing dangerous medication to everyone who comes along with an issue.

What would be a nice corroboration of the study would be looking at the opiate epidemic in California – has it been surging like other states, or has it been much lower?