I hear that train a comin'

A bill was just submitted Tues. for recreational use countrywide here in Mexico. The bill proposes Federally run retail outlets and 6 plants for personal use. Guess I better bone up on the ScrOG growing method and learn to manifold. lol. We’re getting closer! 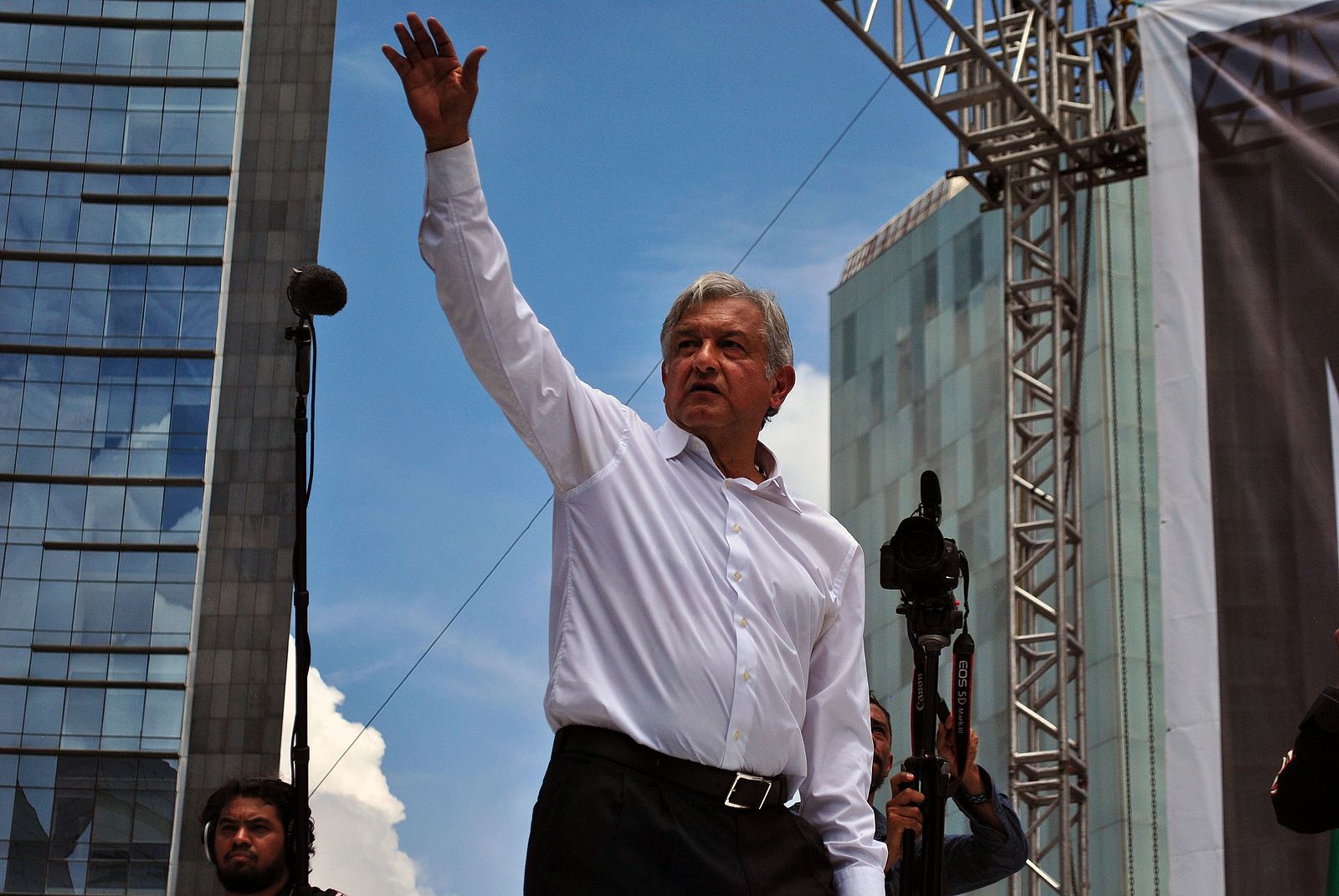 Where Mexico’s Next President Stands On Marijuana

The next president of Mexico, Andrés Manuel López Obrador, is open-minded when it comes to drug policy. Though his personal stance on cannabis legalization remains relatively opaque for now, one of his key advisors who is expected to occupy a...

get ready for some positive change my friend!!

Mexican Senate Leader Says Marijuana Will Be Legalized This Month

The Senate leader of Mexico’s ruling party said that the lawmakers will vote on a bill to legalize marijuana for adult use by the end of the month. There are numerous pieces of legalization legislation already on the table, but Sen. Ricardo Monreal...

https://theleafdesk.com/mexico-will-legalise-cannabis-this-month/
The leader of Mexico’s ruling political party – Senator Ricardo Monreal – has confirmed his country will fully legalize cannabis by the end of the month.
I’m ready!!! 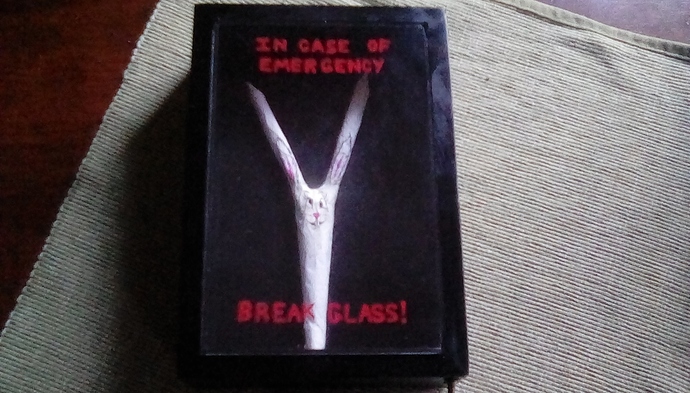 Wow wish the us would just do the same. 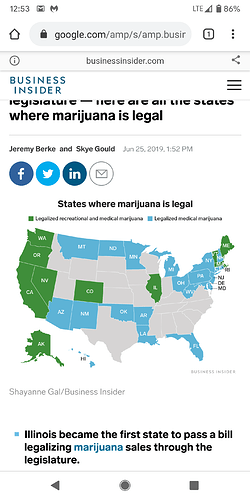 Wow wish the us would just do the same.

Once Mexico legalizes the U.S. will be in a vice both financially and ethically between Canada and Mexico. I think Trump might push for legalization as a last ditch effort to win the losing battle of re-election. Not looking too good for him now but that’s what they said in “16”.

It might not kill small business rather drive it to the black market side.

I frequent weedmaps and look at reviews people leave here locally …there’s a shop opening up and a week later it’s shut down… people think they can just sell some weed and make money… It’s more than that now. It’s like a cannabis plant… It cracked it’s she’ll started her Taproot grown into a beautiful seedling and now starting her veg state… We are all the nutrients and water and air to make this happen our way!!

yea the us needs to catch up on making cannabis legal let adults grow craft pot. no big companies to grow cannabis just adults and we can make what ever we want from the plant like hash juice the fan leaves edibles oils etc no plant count or amount of weight 1 can have completely free to grow. inside or outside

because big business will take over the industry

Just like beer which in the U.S. has grown into a major money maker for those looking for quality, not quantity.

You can get it cheaper on the black market.

I was just in California recently. My first trip to the States in years. I stayed with a buddy of mine that supplied a lot of blow for Southern Cal in his heyday. He did hard time a long time ago and hasn’t dealt since but as you can imagine he has some pretty good contacts. He had just bought a half pound black market for personal use and it was just as good, if not better, than anything I smoked that came from legal shops, at half the price.

They just published the new law:


This is the take away:
—Adults 18 and older can possess cannabis for personal use, cultivate up to four plants and purchase marijuana from licensed retailers.

—An independent body called the “Cannabis Institute” would be charged with issuing licenses, setting potency limits and monitoring the implementation of the law, among other responsibilities.

—Strict restrictions would be imposed on cannabis packaging. That includes requiring nondescript, standardized containers that do not feature depictions of real or fictional people or testimonials.

—Marijuana can only be consumed in private spaces.

—Only medical cannabis patients would be allowed to purchase infused edibles and beverages.

—Unregistered seeds or plants would be subject to forfeiture.

—No pesticides could be used on cannabis plants.

What do you all think about edibles for medical only? I PERSONALLY think there should be some kind of check and balance for edibles. Before y’all jump on me remember, this is my opinion and everyone knows as such it don’t mean shit except to me. The reasons I have for saying this are both personal and public. I have been smoking pot for over fifty years and in all that time the only times I have wanted the effects to stop has been on edibles. On the flip side some of the most fun times I’ve had on cannabis have been on edibles. My major concern is the uneducated and inexperienced. How many of us know people that edibles were their first experience and because of an overindulgence won’t even talk about pot again? How many of us know of accidental ingestions? My friends mother came to visit a few months back and was looking for something to snack on and found a frozen brownie stuck in the back of the freezer. She microed it and ate it and 45 minutes later she was higher than a laboratory rat. Her first experience. 71 years old. They were about 30 seconds away from hopping in he car and driving to the hospital. Poor woman will never be the same. I remember in the recent past lying on the bathroom floor because it was cool, sweating like a pig, hoping if I got sick I could get my head up over the toilet rim. LOL. I admit I took that upon myself with completely wide open eyes and don’t really see it as a bad time, just long. But what about the amateurs? In the end I have never seen a first timer overdose on smoke or vape but mucho on edibles. I don’t have the answers, do you? Maybe Mexico is on the right track by making you consult and get a card. Who knows? Gotta go. My magical butter machine timer just dinged.

That’s great to read! Wikileaf has an article about their ongoing work to get the bill passed by the Oct. 31st deadline. There’s worry that thing’s can still go bad. Like a state run system modeled on Canada, which is scary. Or just a simple ministry that gives out consumption permits, without changing anything else. I hope that plan that I just read is what goes into effect! I really like the part about giving the indigenous and lower class 1st dibs on cultivation permits. Too many laws leave out any part about trying to undo the destruction the drug war has had on the people most affected by it!

I really like the part about giving the indigenous and lower class 1st dibs on cultivation permits.

I just hope they make the licenses non-transferable. Otherwise it will be the same old money talks and bullshit walks scenario.

The supreme court gave Mexico a 6 months extension until April to vote on the new cannabis laws. I think this is a serious mistake in that it gives all the illegals time to get set up to sell on the black market as well as position them to extort anyone who receives a license. They are allowed to vote on the new laws anytime they feel ready. The only thing that might really be cool about the delay is if they made the actual date of legalization 4/20. I am only looking forward to be able to grow my own… Retail shops do not interest me.

I agree 100% also i only want to grow my own. I wouldnt mine some retail shops maybe for seeds or clones maybe.