I'm back to discuss curing

This has been discussed before but never got a good, defenseable reason for jars. What is the reason for curing in jars? Why take the chance of mold because the jars weren’t burped enough? I just change drying room conditions to cure. Higher humidity and lower temperature in the room. If the Boveda packs are 62% RH then why not just make the room 62% RH.

It appears that every article written says exactly the same thing about curing. Use jars and burp them. Never seen an article that says why you want to do this. It looks like these articles are for home closet growers that do not have a dedicated room for drying.

Anybody know why you want to cure in jars? Why would bud be different than tobacco?

Hi there! Sounds legit to me. It’s not easy to stop evaporation without using some kind of airtight container. A room with raised RH would also suffice. In fact, I dry my bud in a closet with a humidifier set at 65% & heavy curtains but a light fan. After trimming I left a big bowl of rough buds and forgot about them for months. After I found them we decided to squish them & the return was crazy.

As long as you can maintain the RH, you’re good 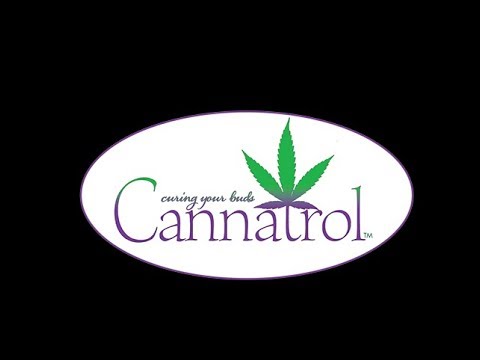 Drying and Curing Cannabis: The Art of Enhancing Effect and Flavor — Ed...

How to improve the flavor and the high of your cannabis buds by implementing a controlled drying and curing process. By Franco, the strain hunter.

There is absolutely no reason , the jars and the paper bags were used when the people grow illegally in basements , because it was convenient. Actually the drying and curing are the same process , with one difference you want with the drying to get rid of the water a little bit quicker to prevent molds , and with the curing you want to make sure they are on right moisture ready to consume , as long your curing/drying is not crazy fast with heat or similar the cannabinoid and terpenoid content are not effected . There is no study that prolonged curing increse terpenes or cannabinoids . We use Integra Humidity Packs , from trimming they go in plastic bins with bunch of Humidity Packs they hold the humidity perfectly , and you will be surprised how accurate are they , even if you use few of them . As soon all the trimming is done , we pack them together with the Humidity Bags , so they basically cure all the way to supply chain . This site was supposed to be for commercial place , not basement growers , we need to stop with that Bro Science : Jars,Flushing(except Rockwool) , Nutrition deficiency and etc …

Curing in jars and burping does a couple things, but doing it that way is definitely not the only way or the best way to do it. First, burping releases excess moisture and ethylene. Both of those things will cause spoiling if they aren’t kept in check. Cure Advantage, the guys with the C-vaults that have hooked up to a computer box, are using an ethylene meter to tell them when a batch is “cured”, or shelf stable. Ethylene meters are used in fruit and vegetable production to do the same thing. Typically the levels of ethylene will drop over time and the levels of CO2 will rise. When these values are equal to each other, it’s a good indication of “ripeness”.
Next there’s moisture. Specifically the moisture within the flower. Even more specifically, how the moisture is distributed throughout the flower. Having a bud that is soggy inside and crunchy outside wouldn’t be considered cured, but it may be considered dry. Put that bud in an air tight container and the moisture will evenly distribute. Think of putting one small, wet piece of paper towel into a bag of chips then re sealing it. Within a few days all of the chips will be soggy, but the paper towel will feel drier than it was when you put it in.
Using a humidity pack inside a sealed container is a great way to make sure everything is evenly moist. However, it won’t do anything to control ethylene or CO2. Also be aware of the temperature and how it affects humidity. The colder the temperature, the less water is actually able to be held in the air. So bud stored at 62% and 15°C will actually be drier than stuff stored at 62% and 25°C.
I also asked @jane a few questions about their product in the original post for the interview that has been linked above. Hopefully they’ll chime in.

There is also the topic of Water Activity and minimizing the chances of bacterial and mold growth, which I’ve only ever heard mentioned by a few people within the industry. The same thought and consideration that goes into making a pack of beef jerky or dried apricots shelf stable and safe for consumers needs to go into cannabis.

Thanks dev for the great reply. I’m an engineer so I tend to think of everything in terms of physics.
The ethylene reference was really interesting and definitely applicable to the curing process.
Putting buds in a glass jar with a humidity pack will not do much for the bud at the bottom of the jar. The only mechanism for moisture transport is diffusion. This is really SLOW! Especially in an environment with moisture movement interrupted by other buds that can latch on to that moisture. If you tumbled the bud in the jar so that the bottom nugs move closer to the top would counteract this.
The humidity reference you make is called absolute or humidty ratio not relative humidity. The reason that relative humidity is the preferred reference is because it is the best predictor of moisture content on a surface regardless of temperature. VPD is BS. Moisture transport to and from an adsorbing or absorbing surface is NOT determined by VPD the way it is defined by the plant people.
In the end, it appears that the vast majority of informational articles about pot are aimed at home growers and not commercial.
Thanks again for the ethylene reference.

Thanks for redefining those terms. I’m definitely not an engineer who thinks in terms of physics.
If you’re looking for more information, I’d do some research on commercial drying for the food industry rather than in the cannabis industry. There are lots of really interesting mechanisms for getting moisture out of food products, though few are applicable to cannabis because of either the temperature involved or the processing method. Ultrasonic drying may be a quick and less harsh way of processing compared to many other current methods.

— I developed my system 35 years ago by trial and error.There wasn’t anyone I could ask for advice at the time.
— After curing the plants in the curing chambers I devised, I would bag up the buds in 1 gallon viploc bags. I would fill the bags about half way, I would puff them up like a pillow, seal them and put them in a refrigerator on their sides at 40 degrees. (I used 4 refrigerators.) This would cause the moisture to condense inside the top of the bags. I would then turn them over, with the moisture on the bottom, causing the moisture to evaporate up through the buds resulting in uniform moisture in the buds.
— Then, the next time moisture would accumulate on the inside top of the bag, I would open the bag and wipe the moisture off the bag with a paper towel, reseal it, turn it over and put it back in the refrigerator. I would repeat that process over and over until there was no more accumulation of moisture in the bag. Wa-la, perfect bud every time. It took about a week to 10 days to get it to that point.
— During this process, I would dump the buds out of the bags every couple of days unto a tray and and let them get some fresh air. Not too long. Then back into the refrigerator until done.
— Simple system. Cure by eye.

Re. buds on bottom of the jar not getting the benefit of the humidity pack:

This may be a reason for cvaults or airtight containers that allow for more surface area where the rehydration magic can happen.