I had a buddy point this article out to me the other day and he’s been preaching this as gospel: 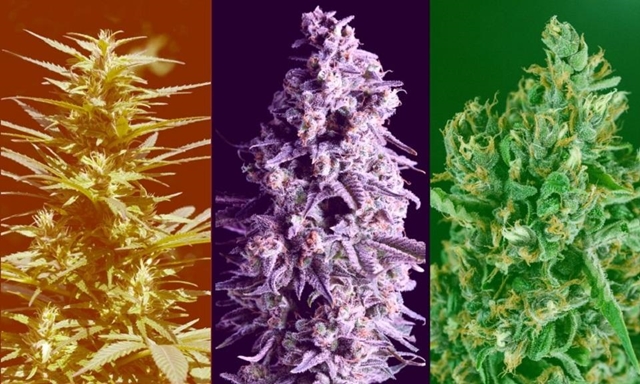 Indica, Sativa, Ruderalis - Did We Get It All Wrong?

It seems Richard Evans Schultes, the man who created the original taxonomy for cannabis in the 1970's, mis-identified a C. afghanica plant as a C. indica plant. That one mistake began 40 years of confusion which has only been dispelled by...

Basically saying we’ve been calling things by the wrong name (and continuing to do it.)

Do you have any comments or ideas on this? Any validity to this? I’ve never once, ever, heard someone describe something as “Afghanica.” Are the times a changin’?

yep, article is spot on - it will be via terpenes that we best find the
actual effects of each plant/strain. Thanks for caring!

It’s an interesting question that will likely bump into other issues.

His genetics work is spot on – the three subspecies are naturally found in those particular environments. However, changing the nomenclature of the subspecies is unlikely to happen, and would probably cause confusion, particularly for people trying to read older texts.

The other thing is that typically, in order for species/subspecies names to change, a phylogenetic change needs to be identified (IE this species was in the wrong genus/family). Otherwise, people who identify stuff in sciences get the right to name it whatever they want.

Otherwise, people who identify stuff in sciences get the right to name it whatever they want.

So if it was identified by this guy, despite incorrectly, technically it can’t be changed even if he messed up because of no phylogenetic change? Or at least one that hasn’t been identified yet?

Literal meaning to “etched in stoned?”

In Alaska as well as many other legal states the "batch " is supposed to be "strain " specific. There is a lot of ambiguity it seems as there is no real proof of genetics other than some industry excepted jargon or artist rendition linage trees. So the strain is cannabis but has a goofy batch name ( marijuana for one) attached that is supposed to hold water in the legal tracking arena somehow. Lab tests of dna need to be applied for some sort of real identification , however it will all be from the strain, cannabis , not green crack or wedding cake , and only the terpene , cannabaniod profiles and dna ancestorage will shed light on true linage and benefits. Meanwhile we try to be compliant to the best of our ability .

At Cannacon Seattle Sean Myles, one of the Keynote Speakers spoke about the genetics study his group is doing and it too concluded that the industry is confused on what we call our products. Their research was not published when it was presented but it might be out by now. Interesting stuff, more studies will come with legalization.

I’ll have to check that out, thanks Larry!

and that Cannabis strain names do not represent meaningful genetic identities.

You mean to tell me “Sex Bud” and “Cat Piss” don’t represent as strain names? I can’t give “Green Crack” to grandma for glaucoma? What is this world coming to?!

Otherwise, people who identify stuff in sciences get the right to name it whatever they want.

So if it was identified by this guy, despite incorrectly, technically it can’t be changed even if he messed up because of no phylogenetic change? Or at least one that hasn’t been identified yet?

Literal meaning to “etched in stoned?”

That’s actually correct. There are several cases of things that have been named inappropriately and just stuck that way because there was no need to change them (the inaccuracy didn’t affect anything else).