Is any one REALLY afraid of Monsanto? Why?

Is there a way to do large-scale farming where your’re not turning the soil into cement or decimating insect populations or polluting the aquifer, etc.? So many inputs needed just to keep the myth alive.

Try reading Oregon CBD’s contract for their ‘curated’ hemp seed, they seem to have the same lawyer or found one of Monsanto’s contracts !

under capitalism, the line is when it can be successfully prosecuted.

I mean the truth is this. if you are growing IDC if home grow or commerical. You probabally are usuing one of their products. They are smart. Very smart. One way or another you will eithet buy their products or the cannabis. They cant lose. As for patenting. i think 10% difference from parent strain is required. Must be visable difference i think. Some of us are working very hard on projects that could yield retirement money…

Yes. Alfalfa farmers in the Christmas Valley, Silver Lake area of south central Oregon are using GMO’d seeds provided by Monsanto. My family has been growing alfalfa out there since 1968. There are also alfalfa farmers dedicated to organic GMO free alfalfa, which is less expensive to cultivate. The GMO seed farmers use fertilizers and herbicides, these have a drift which has settled on farms that are organic, or not using GMO seed. This has caused a rift in the community. Unfortunately as we see in our industry, the ratio of seed providers to growers is not equal, so to find non-GMO’d alfalfa seed is much harder these days. This too has caused a rift in the business structure of agriculture.

My first experience with GMO seeds for AG was in 1996 as a research assistant at The Ohio State University Horticulture research farm. Burpee used our plots to research GMO seeds. Now we see a division among garden seeds as those labeled ‘Heirloom’ or not labeled with information that they have been genetically modified to germinate and grow in anybody’s garden.

We genetically modify cannabis by selective breeding to bring out the cannabinoid profile or terpene profile. The real question to ask when emotions are concerned is, “What is the purposeful intent of genetic modification”.

The exploitation of gluten came from Monsanto stealing wheat seeds from the high elevations of India. Gluten causes a lot of problems in pre-made box mixes or large food manufacturing facilities that use flour. So, for a company to increase profits they have to eliminate the problems, especially the formation of gluten when making mass amounts of bread. What a great way to exploit the wheat seeds stolen from India other than create a false epidemic of that which increases their profits and gives them reason to exist.

So, when we GMO our cannabis plants and people start getting emotional, go back to the original question, ‘What is the purposeful intent of genetic modification’. Explaining is giving education which can eliminate fear.

Monsanto is not a good company, there is at least one CO2 extraction company in Seattle whose owner is financed by a Monsanto employee. To date that company has shown multiple reasons why people who work for Monsanto don’t have the same golden rule life ethics as those who know better.

Nick,
Great reply… very interesting…
Time will tell what the Monsanto type companies will do in the cannabis industry… from what I have learned over the years is that big companies will eventually swallow up the smaller companies… if they let them… if the smaller companies supply high quality products, they can compete against the big boys… Monsanto, Dow-DuPont, Syngenta and the like are the main players in seed production for the AG industry… BUT there are still many small family owned and operated companies that are flourishing. These small companies are NOT really doing anything different that a Monsanto. They are creating GMO/BT seeds, hybrids and the like… just on a smaller scale… actually many of these smaller companies have the advantage of having flexibility to react faster and in many cases have better yielding products…

GMO and BT seeds:
In my previous life, I worked in the AG industry, specifically in the seed corn production arena. BT-corn, (genetically modified corn seed) was originally developed to help corn plants tolerate disease, droughts and insects and of course to increase yields… contrary to a lot of stories you can find online, to make a GMO plant, companies DON"T cross a corn plant with genes, say from an bird to help the plant fight off insects… Seed companies will basically take a donor organism maybe a bacterium, fungus or even another plant for a particular protein and pull a single gene and insert it into the structure of the corn’s DNA… In the case of certain Bt corn plants, the donor organism could a naturally occurring soil bacterium, and the gene of interest produces a protein that kills a particular larvae, say the European corn borer. The final seed is made up of say 99.99% of its original DNA and .01% a protein from a natural occurring organism.
Farmers will plant the BT-corn as an alternative to spraying insecticides for control of European corn borer.
GMO products have been around for many years and if you consider the fact that most countries have run out of enough tillable land to grow enough crops on to feed their people… i.e, CHINA and most of Asia… if it weren’t for these advancements millions of people would literally be starving to death.

In the cannabis industry plants are cross breed all the time… it is the same exact process that the big boys use in the AG industry… over the last 30 or so years the big seed companies have realized that at the plants DNA level, they can make these changes and be more precise and more timely compared to the older more conventional methods.
I would assume that if and when it becomes available or necessary, the same practices will start start to show up in the cannabis industry… but who knows.

I see no inherent problem with GMO, and I"m unclear why Monsanto is synonymous with GMO. I mean, I get it, they do it, but I don’t see GMO as the fundamental problem with Monsanto. I see it as a distraction from the real problems with them, e.g poisoning the environment and acting as another cog in an unsustainable system.

If you are interested, we have none other than the Hydroponic Chef from Hawthorne Hydroponics over at today’s AMA. Click here to check it out!

Wow, where do you get those beliefs??? Please understand, I mean no personal rebuke,
however I do believe the public education system has done you a grave injustice. You have no idea of the capital costs associated with purchasing land! Bare ground suitable for orchard planting is currently going for about $14,000/ ac. in the California valleys! What kind of idiot would pay that and systematically turn his ground into ‘cement’? Devastating insect populations?? In almonds we pay bee keepers $280/ac to rent their bees for about 3 weeks…where is it in our self interest to ‘decimate insect populations’?
Finally, do you realize we rely on the ‘aquifer’ not only for our irrigation water but also the water our families use on a daily basis??
Sounds to me like the only exposure you have had to economic agriculture came from reading Rachel Carson’s ‘Silent Spring’. I hope and pray you never have to raise your own food so you don’t have to suffer the ‘myth’ of feeding yourself! I respectfully submit this for your consideration. Thank You

Hi rflasch. Thanks for your reply.
The cement comment was a little sarcastic, I’ll admit, but what I"m pointing at is the use of dirt as simply a medium for delivering nutrients, as opposed to being nurtured to function like a living soil, you know, like it’s supposed to… you can reference ideas around Peak Phosphate, if you like, and there’s also nitrogen runoff creating toxic green algae plumes, to name a couple of effects of factory farming.
The insect thing is well noted in current news, plummeting bee populations, as well as insects dying off…which is most likely due to Glysophate:

Why insect populations are plummeting—and why it matters

A new study suggests that 40 percent of insect species are in decline, a sobering finding that has jarred researchers worldwide.

and the aquifer thing, well, that’s mostly poisoned by 3M with PFAS, but here in AZ the aquifir is being grossly depleted by foreign farmers: 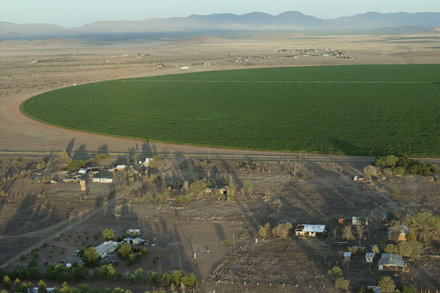 The Water Wars of Arizona

Attracted by lax regulations, industrial agriculture has descended on a remote valley, depleting its aquifer — leaving many residents with no water at all.

Which isn’t Monsanto, so you got me there

I read this book a couple years ago, which is really great, and lifts the blinders off of way tomatoes from the store suck so bad:

Which is just one reason why ppl have started buying organic in greater and greater doses. Another is: 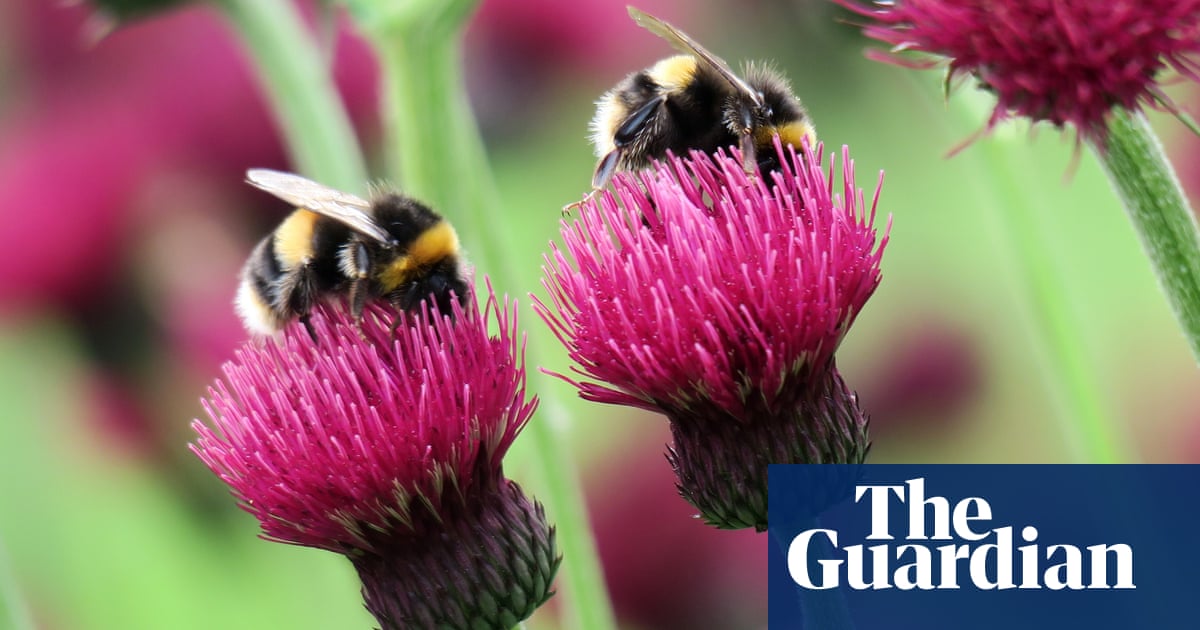 … Indeed, why on earth would anyone be afraid of Monsanto?

Basically all the is is CRISPR cas9 DNA gene rewriting. They can take the DNA strand and place another letter or number per say into the coded structure they can replace just one single genome digit there fore changing the molecular structure of the plant itself. You can literally take any characteristic and magnify its existence or minimize the out come or diminish it completely just a single trait or feature of the plant remember. Its crazy stuff.

Glyphosate is an herbicide not an insecticide. While it might be toxic to pests in large quantities, it is not labeled or intended for that use!

Yep you’re right. Got mixed up there.

My fears remain the same. Monsanto is sterilizing the soil all over the planet and RoundUp is doing it. We all should imo be afraid of Monsanto. Look at Hawaii. It’s heaven but it’s also where Monsanto are growing a lot of their frankenfood crops. Hawaii won’t be heaven for long.

A lot of valid concerns on this thread. It’s good to see some awareness

So cannabis has a THC cap it can naturally produce. Dont qoute me here but i think its aroumd 87% (if anyone knows the exact number please correct me.)
Now NO ONE has figured how to do this. YET. when a company can produce seeds that have flowers yielding that high content. aswell as extreme yeild. Who will the general public buy from? A 23% or say a 70% seems pretty simple maths to me. Most people dont care where it comes from. As long as it blasts them off. Ignorance is bliss. 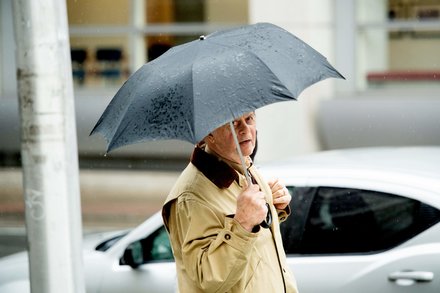 The finding was the first verdict from a federal jury in thousands of similar cases against the company.

Phylos CEO basically explains how they acquired the data they needed from their testing clients.

He goes on explaining how this aggregated data now creates a barrier to entry protecting them from competition.

Their board of advisors are specifically appointed to facilitate a future acquisition (upon federal legalization) by one of the Big 4 Ag companies, which are Syngenta, Dow Dupont, Bayer and BASF.