Awesome to see the world embracing the plant 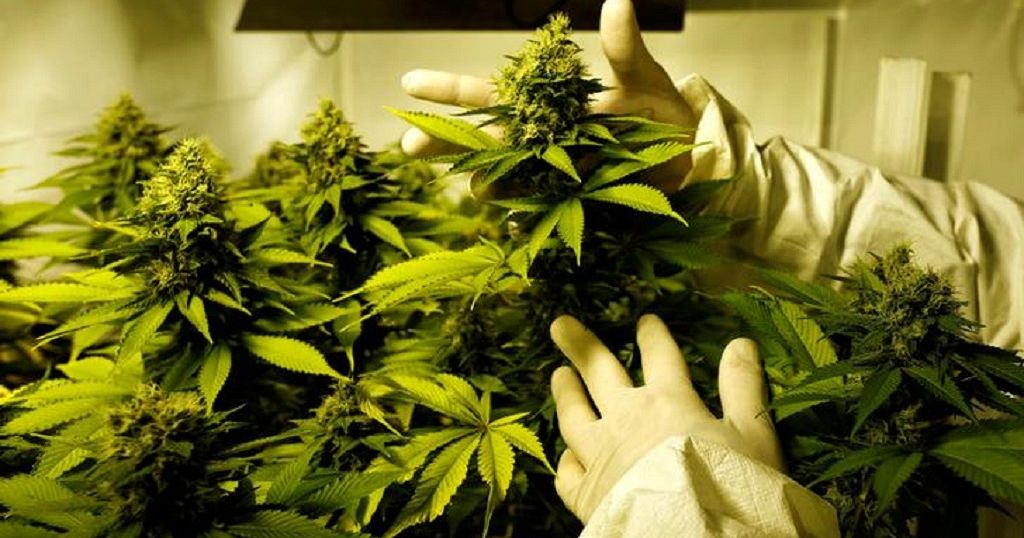 The global market for medical cannabis is currently estimated at $150 billion (135 billion euros) and could reach $272 billion in 2028, according to Barclays Bank.

Woot, Woot!!! Great news for our African friends! What do you guys think, : @chrisj , @docdre and @kidete (and all the other african members I don’t know about)? Will this make a difference for you?

It is fantastic news that african countries are finally hoping on board. The biggest issue that we face is that its mostly for business and corrupt business officials who take the money. For instance in Lesotho and South Africa where cannabis is part of cultures and customs people are being arrested every day, smokers on the streets. Businessmen who dont even smoke weed are making the money, importing the staff and exporting the product. That is the sad reality of the system that has been regulated.

I still rate people are being abused and arrested everyday for small amounts of cannabis in SA. Recently a rasta elder was killed for his cannabis by our police officers. So all looks good on the surface but bottomline not much has changed.

I feel a bit like that here in Quebec… no death, but backward thinking is killing the fun of legalization…
It’s all about the money and who has the biggest pocket and contacts!

That’s Great News for Malawi.
Sadly @chrisj is speaking the truth. Our country and other African Countries are run to in rich the rich and fuck over the poor.

I see it in my neck of the woods too

I hope things will be easier in terms of getting Malawi strains across the border to Kenya. We rely on long distance truck drivers who travel from South Africa to Kenya and at times, border patrols are hell

I feel a bit like that here in Quebec… no death, but backward thinking is killing the fun of legalization…

Whats even more interesting Canadian companies are dominating our markets. If my memory serves me correctly, the gatekeeper to cananbis licenses in SA has already screwed over a canadian company and they pulled out. The company she runs comes across as a “cannabis for the people” type of vibe, but it is totally the opposite. They have spent millions if not billions on research, with not one ounce of cannabis to show for it. Many years ago I worked with the “upliftment” project the person in question was spearheading, the whole thing was a front. The hardworking guys I worked with, just got screwed left right and centre. Sad reality, but that is the way the system works. Cheers to the outlaws, may we survive for long and provide the real medicine to people.

Cheers to the outlaws, may we survive for long and provide the real medicine to people

I can already taste the Malawi Cob (Malawi Gold)

Montreal, Canada based LGC Capital has canceled its participation in a deal with South African company House of Hemp (HoH). The parties had previously announced plans to develop a medical research, cultivation and commercial production facility at a 424,000 sq. ft. indoor cannabis growing operation in the Dube TradePort AgriZone near Durban’s International Airport. Under the deal, LGC was to partner with SA farm transport firm AfriAg, with both firms taking a 30% interest in HoH.

Now this is the interesting company, HOH. Had a license to grow hemp for over a decade and produced nothing, with millions and millions squandered. I could go deeper down the rabbit hole and you might think I am a batshit crazy conspiracy crack head, but this is what we deal with in Africa. Got secret recordings of the owner repeating she is the queen of cannabis and now after 20 years she wants to fight overseas companies/seedbanks for South Africa’s heritage “Durban Poison”. Let me just stop there, the plot thickens with this one.

Congo/DRC has had a similar experience. International companies pulled out very quickly after the son of the despot president stole millions of state funds and fled the country recently. A friend was literally in the country setting up projects when this all happened. Its now seen as too much of a risky investment and investors have looked at more stable countries to invest in.

The Congo has been well known for many years for its good quality cannabis and unique strains . African countries such as Zimbabwe, South Africa, Malawi, Lesotho and now Congo are moving with the times and allowing cannabis to be cultivated in their countries, usually sold for export under medical or research permits.

The government in Brazzaville, which is located on the Congo river and opposite Kinshasa, has given the green light to cultivate both hemp and medical marijuana on a 200000 Ha area. The Congo Brazzaville Presidency has agreed to issue a limited number of cannabis licenses to interested foreign investors. Source

And then you look at South Africa. 18th September 2018 everyone was shouting from the rooftops legalized, decriminalized due to the court judgment. In actual fact the judgement had nothing to do with cannabis but rather our constitutional right to privacy.

OOppps there i go on a tangeant, going to smoke a phat joint and relax. Anyway weed is legal in my home. F da police.