Marijuana addiction is real, and rising 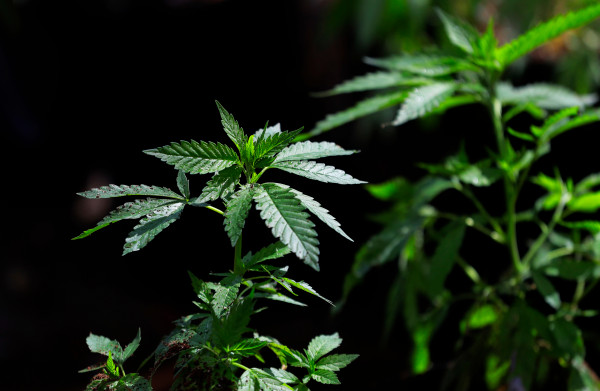 Marijuana addiction is real, and rising

For as long as most residents can remember, smoking marijuana has been a part of life here. The fact that California legalized the practice in January went practically unnoticed in this quiet town …

I didn’t know it was a thing. But if the physical symptoms are presenting… it’s hard to argue with that.

It’s a tough nut as those symptoms (chills, sweats, cravings, insomnia, loss of appetite, nausea, anxiety and irritability.) are pretty much the same as generalized anxiety disorder.

IMHO - The whole debate around cannabis addiction is a lot like the sex addiction discussion. Most people now agree both are harmless until they aren’t…i.e. until they get caught, drop out of school, have an accident, ruin a marriage, etc…then the “addict” finds treatment helps.

The fact that some or even a lot of kids who start early suffer in school is the most classic chicken / egg debate (which came first?). Amotivational syndrome…It feeds the stereotypes and morality discussed this week by @will.i.am
https://forum.growersnetwork.org/t/whats-wrong-with-smoking-weed/11772

There is no doubt use (or any generally pleasurable activity) can become “habitual”…then when someone makes you STOP whatever you previously enjoyed you will likely experience cravings, insomnia, loss of appetite, nausea, anxiety and irritability.

A bit part of the difficulty is defining words that describe our use as - Habitual, Addictive, Dependent. Usually the differentiation rests on the harms and negative outcomes of the use.

For decades we have argued the greatest “HARM” from marijuana use was created by LEO, and black market related crime. As popular opinion has shifted the warriors are desperate to re-frame their losing arguments.

Also to clarify I do believe that Cannabinoid hyperemesis syndrome or (CHS) is also a “real” thing, IMHO it is more a side effect of chronic use and not so much a symptom of addiction. A lot like the sex addiction and possibility of STDs.

I’m not sure why you would argue with it. It’'s true that some people who use cannabis (weed pot dope whatever) will become addicted. One of the privileges of being an adult in our society is the ability to make personal choices about how one lives one’s life.

If the data was showing an uptick in the usage/addiction rates among minors in states where legalization has occurred, it would - perhaps - be a conversation that was more complicated. But in the absence of that data set, the fact that some percentage of users of a substance will become addicted and perhaps suffer adverse effects is, on its own, not a reason to consider banning that substance.

And that’s without considering the facts from our own history over the last +/- 75 years that making something illegal will not stop people from using it.

So is opioid addiction, meth, caffeine, gaming, alcohol, sex, etc.
As many other have said, even if there is evidence of a Cannabis addiction per se, it is a product that is marketed to adults with the intention of that adult being a responsible user.
My personal definition of an addiction is this:
A substance or activity in which an individual participates in, that interferes with that persons ability to progress their personal capabilities in a positive way.
That could be exercise, politics, a career path, literally anything.
I think that when you bring in physical withdrawals that are created by the possible addiction of Cannabis, I think one debate could be this:
One could argue that these symptoms, such as mood changes, body pain etc, are many of the systems that Cannabis has been proven to alleviate. That being said, it is possible that these symptoms were present before the user ever consumed Cannabis, these ailments where then remedied during the use of Cannabis, and then became present again after the discontinuation of consuming the plant. The subject could become complacent with there personal state during consumption, essentially forgetting about their ailments, perhaps they never knew they had these ailments in the first place until they realised how good they felt on Cannabis. A reverse placebo effect, if you will.
After discontinuing the consumption, it could be assumed that the user would then become more aware of their symptoms.
Assuming a lack of awareness of symptoms prior to use due to this being a normal state to the person, a relief of these symptoms from the consumption of Cannabis, and a realization of symptoms after discontinuing use, it would be easy to see where these studies can show an addiction. Using the scientific method would show nothing else.
But that doesn’t mean the interpretation of the results are correct.