My first cycle and journal 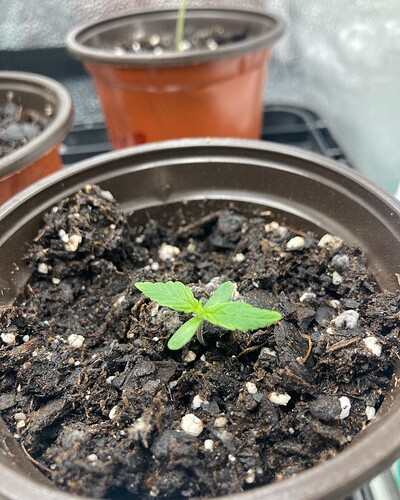 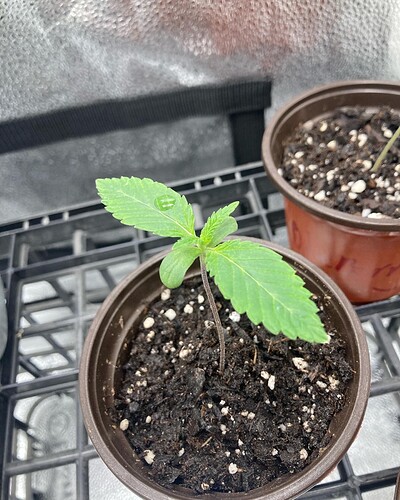 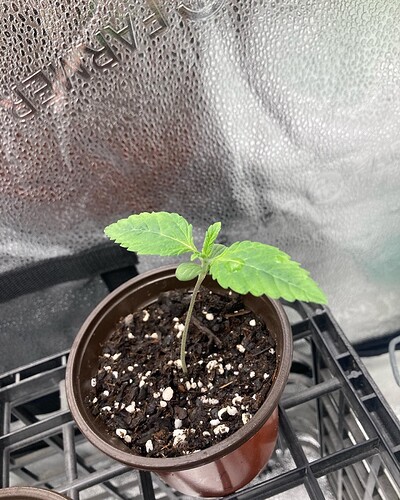 Indica’s are for the most part shorter than blends or Sativa’s. If you want to keep them all the same or about the same just top your taller ones. It sets them back a few days, then there are more tops to grow and they slow down some. It doesn’t always work, but it helps.

At the end of week 2 and their first feeding of nutes. I have been on a 24hr light schedule at 200 par since they were planted and I kept them on spring water since they in these small potting cups didn’t even use 2 bottles of arrowhead water also I know I’m am new but I think more people should try out heating there tents with an aquarium heater works amazing for consistent temperature never any swings unless its 1 or 2 degrees I’m just saying this because I’m in a 60-degree basement and I can keep my tent at 72 with the aquarium heater the light I’m using is 200w 2022 sf2000 but at 200 par its around 40%. Also the nutes I am using is technically an organic grow and its just terp tea 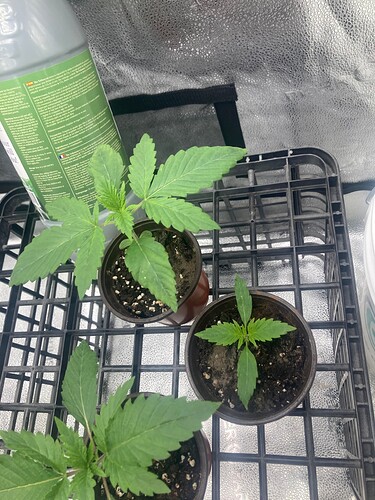 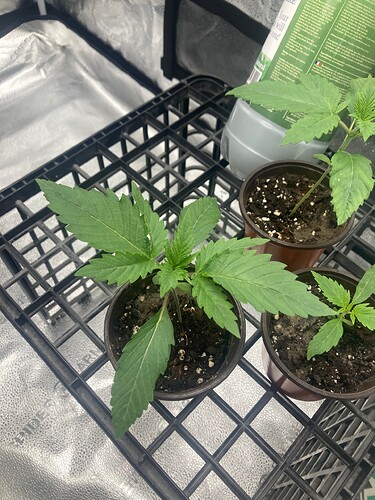 Your doing something right, those girls are very healthy looking! Are you running an exhaust fan? As they get bigger your going to need to keep the air changed out, and put a small fan on the plants to keep them gently moving to keep the stems strong. 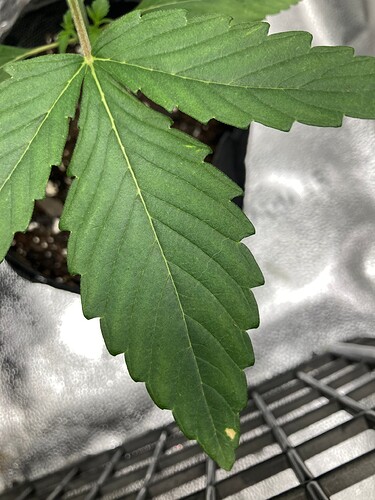 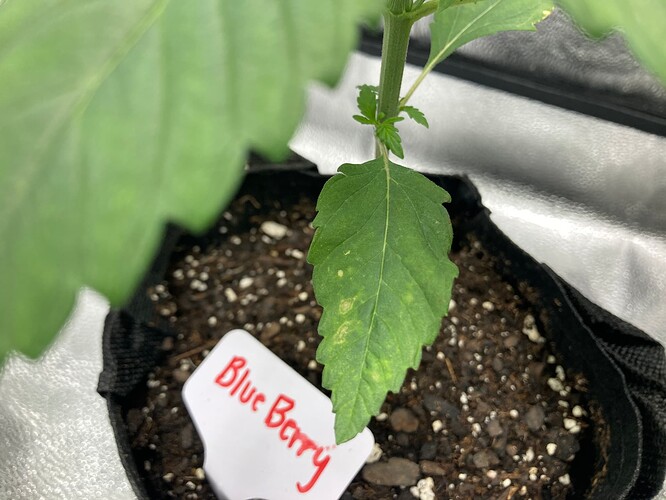 So I just repotted this blueberry alongside the grape diamonds and couple of days later she started to get some brown spots started with just the one in the morning then when I got home I saw the other leaf started doing it to I have not supplemented any cal-mag into their diet yet should I add a couple of mg of cal-mag next watering?

Perhaps wouldn’t hurt but it really looks like something might have just splashed on the leaves, plus it’s a lower leaf and I probably wouldn’t get too excited about it!

Thats the first real leaf, and they go away pretty quick. Mine always do anyway. 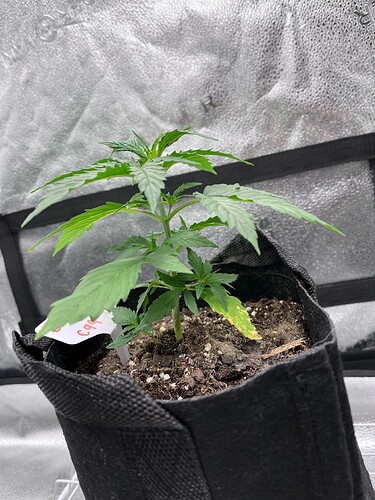 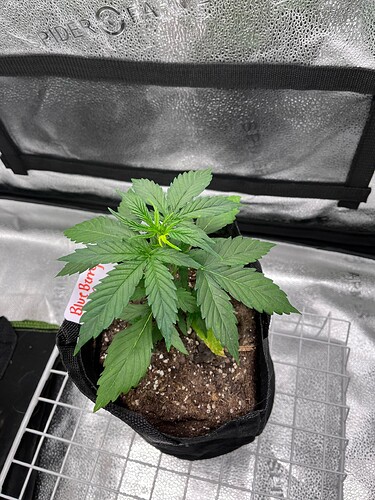 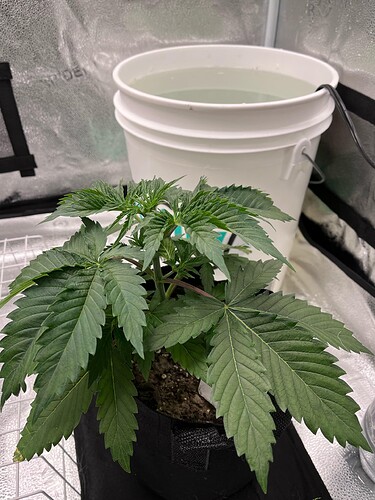 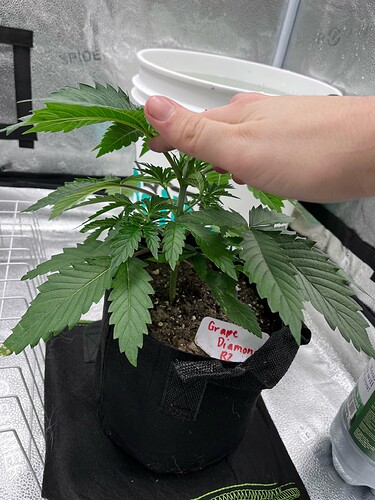 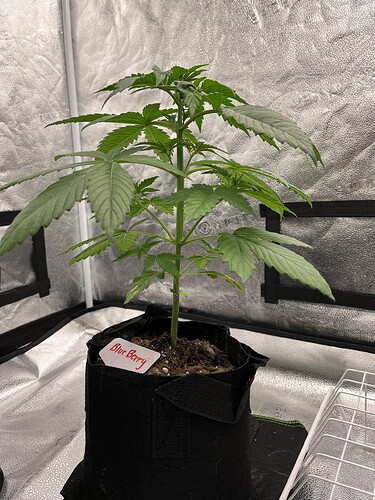 So I’m just wondering about topping because I still don’t completely understand a lot of people say to top at the fourth node however, I still see more and more branches forming higher up on the plant so I don’t completely understand the point. The other branches are still forming I did want to keep it simple but after realizing how much taller the blueberry is it’s harder to low stress train in the one gallon for the blueberry.

After they were transplanted to the one gallons. Humidity was dropped to 60%, with the humidity so low the aquarium heater was enough to be the only supplement for humidity as well being a heat source. PARs have increased from 190 to 300 which caused a temperature rise from 72 degrees to an average of 74 degrees without the humidifier constantly cooling the air it can reach much higher temperatures at the lower humidity level once hit 78 degrees so I changed the thresholds on my controller so it never happens again and they are still rocking 24hrs of light just because the wattage is so low (200 watts at 100%)
It is much cheaper than running a bitcoin miner which consumed 550 watts every 24hrs one the main reasons I started growing was to save money I currently spend on average $6,000 a year at the dispo and my little crypto miner only made on average $2,500 a year so if I could grow myself then I would actually just come out on top with a cheaper electricity bill.