There’s one of the ads shown in the article that’s pretty funny, for a fake brand called Kush.

We watched that two nights ago. Pretty funny show, they also had adds for Lays potato chips and I’m wondering if they spondsered the show?

According to the article it wasn’t an official sponsorship or product placement from Lays potato chips and that the producers just included that in the show on their own. Lays probably doesn’t mind though

Be sure to keep your eyes out for the GrowoniX water filter!

Those Lays boys are great!

I obviously didn’t read the article! Thanks for the cliff notes 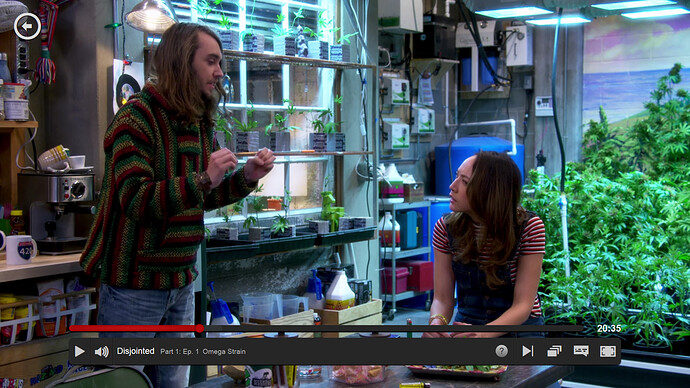 Nice! Did you coordinate product placement with them or did they just put that in there?

Their set decorator reached out to us several months before production. Guess their consultants are familiar with our product.

That’s awesome. I imagine there’s not much opportunity for product placement since the show Weeds ended.

Binged the show while scanning receipts and business cards (a little Netflix makes boring tasks almost fun!), and was fun to play the game of “spot the product placement”.

The Lays thing HAS to be real paid placement? Wouldn’t they have then made a fake “Munchayzz” logo for the chips if it weren’t? I’m pretty sure legal dept wouldn’t let that fly… Might be a sitch where they’re sponsors, while denying being sponsors, since they’re a “wholesome” family company?

I thought the show had some funny moments. The animations were great.
The spoof ads were funny, and the strain o’ the day skits were entertaining.

I just love that Dharma’s mum had a second career

What do you guys think of the ending?

I would have assumed she would have coughed up the ceiling money, and kept the wall safe secret?

This show is amazing. They also deal with some serious stuff like PTSD for vets…it seems like they are going for a Norman Lear All In The Family sort of vibe with some great caricatures.

I really like it, too. A lot of industry people hate it, but it really will help the GenPop get an inside look at us, and see it’s not shady with bums trying to get joints. I love the PTSD storyline as well as the Asian girl in conflict with her parents over med school vs cannabis as a profession. We ALL know someone like that.
Netflix did something the rest didn’t: A sitcom about a dispensary. Kudos for taking the risk!

I honestly couldn’t get into the show. 15 minutes was about all I could stomach; just didn’t grab my attention.

The Lays boys are the best!!! Too funny.