Hello Growers Network
Just wanted to introduce myself and Nutribud. I am impressed with this platform and all the wonderful minds involved.
Nutribud is a 100% organic plant based Nutrient. It is a liquid concentrate that contains 100% of macro and micro nutrients required for any plant to grow and prosper. Nutribud is made from a leaf that grows in the Semi Tropical jungles of South America. It grows in a natural ecosystem and is fed by the natural environment in which it grows. I started the parent company called Watch It Grow Organics in 2014. Since then I have been traveling internationally working as a consultant.

I am so excited to finally announce that we are officially launching the product line in March. My goal here is to learn from the novice as well as the professionals. I do not claim to be a horticulturist but I am passionate about growing any type of plant on this earth. As a consumer of Cannabis for years. I have always wondered what I have been putting in my lungs. Fact is I know most likely it has ranged from fish fertilizer to drano, one never knows. I could go on and on but I just wanted to say "What’s Up Growers Network.

Currently I have representatives in Nevada and California if anyone wants more information. Or you can contact me directly.
Below is a professional Lab Analysis. What I tell people is the only thing I know is #1. It works, #2 One mixes one ounce of concentrate to one gallon of water, #3 One can use Nutribud throughout the entire growing process, no more synthetic chemicals at different stages. I know that may sound to good to be true, but it is. The last fact is, Nutribud’s Concentrate is made from a single ingredient. We import the dried leaf and process it at at a contract facility in California." Single Ingredient, Single Source is our thing. Thanks for taking time to read my post and wish everyone Peace and “GROW WILD” 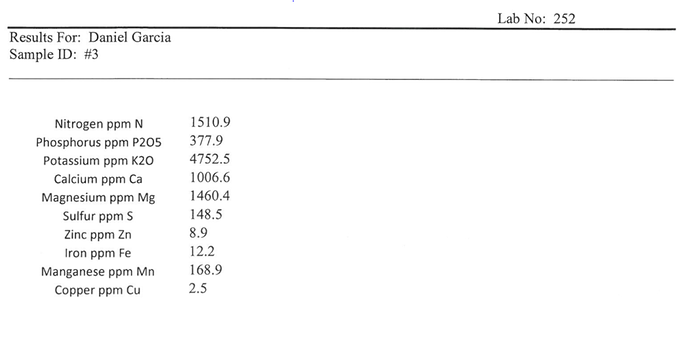 Yes, that is the exciting benefit. Currently we have a large hydroponic grow operation that is doing a side by side grow. They are in the flowering stage and up to this point, they are very excited as the Nutribud plants are performing
as good or better then the competition. Here are a few photos of dirt growing in Colorado. Indore growing in Spokane, WA. And indoor dirt in LA.

They are in different stages of growth as I live in Texas and could only visit when I could. Thanks for the email. 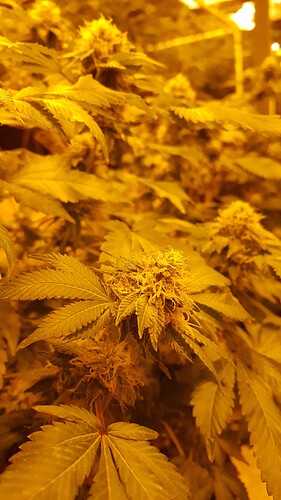 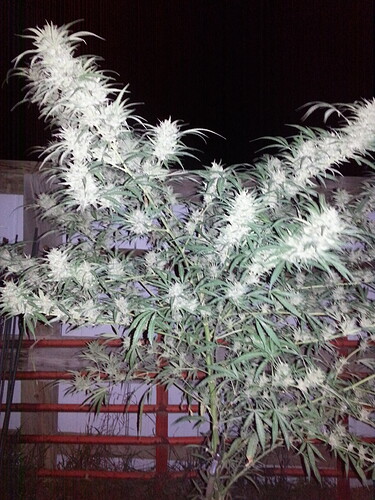 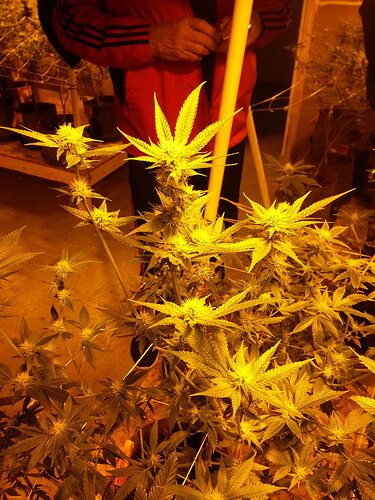 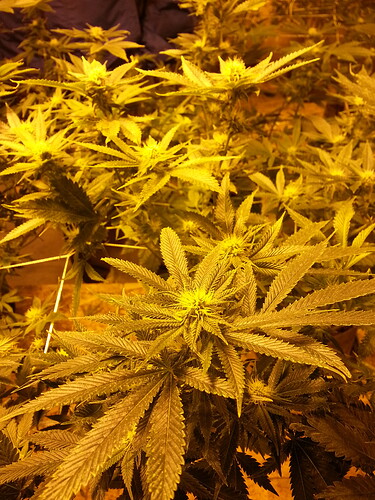 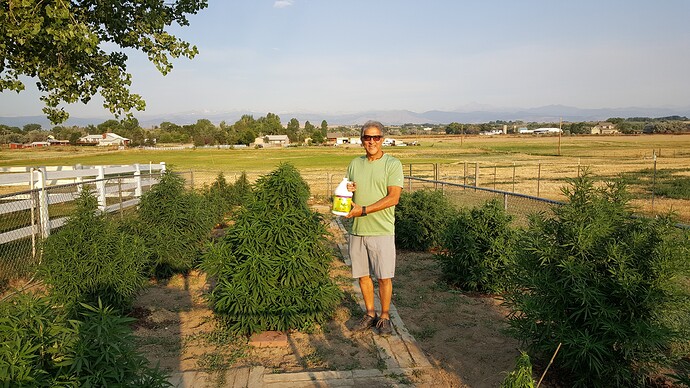 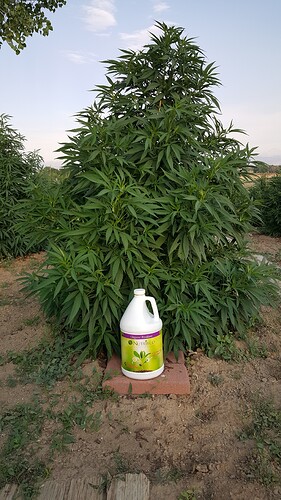 Hi and welcome to GN.

Are you willing to provide enough sample to try on a plant for a grow cycle.

Not to sound insulting or confrontational but those plants don’t look the healthiest. But I also don’t like to take other people’s results as a testament as to what a product can do. A lot of companies will come here to the test lab and have growers use their products for results. Not to brag but we have some of the better growers here on the hobbyist side of GN.

Growers are always looking for that one part miracle nute they can use throughout the grow so if u have a one bottle all grow feed that works it might b worth passing a few bottles around here to get the word out. JS.

Either way. Welcome to GN

Thanks for the email. Yes, samples can be provided. Out of a gallon of concentrate makes 128 gallons of finished product. We also have 16 oz. All I would ask is to have shipping costs as liquid is very heavy. The pictures are at different
stages like I mentioned at different stages. The ones from Los Angeles are a pretty good example of a comparison . One is synthetics, I think they were using 5 different products at different stages in the growing cycle. Believe me, if I could I would grow
some and provide some good examples but I live in Texas.

I used to be a coffee roaster and I would tell people. I had my standards and my coffee was amazing. Once it left the door, it was up to the individual to on how they used it. In growing vegetables or house plants, I have had amazing results.
I went to a few greenhouses in Houston and asked to buy the plants they were going to throw away, of course they gave me a few flats for free. I let them all dry out because a common mistake is people overwater their plants. Most people believe the plants
extract Oxygen out of the leaves, but as you probably know , it comes from the soil through the root system. I then hit them all every three to 4 days. I was able to save 50% of them. They not only came back they flourished. Because it is in a liquid format
the uptake is quick and goes directly to the cell structure. Thanks again.

When u provide samples here the other caveat is people have to supply a grow journal. Not only does your product get a lot of exposure but if the bad results are due to growing inexperience that will show quickly.

I wanted to clear something up about a cannabis plant that u have misinformation in your post.

In a cannabis plant it transpires and respires through the leaves.

Stomata are found on the leaves of the plant in the highest concentration, but they’re also located along the stem and other parts that are above the soil. Having a large number of stomata around the entire plant assists in improving the potential of survival for plants.

These tiny openings in the surface of the leaf and other parts of the plant are where gases are exchanged. These stomata open and close to bring in the carbon dioxide that the plant needs to live and releases oxygen that other organisms, like us, need to breathe in to live. Bringing in the carbon dioxide, which is crucial to the photosynthesis process, is like the inhaling part of the process for us. The carbon dioxide is converted by sunlight (or grow lights) shining on the plant into sugar that’s used for the plant to grow. The stomata also exhale as they release water molecules, and this process is called transpiration. Transpiration is necessary for cooling the plant, bringing in more carbon dioxide, and helping to improve the amount of nutrients the plant brings in.
Stomata have a very straightforward structure. There are two guard cells on either side of the opening, and it is the opening itself that’s called the stoma. The guard cells open and close the stoma depending on the conditions surrounding it. Light levels, temperature, and other cues influence when the stomata are opened and closed. During the morning hours when the sun rises, the guard cells fill up with water and when they are completely full, the stoma opens. At this point, there’s the exchange of gases and the release of the water molecules. (Why we should harvest at lights out)

Plants that are in dry, warmer climates are at risk of drying out from too much water loss from an open stoma. It’s a very careful balancing act for plants to keep the stomata open to bring in carbon dioxide and release the water molecules while keeping them closed for water retention. Some plants have evolved enough to leave their stomata open a slight bit to allow for the exchange of gases while minimizing the amount of water that’s lost out of the opening.

Your plant’s stomata are vital to the health of the plant, and when stomata are unable to perform their job, the plant suffers. One way that you may be negatively impacting the stomata is by overcrowding your plants to where they’re unable to adequately function, as there’s little air circulation among the leaves with too many plants in too small a space. (Why we need fans in our grow rooms and we should keep our plants “dancing” at all times)

Some diseases and fungal problems can also impact your stomata. (White Powdery mildew) is one that can negatively impact your stomata to the point where your plant may die if not treated. The fungus that gives the leaves the look of having a layer of powder on them will block the stomata and the sunlight being absorbed by the leaves. This layer means that carbon dioxide isn’t being adequately brought into the plant, so the process of photosynthesis is affected.

Stomata may not be a mouth in the same sense as our mouths, but they have a function that’s just as important. Knowing what stomata are can help you to be mindful of how fascinating plants are in taking in carbon dioxide and turning it into oxygen that you can breathe. Plus, it’s helpful to understand so that overcrowding and diseases don’t block your plants from reaching their full potential.

Sorry for the long rant but I figure if your in the business you probably want the correct info.

Update on Oxygen and how plants receive it. This is from [
scienceline.ucsb.edu › getkey

Cells in the leaves get plenty of oxygen from photosynthesis, but cells in the roots often need to get oxygen from the environment to stay alive. Even though roots are buried, they can absorb oxygen from the small air spaces in soil . This is why it’s possible to ‘drown’ plants by watering them too much

Totally agreed the roots need oxygen to survive which is why we use aerators in our soils to make sure they don’t compact too much so the roots get enough oxygen. But cannabis plants respire and transpire through the leaves for their main source of oxygen.

This is the other thread @chrisD @jeffpryse

Would u be interested in growing commercially in Canada sask???

Yes, my wife is Canadian and I am writing you just South of Ottawa. Her brother is ill so we rented a house 10 minutes from Canopy in Smith Falls. What do you have in mind?

I have acres of land that I want to utilize and grow some bud or even setting up a few green houses.just started to plan and reach out for support and funding for my future grows

I live in a small town spiritwood sk, farming community,good soil and climate.r u wanting to join my dream plan???

wutang
Thank you. Yes I would be interested in joining your venture… When you get closer to getting greenhouses and ready to plant, please let me know. I am sorry to say, since we are in the start up phase, I do not have the ability to help with funding. I would suggest to you or anyone else that is interested in what we do , to visit our site and fill our our contact form. We will respond and that way, we will have each others contact information. Never been to SK, but I have seen some great docs on it and want to visit it very much.