(Non-Scientific) please don’t blame be if this doesn’t work for you as well as it works for me. Here’s how I make my pond muck. I’ve done this successfully in the past. I use it with weed during veg and flowering for only my outdoor grows. I don’t use this with my indoor plants 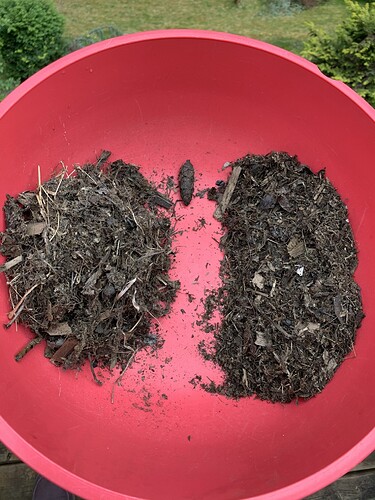 I went to the pond near my house that’s hardly ever used. Ever. It’s too bad. The pond is amazing.

And I dug up a bucket of mud from the water’s edge near the reeds where no one goes. The mud had some reeds and stuff in it.

I brought the mud home and put it in this empty kitty litter bin and mixed in some water. I try to keep it in the sun, but covered with a t-shirt. If it smells like a marsh when the bucket is warm, you’re doing it right. Sometimes it will produce bubbles and look like it’s fermenting. THAT’S SCIENCE! 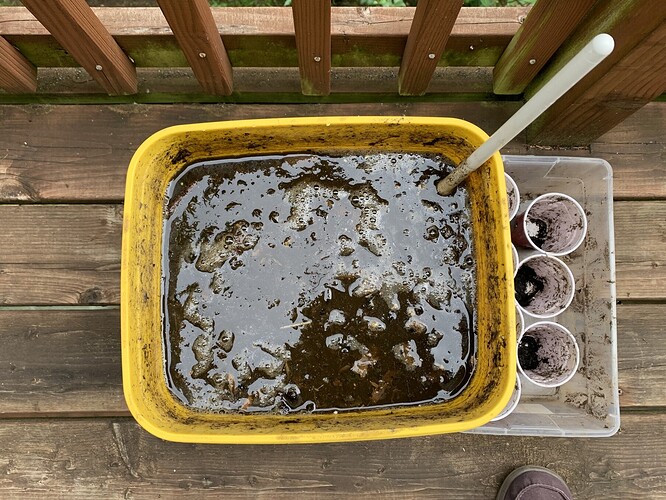 I stir the water around to stir up the sediment, then fill up a bunch of cups with the spoon. The cups all have holes near the bottom. I top off the cups with water/muck water sediment. And then let the cups drain for few days. 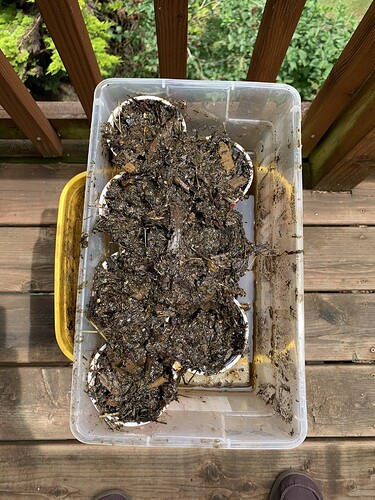 Then I flip the cups over on to some paper plates for a week or two. (Or until I remember) 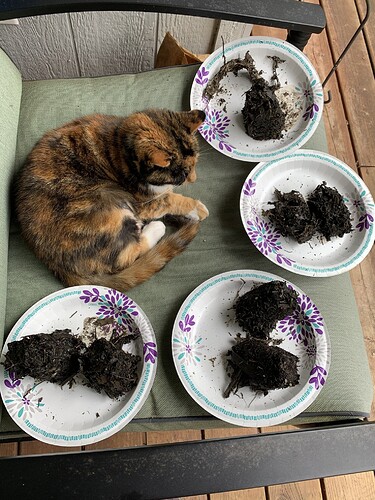 Then they dry a bit longer in my soil-mixing bowl. 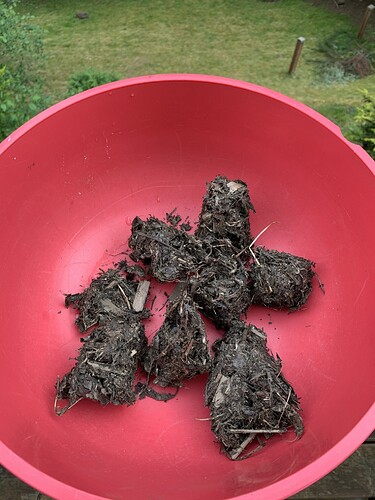 Then I smash them up when they’re crispy dry. 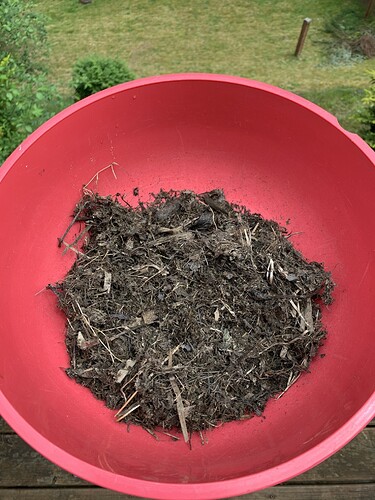 I want all of it. But I really want the powdery stuff on the right. And that little pinecone.

But I don’t need to use it right now, so I’ll store it in this bag until I need it. 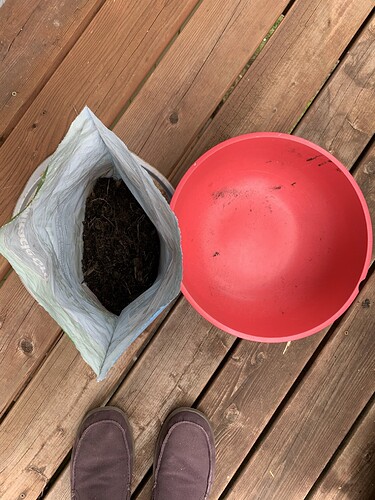 (If I was trying to sell this as anything legit, this is where I would put my disclaimer.) 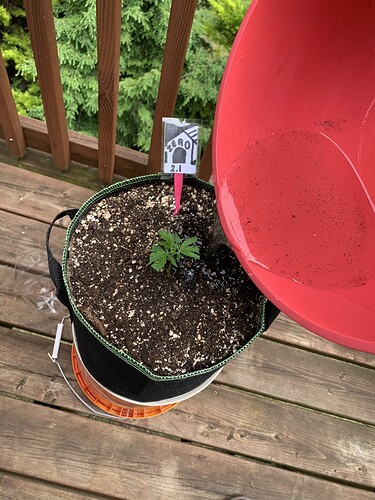 RIP Zero (victim of a brutal budrot attack in Sept '20). We hardly knew ya.

Hi @OlyBoy. Looks like a good plan, pond muck is filled with nutrients and can only add value to your plants.

I went to Mud Bay (it’s a real place) to get a bucket of mud for the batch of muck that I have percolating now.

I only use this on my outdoor plants.

@1sttimegrower I know you’ve got a lot of other stuff going on, but I’m guessing the bridge over by Mud Bay is probably nearby. That stinky Mud Bay mud works great.

I’m cracking up because Buzz’s is my outdoor hangout at least once a week on nice days. So, I know that area well. LOL … now that the back area of Buzz’s is open, I think I can get some muck back there when the tide is low. Also funny because I was gonna ask you about your muck. LOL Thanks for thinking of me!

I just park by the bridge at low tide and walk down to the mud and dig it up. No one has stopped me yet asking what I’m doing digging up a bucket of mud.

It’s not like they’re running out of mud. lol

One of these times I’ll have to stop at Buzz’s. To me, it’s like one of those places where “I’m gonna have to stop there sometime” kind of places.

I think I can get some muck

When you mix your muck, be sure to add (roughly) the same amount of dried crunchy straw or old crunchy leaves (smash them up a little bit). And add enough water to make a the mix like a thick stew (but still able to stir around). The crunchy stuff that you add to the mud will help the muck break apart when you dry it out (or you’ll just end up with bricks). The bits of straw and dried leaves will also help the powdery muck from turning back into solid mud or blowing away when it dries out.

I cover the big, yellow bucket with an old t shirt and leave it in the sun. 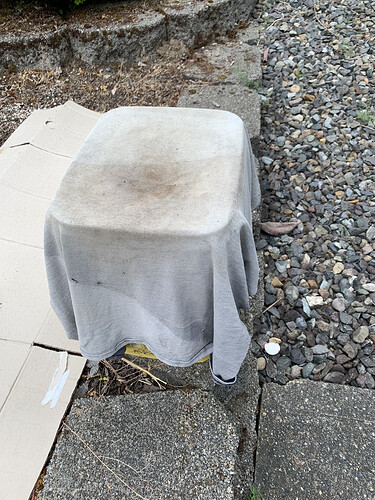 If your bucket develops a swampy/composty smell, that means it is fermenting or breaking down or something. It’s the smell you’re looking for. You’ll also want to see the bubbles that have formed under the muck from the decomposing stuff that’s in the bucket. 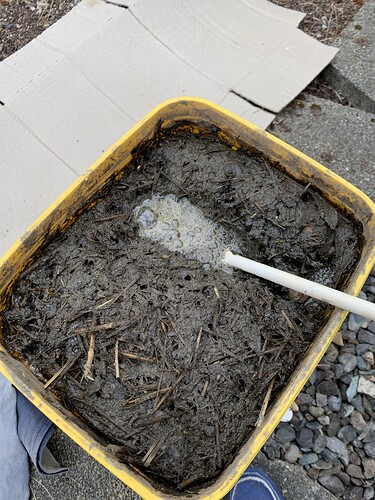 Stir it every few days. You’ll get a few inches of muck floating on top of the bucket. 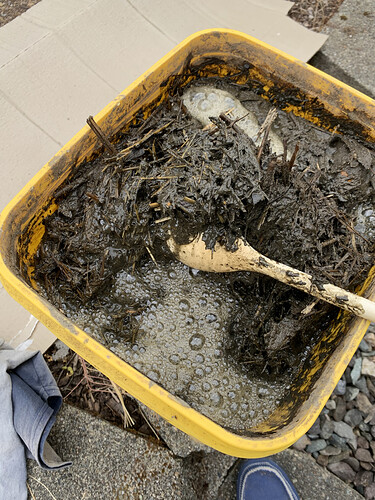 Push it back down in the water and dredge up some of the mud that has settled to the bottom and mix it all together. 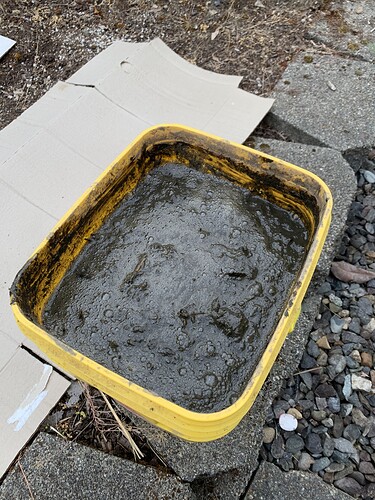 Cover the bucket with an old tshirt and leave it in the sun. when you think you’re going to need some muck, just scoop off the layer of muck that has developed on the surface. Let it dry thoroughly, then bust it up with your hands.

After you’ve made a couple a batches, and the level in the bucket had dropped 50%, add more water and some more dried leaves or straw. Mix it up again, cover the bucket and let it ferment again.

This stuff also works TOO well on lawns.

However, before you put in on your OWN lawn, throw a couple of handfulls on a NEIGHBOR’S lawn the day before it rains. Watch how green the grass becomes! Watch how fast it grows!

If you’re cool with cutting your grass as much as your neighbor is cutting their grass, then (by all means) go for it.

I forgot about the bag that had all the leaves I took off of my autos and Wash a couple weeks ago. They were nice and crunchy, so I smashed them up.

So I uncovered the muck (it has a nice swampy smell) 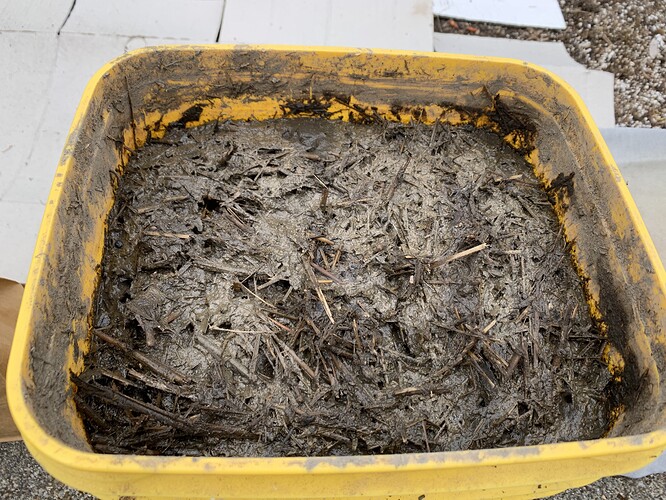 Dumped the smashed leaves on top 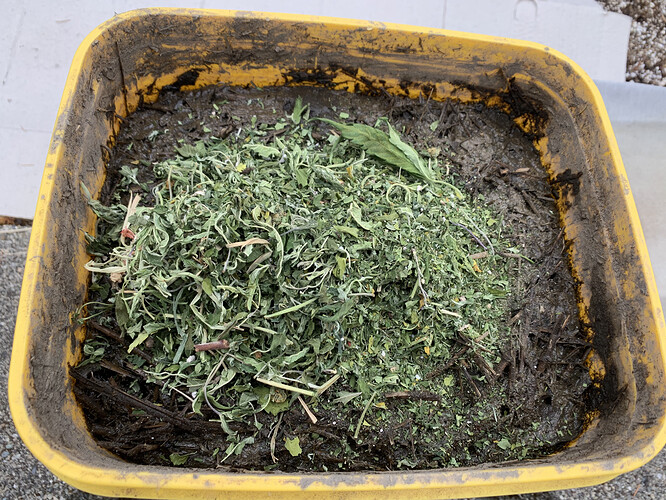 Mixed it all up 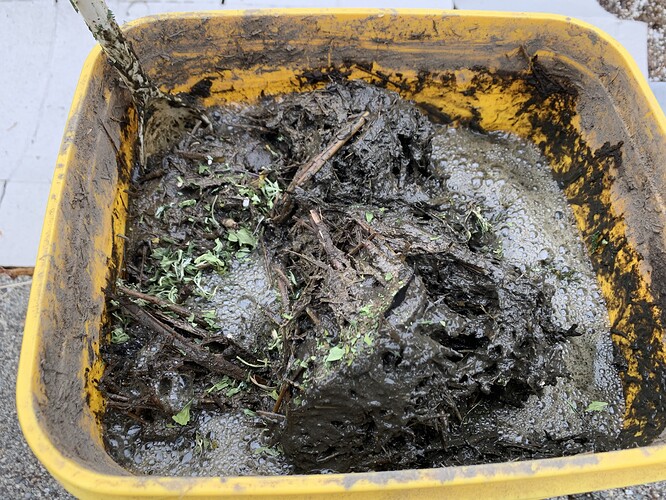 And I’ll let the covered bucket sit in the sun for a few weeks until I need to dry some more out. 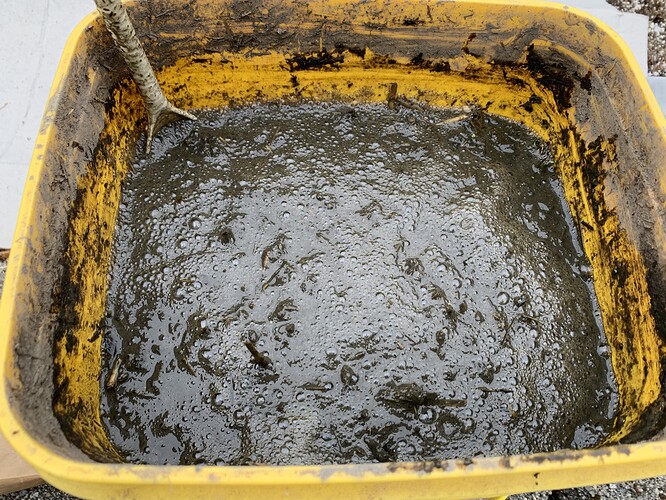 i got my eye on a pond that was drained years ago. but still has a pocket of water in its deepest point. i believe it will have some very good soil. plus some water close buy to use. especially after i get a good rain.