A common complaint about Canada’s regulated industry has been the lack of genetic diversity. While regulations hinder the introduction of new varieties, producers have seemingly done little to differentiate themselves and secure cultivars that excite connoisseurs.

Licensed cultivators and nurseries must declare their entire genetic catalogue upon entry into the regulated framework, in a one-time deal. From then on, they can only acquire new varieties from other licensed producers and through breeding programs. Due to the high costs associated with the latter, many choose to purchase ‘new’ genetics from other providers rather than create their own.

This has resulted in several producers carrying the same archetypal strain, with some rebranding the genetic to create the appearance of variation, with wholesalers reluctant to provide unique SKUs to an identical product. To make matters worse, some producers have sold the same cultivar under two different names and brands.

For example, Riff and Solei are both recreational cannabis brands owned by Aphria Inc. Both brands carry the seminal strain Jack Herer, but Riff calls it ‘Sunday Special’ and Solei ‘Gather’. A gram of Solei’s Jack Herer pre-rolls costs $10.40 CAD, but a gram of Riff’s pre-rolls of the same strain, from the same parent company and through the same wholesaler, costs $12.00 CAD. Admittedly this is not a huge discrepancy, with a slight difference in product format, 1 x1g pre roll vs. 3 x 0.33g pre rolls, but does illustrate the lack of genetic variety and how rebranding strains has led to unnecessary confusion .

It also highlights another problem; large swathes of Canada’s cannabis market seem stick in the 20th century. Jack Herer arrived on the scene in the early 90s, developed by Dutch seedbank Sensi Seeds and finding fame in Amsterdam’s coffee shops. The strain went onto a win a Cannabis Cup in 1999, but that was over twenty years ago. The market is littered with other blasts from the past too, with Hexo carrying Northern Lights, White Widow and AK-47, albeit renamed Tsunami, Nebula and Atlantis.

The fabled cultivars are classics and have large loyal fanbases, but they are not the strains winning this year’s Cannabis Cup, or last year’s or the year’s before that. Where is the Mandarin Sunset, where is the Jabberwookie? Even better-known modern varieties are hard to find, with just one Do-Si-Dos cross currently stocked by the BC Cannabis Store.

The depth of cannabis genetics provides cognoscente consumers an opportunity for exploration, but the limited diversity is turning connoisseurs back to the legacy market. Just 29% of Canadians buy all their cannabis from a legal source, with a larger variety found elsewhere cheaper. 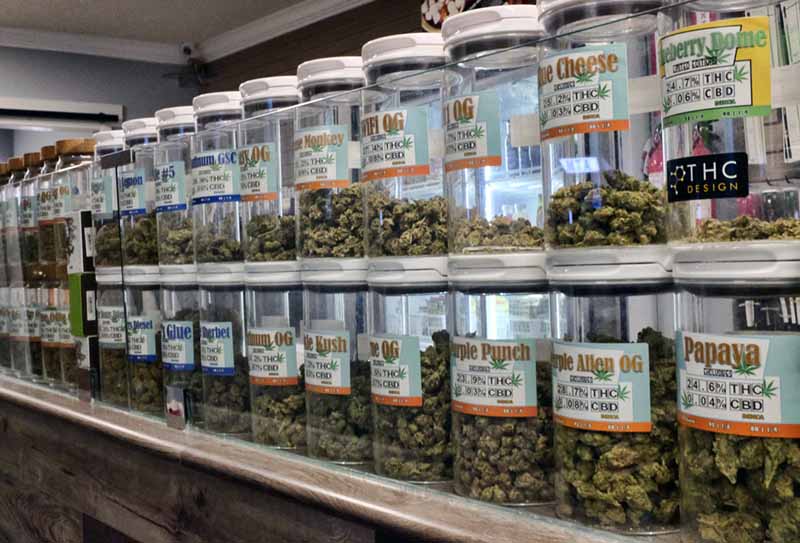 As cannabis connoisseurs are such a lucrative demographic, spending roughly $320 a month, producers are desperately trying to circumvent the restrictions to expand their portfolios with sought-after genetics. This can be done by persuading growers in the licensing process to add the strain into their line up of initial starting materials. Once licensed, these varieties can then be transferred legitimately back to the existing owner.

While creative, such workarounds are against spirit of the law and demonstrates how producers are willing to breach regulations to satisfy consumers. It also illustrates how the current framework inadvertently hinders the Cannabis Act’s primary objective, to disrupt the illicit market.