Rising Temperatures Could Cut Corn (and other plants) Production 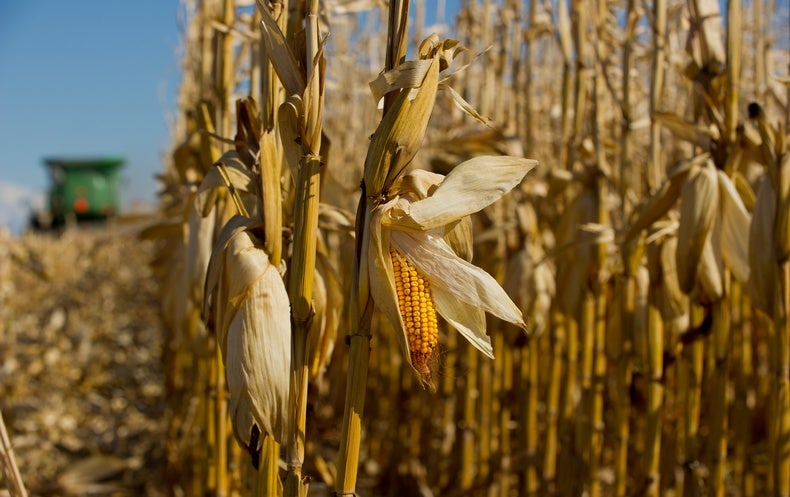 Unrestrained warming could reduce yields of the staple crop, as well as many vegetables and legumes

Under 2 degrees Celsius of warming—the major target outlined under the Paris climate agreement—they found that corn yields declined to some degree in most places around the world, with the exception of a few sites in Western Europe and China. Under 4 C of warming, closer to a “business as usual” climate scenario, these declines became even more severe—with losses of up to 40 percent in many places around the globe, including the United States.

Cannabis will likely be affected too – maybe indicas will fare better than sativas?

I think for most crops, any day at or above 95F days is going to slow production as respiration meets photosynthesis thereby making P(net) 0 for the day, or worse, negative.

I wish I could read the full study, I wonder how much water comes into play. I get up before the sun on projected excessively hot days and get the roots wet. Root temperature and air temperature both play a role, and I can at least lower root temperature and give plenty of water for excessive transpiration. I know orchards will mist the fields to prevent frost, I am willing to bet that can be done to lower air temp. Necessity (and laziness) are the mother (and father?) of invention.

I read a study about engineering rice to be C4 using corn genes. In drought years production was nearly equivalent to a normal year, while a normal year would produce about 25% greater yield over traditional rice. There are tons of studies investigating genetic answers to just about every stressor we see in plants. We have the technology!

I think this is good evidence that indoor farming with vertical integration is the future of food and other consumables.
What does the rest of GNet think would be a good way to resolve this issue?

I read the article about the study more closely and this popped out:

“A major caveat of the findings is that they don’t account for potential changes in precipitation patterns, which vary from one location to the next and could offset or exacerbate the effects of rising temperatures. But the authors suggest that, on a global scale, the effects of higher temperatures are expected to outweigh those of precipitation changes—and in highly managed agricultural systems, such as those common in the United States, Europe and China, irrigation may help offset some of those effects, as well.”

From what I have read, crop production will just move around. It happens all of the time for many reasons. The garlic capital of the world, Gilroy, California, no longer grows much garlic (400 acres down from tens of thousands) because of all of the built up garlic disease that remain on multiple hosts in the area from garlic, after garlic, after garlic plantings for decades. So production moved to the next suitable site, Fresno.