Show off your seed vault!

I’ve been collecting beans for a few years, super excited to run through some of these varieties… just wish the shop I work for would buy them off me 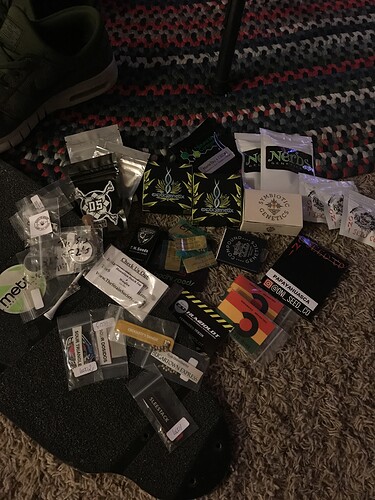 Thanks! It’s getting addicting. I’ve added a few more packs since the picture was taken. Most excited about the gelato 33 s1 and the wedding cake x gelato 33 that I got from seedjunky, but I already popped those packs!

Nice seeds! How do the plants look from those seeds that you popped? 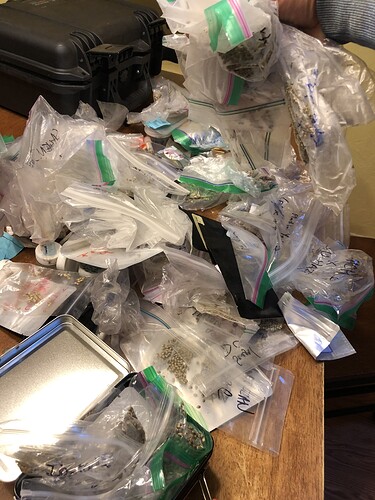 Damn! I bet there’s some crazy oldschool flavors in there. You’ve been collecting seeds as long as I’ve been alive! Any projects in there that you’re looking forward to working on? Did you work with any specific breeders to build that collection up??

20/20 of the seeds popped but they’re only a few weeks old at this point. I had a few mutants in the bunch but I think 6/10 plants of each cross will be worth finishing. I’ll try and snag some pics later today but those gelato s1’s have some of the widest leaf blades I’ve ever seen!

No this is a solo collection. I’ve made many of the crosses and used seed from either countries I’ve visited or traded to other breeders.

Honesty I would like to work with other breeders but I like the pheno hunt for breeders. I breed for my own epilepsy so what I need in a strain is completely different than the masses

My collection is 90% male female genetics. I am not a fan of feminized genetics. When I worked with a feminized strain from clone. It threw bananas in the same room as the male! I tossed every plant in that seed adventure. Wasted 6 weeks to realize feminized plant screwed it up for me.

Nice! You’re a grower after my own kind: always trying to pick up new genetics whenever on an adventure!

I also share your sentiment about feminized seeds: not really for me. As a breeder, sometimes the male in the pack of seeds is worth way more to me than any of the females!

Yep I just reuped Deep Chunk m/f style. Out of 10 old seeds I had left I was lucky to get a male.

Yea you’re definitely sitting on a goldmine there!

I’ve been burnt by feminized seeds before. I’ve also had the initial seeded fem plant throw herm sacks on the first round but all the clones that carry it on had no issues

Playing with new genetics is the best, even when things don’t go exactly as planned. 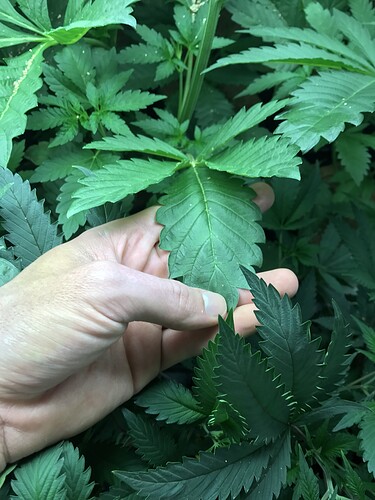 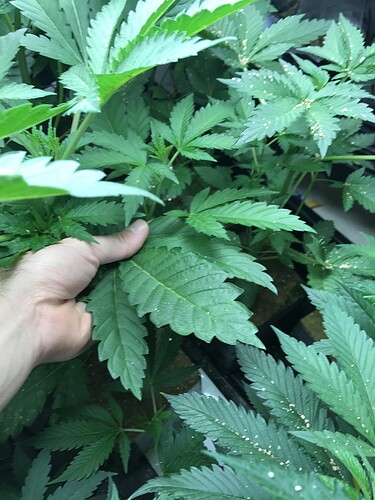 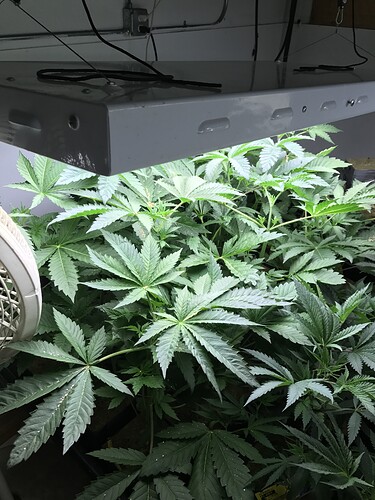 Here’s those seedjunky plants I’ve got going Nick, the ice cream cake is closest with the crazy deep leaf serrations and the close ups on the fan leaf are of the gelato 33 s1. I’ve heard mixed reviews on his gear so we’ll see how they flower out, but so far I’m pretty impressed!

I understand what your explaining. Not trying to argue about who is right or wrong.
For me personally, I am really good friends with Humboldt State University genetics professor. My wife was the microbiologist at university so we discussed feminized breeding all the time.

The problem that occurs the most, is feminized breeding with other intersex plants. Some of the popular varieties in cannabis world are hermaphrodite prone. It’s obvious people are just breeding popular names without research of where the plant originated. Some cultivars are proclaimed mistakes and make way in the breeding circles. 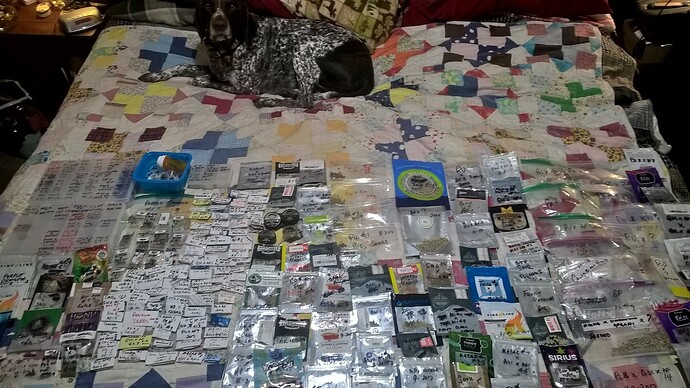 if you ever want to drop some let me know.

There is very few BREEDERS left. Most are pollen chuckers. Or people who just slap two plants together. Making a strain takes years and years. Dudes now a days dropping untested F1s trying to get 200 a pack LOL. These guys i the seed game are a joke and a half. I have put together so many strains, yet they are mostly unreleased. Thats why i just ran my f1 test on my last grow journal. Test your genes, research your genes. take the time to actually work through them properly. Dont just smash two plants together and once you get the seeds sell them without testing.
The Cannabis gene pools are ultra polluted by uneducated people trying to make fast money. Strains nowadays never become classics or legends. Same week a new strain come out. Ten crosses follow right behind. Cultivars never have a chance to be reworked or tested for that matter. This is why i tend to just stick with hierlooms. My genetics are clean, stable, and tested over Many Many years. i gave away a pack of gsc x cherry pie. anyone know why? 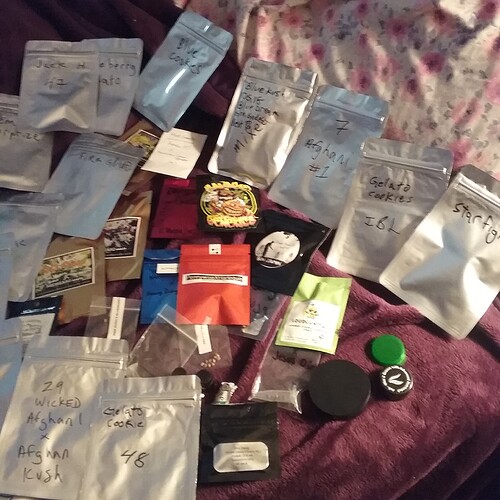 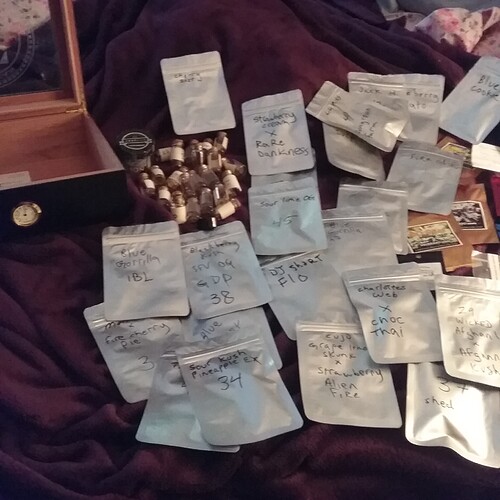 You guys all have the most awesome seed collections and I wish I would have started collecting seeds in the early 1990’s when I started growing. Some of those old great strains nobody has any longer or are hoarding like:
Warlock, Pine OG Aka Christmas bud, Chocolate Thai, Skunk #1, Northern Lights #5, Williams Wonder and White Widow.

Bravo, I agree. We have great journal data to prove your point.

From the voices in my head Ethan