It is true that smoking anything is probably not good for your health, however As Truth on Pot Explains, "the combustion of marijuana still produces several known carcinogens and tar, which can irritate the lungs and lead to chronic bronchitis. Vaporizers were mainly designed to overcome this issue. By heating marijuana at a lower temperature than combustion, the devices produce an inhalable vapor that still contains the active medical ingredients in marijuana (cannabinoids), but without the harmful by-products.

Vaporizing cannabis is said to remove approximately 95 percent of the smoke that is inhaled.

Here’s a handy chart that breaks down why vaping is better than smoking further: 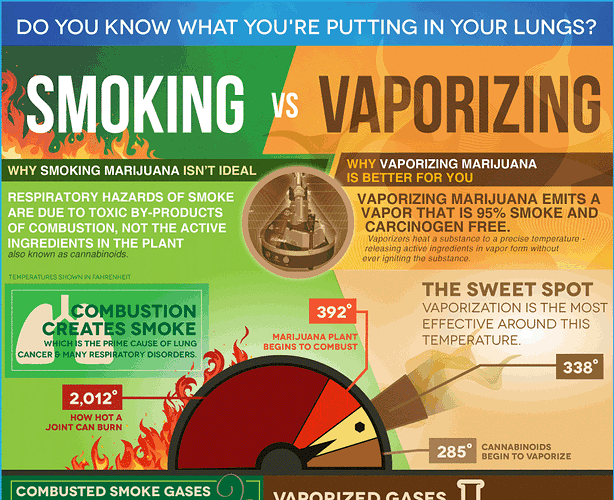 Vaporizing has also been suggested to increase the yield of anti-inflammatory terpenoids that protect the lungs from irritation.

2.) It’s Discreet
We have all been in the situation where you want to find a little relief but the public rebuke keeps you from it. The E-pens and Vaporizers are making that a thing of the past. Now it is easier than ever to take a hit while being out and about while keeping your social camouflage. Some of the higher end vapes can make it possible to smoke in a crowd with absolutely no smell!

3.) It Is More Cost efficient
Again, as Truth On Pot explains, “a collaborative study conducted by California NORML and MAPS found that vaporizers could convert 46 percent of available THC into vapor, whereas the average marijuana joint converted less than 25 percent of THC. Likewise, patients ranked vaporizers as the most efficient method of marijuana intake — requiring a lower dose than smoking, edibles, and tea — in a recent study published in the Journal of Psychoactive Drugs.”

4.) Flavor Profiles Are More Complex
Some people say vaporized weed tastes like burnt popcorn (maybe towards the end after you burn it to a crisp), but I’ve noticed that using a vape I can really taste the “flavor notes” of marijuana more. Likely because I’m not burning the weed to a crisp before it passing my taste buds. The vaporizers, oil and wax pens preserve the flavor profiles significantly better so it just tastes that much cleaner, clearer, and better

5.) The High is Better
If you are not yet convinced with the other reasons then how about this; the majority of people that have vaporized cannabis or used an oil pen have experienced longer and stronger highs. I mean, isn’t that the point after all

What is Your Favorite Vape or Oil Pens and Why?

Do you know if diacetyl is still a concern with vaping? That was what was thought to cause “popcorn” lung in those factory workers in a microwave popcorn factory and awhile back there were some media scares about diacetyl being used by certain e-cig manufacturers and that vaping those products could potentially (what-if scenario kind of stuff) cause a similar condition (bronchiolitis.)

Wasn’t sure if that was a part of the process or not. Personally I’ve made my own vaping oils at home using vegetable glycerine and propylene glycol (as an emulsifier.) Not a fan of PG (I’ve heard PEG-400 is even worse.) Leaves a burn on the throat. The VG tastes sweet though, almost a cinnamon-like flavor to it.

Interesting stuff! Love those vape cartridges though, so handy and convenient!

I have a Grasshopper dry herb pen (I call it the Gentleman’s vaporizer, because it looks so non-conspicuous, great for golfing!)

Also have an Arizer Extreme Q with the whip, bags, etc. That thing is a total beast. If you want to be a popular guy with your weed friends, get an Arizer Extreme Q. Cheaper than a volcano and I’ve had mine for 5+ years of use without having to service anything.

Interesting and fun factoid, the vegetable glycerine used in a lot of e-cig juices is also the same base used in some sexual lubricants.

In fact, I have a good friend that makes a product she calls “Love Rub,” a THC infused VG-based product for… intimate encounters

We only use natural terpenes in our cartridges at Highper Drive Extracts; no VG/PG or diacetyl. We use Jupiter Cartridges and batteries because they are very clean and solid units with a near-zero failure rate. We feel good about the finished product.

I have always been (and will continue to be) a loyal flower smoker (some habits you just don’t want to quit!), however if I’m sick or need to be discrete (e.g. hotel rooms in non-mmj/rec states) I love my Volcano. High Times once called the Volcano the Ferrari of vaporizers, and I stand by that description! Like a sports car, they’re expensive, fast, slick, and just a little sexy. The consistency, efficiency and ease of use of this product are second-to-none. The ability to sample the full flavor profile makes for a rich vaping experience.

On the road, out fishing, or on the golf course I’ll grab a vape pen or a cartirdge. I also love the Pax Plume for on-the-go vaping. Simple and clean and easy to use.

Vapes are just a little easier on the lungs than the good old Roor.

I’m still not ditching my bong ; )

My vape pen is a totally game changer for me! I love the discretion, the clearer high, the added terpenoids, and health factors. I avoid glycol and look for the pure stuff. My favorite oil pen is Durban Poison from iLava.

I had a chance to try out a Dr Dabber concentrate pen while I was in Seattle a few weeks ago, now THAT is where it’s at. Pack your concentrate into the ceramic chamber, toss it in your pocket, and you’ve got wax-on-the-go. Convenient!

Doesn’t look as sketchy when I’m playing golf either (as opposed to shielding my face from the wind hitting my pipe lol!)

CDC says different, although THC transmission is not to blame, it’s looking like the carrier oils/binders: 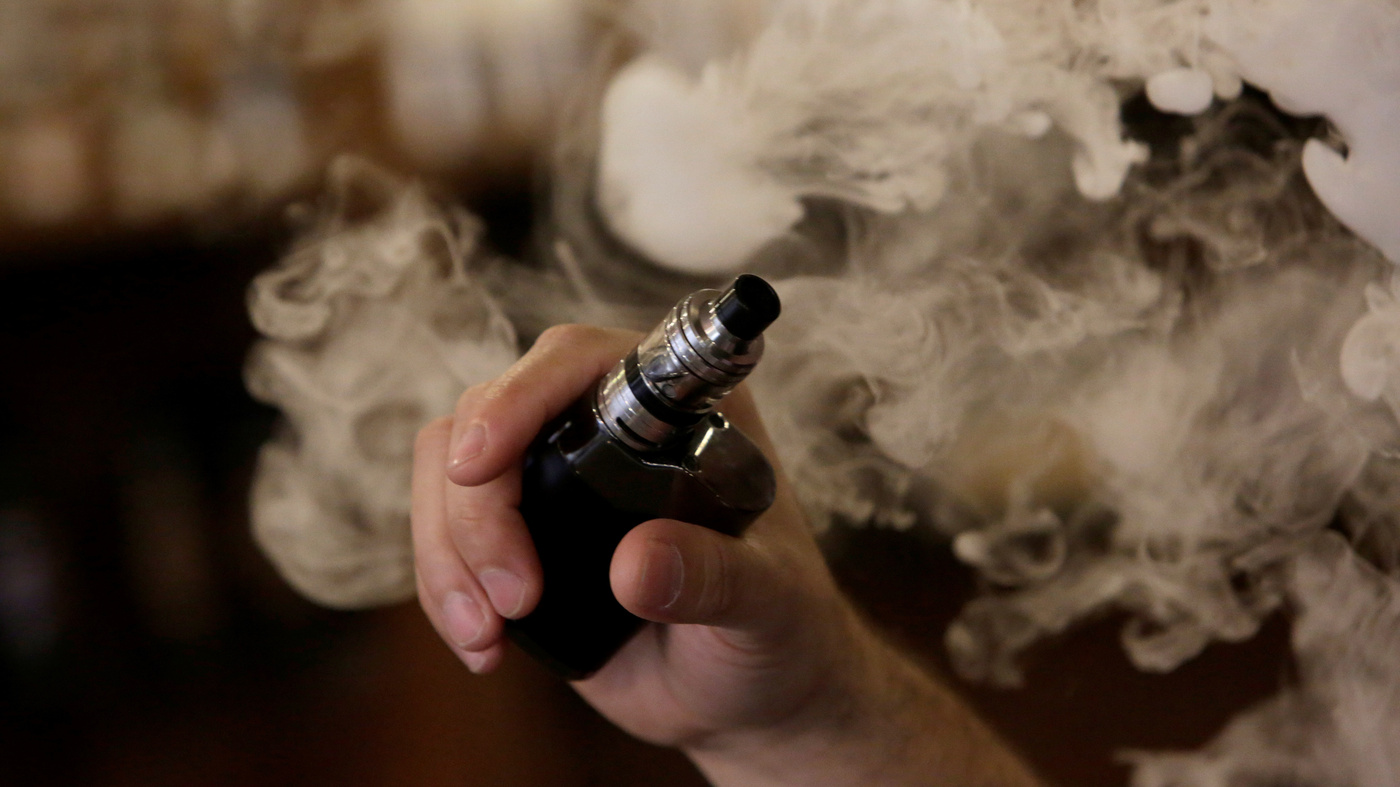 New York officials say tests found high levels of vitamin E in cannabis vaping products used by people who developed lung damage. But it's only one of many possible causes still under investigation.