When did you start Growing?

Ok so i wanted to start this thread because im curious. When did you start growing MJ? And why did you start? Describe your grow but really pictures help. But i will go 1st!
I started growing outdoors in 1997. I had smoked some pot with my friends and just loved it!. Alcohol made me sick if i smoked weed and drank together. I found out we could get some seeds and grow it! That was it. I was hooked. I used to be a skater and we would smoke weed and skate the streets, universities and ramps we built. The neighbor lady felt it was safer for her to get along with us rather than calling the police because of the weed we smoked. She said i knew about it but you didnt cause me any problems so i just turned a blind eye to it. Of course we found this out 35yrs later when my friends mom passed. She told us about it at the funeral. Anyways i grew outdoors mainly and i had an indoor grow also. 2 closets for propagation. And a basement bathroom lined in mylar for flowering. And i used white phosphorus bulbs at 1000watts. And HPS lights stolen from the church up the street. Im not proud of it. But we would look for nice lights on houses or churches. And my friend would go steal them in the middle of the night. I would wire them up with new plugs and the grow was at my friends house. But we were 15-16yr old punk kids we were raised better than stealing stuff but my friend was a bad influence and my parents tried to keep us apart. But that didn’t work. And the equipment was very expensive back then and we had zero money. 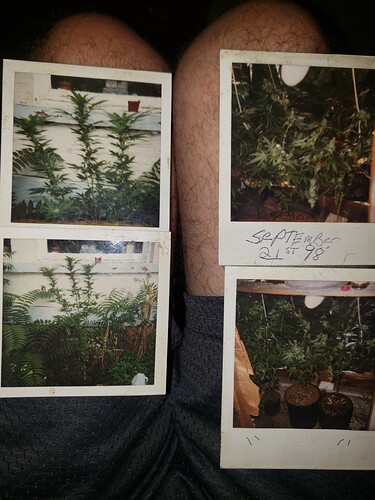 20211003_0931431920×2560 425 KB
I only have Polaroid pictures of the grow. Digital cameras didnt exist back then. But these were cool cameras and would develop the film in like 1 minute. It was badass technology back then!
EDIT: the buds on the left we called wheelchair bud. It would get us so high all we could do was sit there stoned. We played a lot of hacky sack. And we were gonna drive my truck to go skating. But i was so high i walked face first into a huge chestnut tree. Wasnt hurt just tooo high to drive on that weed. So i said to my friend we have to walk. Im so high i literally walked into a tree! Man good ole days.
14 Likes
dunbar October 3, 2021, 4:24pm #2 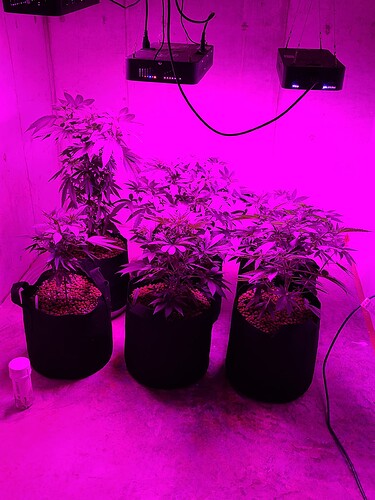 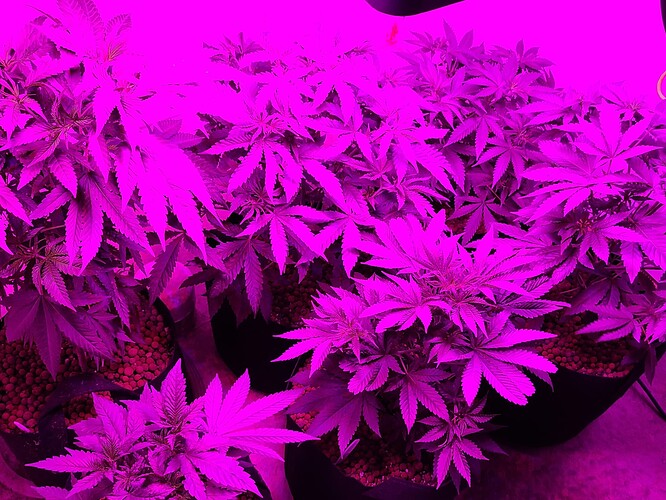 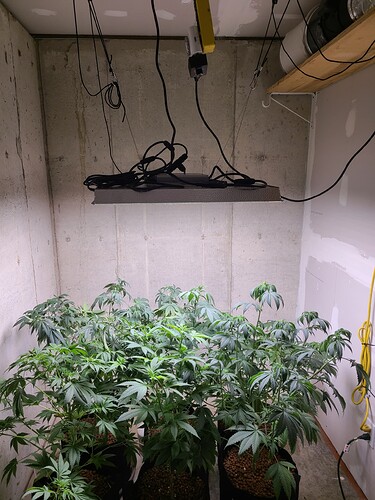 I’ve been growing for about 3 years now. I don’t have any pictures of my 1st set up, but started in a small tent. Then went to where I’m at now. Again with blurples. I didn’t know any better. My only source for info was to just Google questions I had. I have purchased more shit finding out it was just that “shit” than I’d like to admit. I then went to the Mars hydro 3000, and then on to a gavita.

I was never into smoking in my younger years and always pushed away from it. A coworker gave me a dugout full of smoke when I was headed out of town and I got super stoned, had the time of my life. Serious case of the giggles. As most people I could smoke a one hitter every couple hours in the beginning and as my tolerance grew, I figured how hard can it be to grow my own? 1st paragraph proves how much I knew lol. I stumbled across this forum watching cannacribs super baked one afternoon and I’m pretty sure without this place I’d have thrown in the towel by now. I’ve had some decent grows, and I’ve had some like my last where I took about a pound into the backyard and burnt it up because it was just not good enough.

Lol i burn weed also hahah how funny. When its not up to my standard i dont even wash it or kief it. I just burn it ahhah. I dont have anyone that could use it so away it goes. Once in a while my friend makes an alcohol soak bud mixture he makes. For a topical pain medicine recipe his Hispanic father taught him when he was young. Im considering a keif machine purchase. Maybe a trimmer. But $3800l sucks

I trimmed 2 jars of it, and trashed the rest. I didn’t want to spend a bunch of time trimming stuff I knew wasn’t going to be up to standard. I’d rather just go buy weed than smoke that lol.

Started growing in 1994 for the first time. It was a guerilla grow, next door to a nursery, it was not successful. However my experiment at home was. My first grow was a “biology experiment” until my mom bust me when the leaves showed. I removed the plant as she asked and planed it at a mates places, it grew to a 2 metre bush within 2 months and my mates mom went wild. We harvested it and gave it to another mate who harvested it on a roof ( quick dry ) and was distributed. My mate then rented a place, same year, and we started growing in a refurbished greenhouse. He started growing indoors around 1997 in the UK and introduced me to all the northern lights, skunk, white widow etc. I think I have grown every year since then! To this day I dont like pictures, however I do have pictures on hard drives I have kept. Polaroids and all.

just the fact that your pics are polaroids tells how old your first grow was!

Fortunately I don’t have to hunt the old Polaroids cause my first grow was just a year ago.

Yeah, sounds funny to say that cause I feel like its been longer then that.
Smoked like a chimney all throught the 80’s and into the 90’s but never grew a plant. Early 90’s started my own business and started raising a family. Getting high just kinda fell to the side for many years… Had wanted to start smoking again but on a farmers income buying weed didnt seem ideal. For a few years threw the idea around growing with the wife and it scared her so never happened. Last year after the mother-in-law got her card and found out what dispensaries cost, they both approached me. Had some website called ILGM that guaranteed delivery and germination. You can just get seeds there and grow them on the farm.

It was already the end of May when I got my first seeds so I was worried anything outside would have enough time to finish but I found these things called “autos” that I have never heard of. They finish fast, thats a plus. First grow outside was 16 gg#4 autos but I had to have some photos in there, right. Put two Gold Leaf out there too just to see if they finish. Had no grow space set up, this all happened pretty fast (jump in with both feet). Did all my propagation in my living room. 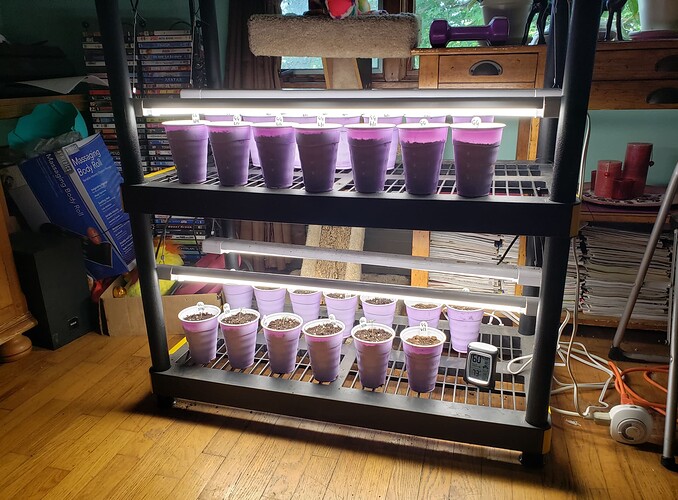 20211004_0902261920×1414 298 KB
Had been reading a ton trying to learn some stuff and found out about growing inside and flipping lights to flower. Well shit might as well run a few inside. More gold leaf in cups… had one room in the basement that could work but it was no where near ready. On a tight budget picked up the cheapest stuff I could get to at least have the bare minimum. Went with hps for lights, fox farm trio for nutes, Pro Mix HP just cause i always have that here on the farm, and spent the money on an ac infinity 6" fan and now I have an inside grow too. 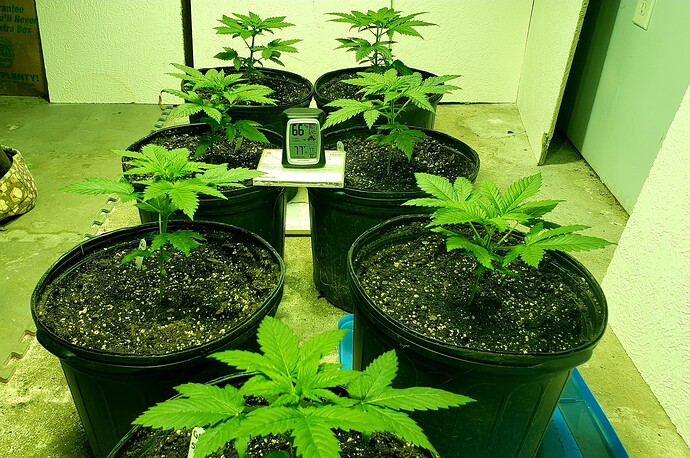 Don’t spend much time at ILGM anymore but some awesome folks over there helped guide me through the first grow and it was a shit show. 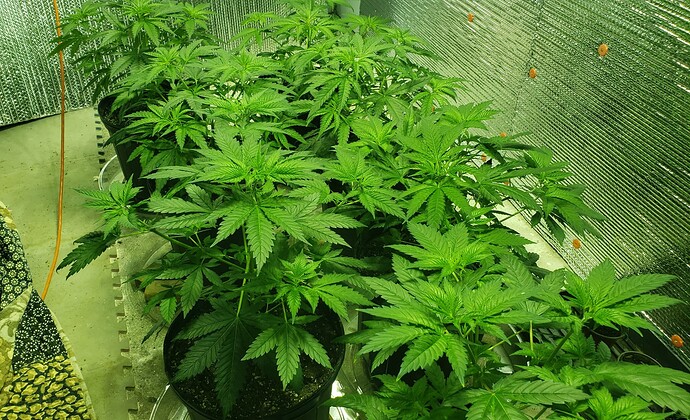 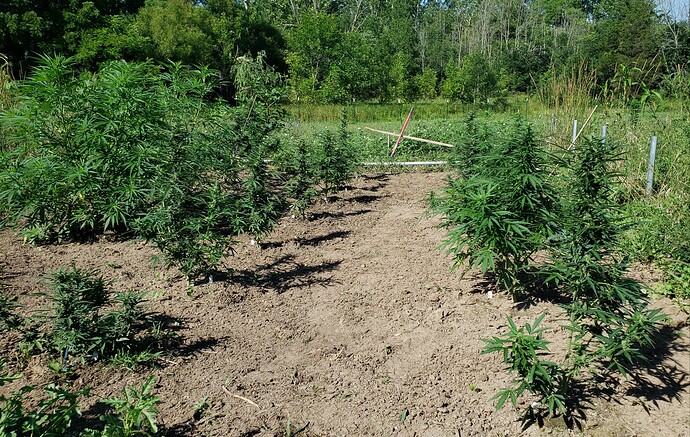 20211004_0910373491×2214 1.72 MB
I Now had Like 26 plants going and just flying by the seat of my pants. Trying to learn IPM which I knew was important but had no idea what to use one weed and learned pretty quickly. Tried reading all I could about growing these plants. Wait , what… I can train plants to get a better harvest??? Those first plants were so tortured it was pitiful. Even the autos got everything done to them you can think of but they grew.
Remember very clearly how excited I was when I started chopping the first of the gg#4. Never grew so never chopped either. All I knew was they need trimmed and dried. Just trimmed to mimic what I’ve seen in bags before. Had to get help with the dry process. But I had bud and was proud as a new parent. 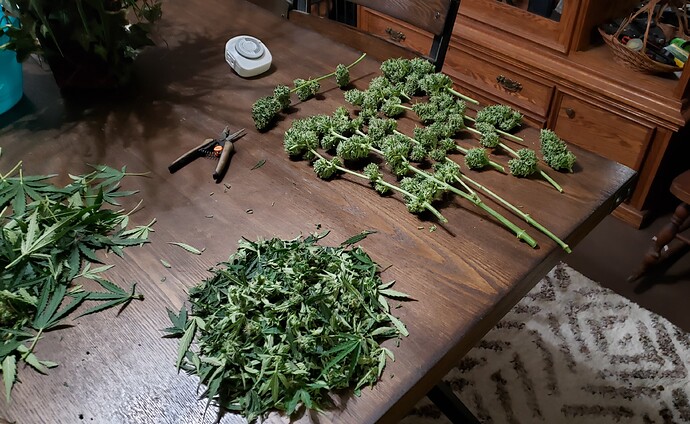 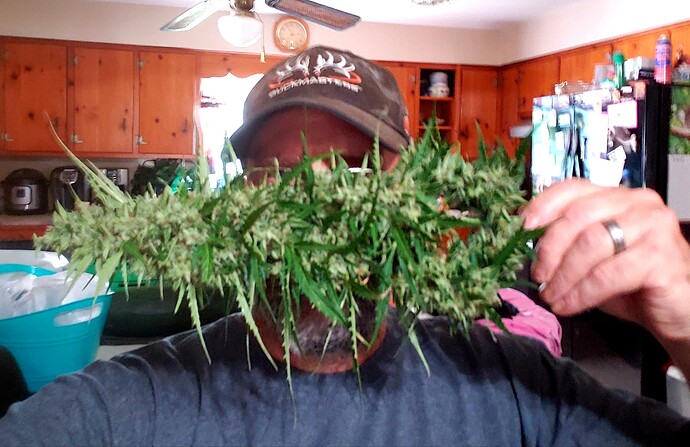 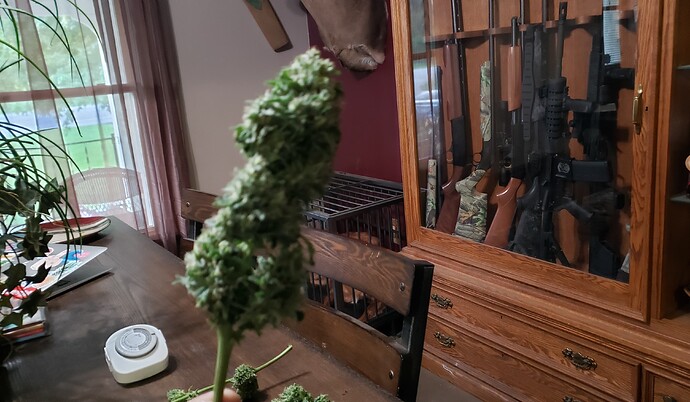 20211004_0911293884×2268 600 KB
Learned what but rot was outside, learned mixing in buckets and hand watering sucked, just very time consuming for me. So, started improving my indoor grow. Its been a rabbit hole for sure and don’t think I’ve found the bottom yet. Been many plants since then. Still learning and trying. 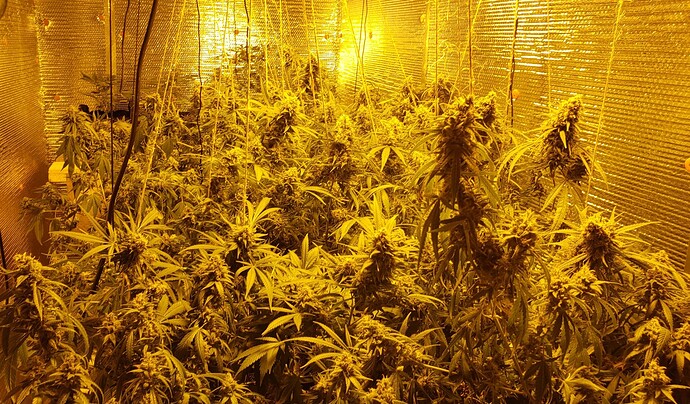 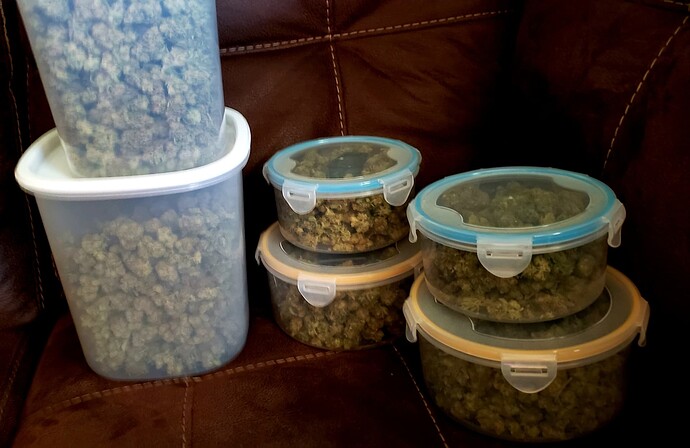 Very nice! I love to grow! Thanks for sharing!
Keep em coming folks!

worked for New York State Department of Correction until 1982

and learned to grow inside, moved back outside in 2019

I love the light cost and space outside

I can’t remember the year, but it was 2 years after my mentor born and raised in Buffalo, NY Jack Herer, left my city to go to another, I do remember it was the early 70’s, and yes, Jack didn’t party when I met him, he actually didn’t like pot and was against it.

I have never called jack herer strain jack herer, it’s always been bedrocan to me and a lot of Buffalonians