When will we reach a day that we have a book of cannabis diseases?

This book was published 1919 and is still the best. 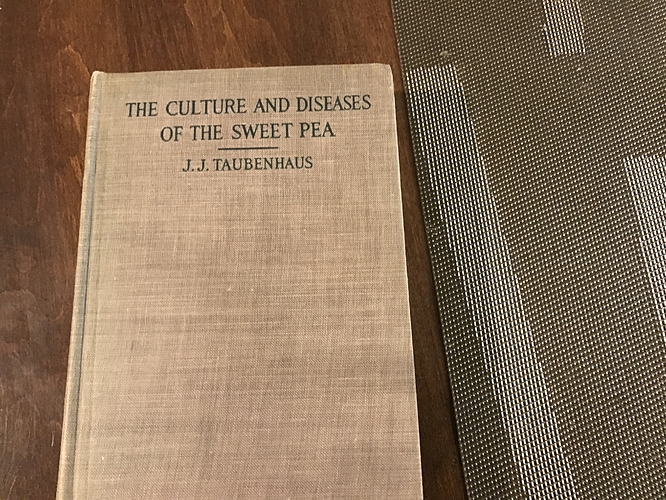 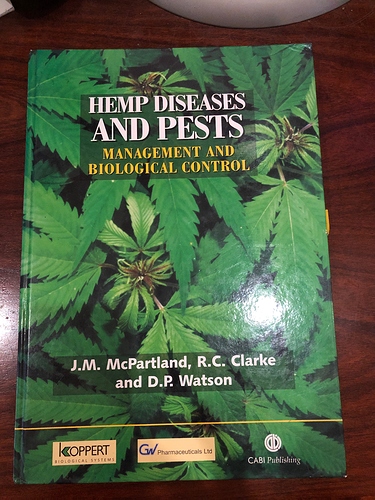 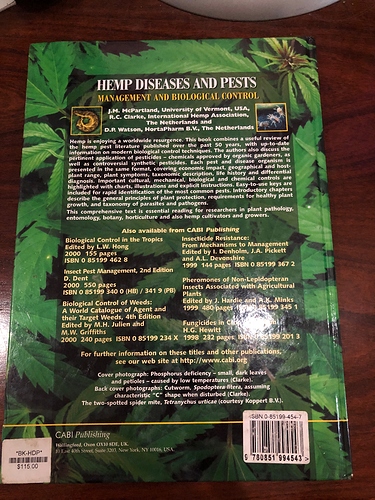 Todd i love to read. any books you have laying around. bring a few when you come down.

Beat me to it! A classic to be sure. Damn those textbook prices though lol.

We have grown up as a business.

we are further along the maturation curve than I thought. Know we need to spread that knowledge to a broader group of growers.

The best part so far in the book @todd.mccormick educated me on is what I felt from my taxonomy classes

I have seen the herbarium collection for cannabis at Missouri Botanical Gardens and at the National Herbarium, in Washington. Interesting Haifa Ag school has a good collection of wild genetic material in cannabis. It was used in the work on the first chemical isolations and analysis of canabinoded. The papers were all published in the 1960’s and 1970’s. By one organic biochemist and his team. They are the group that accidentally found synthetic canabinoids and caused there own world wide problem. But we did learn a lot about the chemistry and some about both it functions as a secondary plant compound and how it attaches to receptors in the brain. All the LD50 numbers for cannabis come from this period, I think they are in the rat model. Some LD50 was done in pigs in, I think the UK in the early 1980’s, but I have to go back and find sources for that statement.

Some of the MGB specimens are very old. And give a good feel of the taxonomy of source plants without a lot of selection pressure of agricultural.

I am of the belief that indica is it own sub group of sativa and X. Some cross of sativa and ruderalis. But, I bet when the final sequencing is done we will have only 4 not 5 species in cannabis. I also think some of the super producers of secondary plant compounds are more closely related to affgani. Likely a cross between ruderali and afgani. Then this child with a sativa. I think this first happened by the British during there disaster Afghan adventures, as a method of improving disease resistant sin the empires rope production hemp. We got good pot. I think we get most of the color variations from ruderalis. This seams to have the greatest distribution of pigments variations in the natural samples, I observed. I had the fortune to have a great class on ethno botany and mycology. Don’t pick cannabis as your study project, pick coffee. I did cannabis and Psilocybin as my study models. I had been with Paul Stamus, as a reluctant child, as my mother attended, the north American mushroom society conference every summer of my youth, so psilocybin was a natural choice. The use of amanita was to dangerous, amanita muscalus has been collected by western farmers for centuries and used for fly control on farms. Works like lindane, exact same mode of action.

I still want to do the spinach test on cannabis to see what pigments we are working with. So that the light people will stop telling us what we need and we can start taking control of the spectrum ourselves, thank you @GrowFlux for that gem of an idea.

I will finish reading the book tomorrow.

The difference so far in the two books is my Sweetpeas book has lots of anecdotes and old fashion control methods. And really nice chemistry.

Just so the world knows: Growers Network is in the process of developing a Pest and Disease Database for exactly this purpose! We recognized the gap in knowledge for this very subject and we are hoping to help bridge that gap with an index of all the potential problems that might effect your corp!

That is awesome. We were developing a bug app in the past that got scrapped. But it was going to work like google and just take a picture of the bug and it will tell you what it is. Great Idea but soooooo much to it. lol.
Can’t wait to see it.

I still want an IPM app to identify and count every object on a yellow sticky card. A 3 x 5 sticky card shot in raw with an 8 megapixel camera has a lot of data points. QC code on the sticky card. The math just is running around in my head, even know how to do it as a fee for services model that is fair to every size grower.

You can just watch the data come in for an IPM plan. Order bugs on a tighter schedule. We have lots of enomological data on growth of homogenous populations. They look like VPD charts but for insects.

Nice thoughts of how computer science and horticultural cross each other’s lines.

All the nicest models are just implementation of nested set theory model very cleanly in an SQL database. Just a giant automated dycotimis key and use some public source identity point calculations. The silly thing can identify my dog from other dogs photos even a butt shot.

From the voices in my head

I wiil msg contact information. I also posted an idea earlier on how this could work. You are welcome to hunt the post.