Sowed a plantation of his Power Plant + Pandora selection. This hybrid consists of several phenotypes, most bloom very early, usually in late July. Others a little later. Robust plants, indica plant structure. Very resinous. One of the most vigorous and productive early bloomers I have. Under normal conditions, as they used to grow, the height is 3 meters or more. Strong support bushes usually do not require.
But in such natural wild conditions as I grow, bushes are smaller. But even in such conditions you can see how big the leaves and bushes are. For such an early (no worse than the Siberian Nucleonists) early bloom, this is surprising.

Grow without care, without a single artificial watering. Late sowing. Except for leaving the trampling of grass when examining the bushes). Sowing directly into the ground without any soaking, in a piece of land in a turf of 30-40 cm, it was dug with a shovel just to sow. It has never been weeded clearly and not grappled) Unlike some of my other reports.

Of course, the places there are the most picturesque, all in flowers and steppe grasses.

Grass up to the chest) You make your way like in a thicket) You look at the beauty, at the sky, and it immediately becomes more fun) 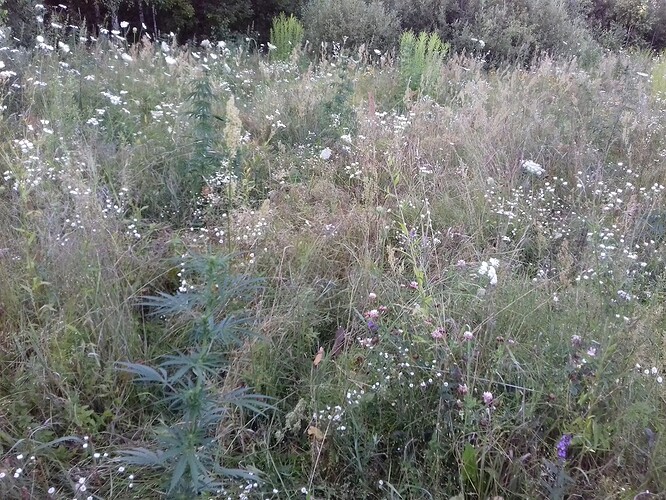 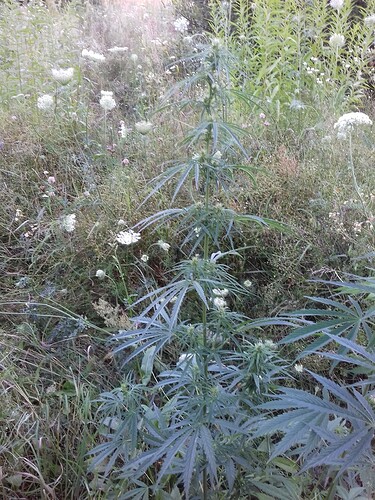 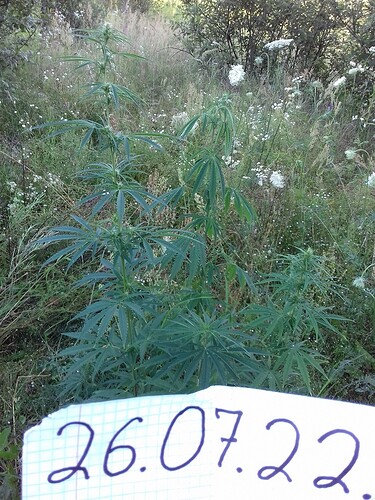 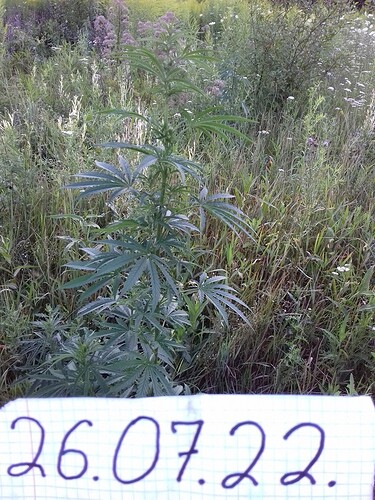 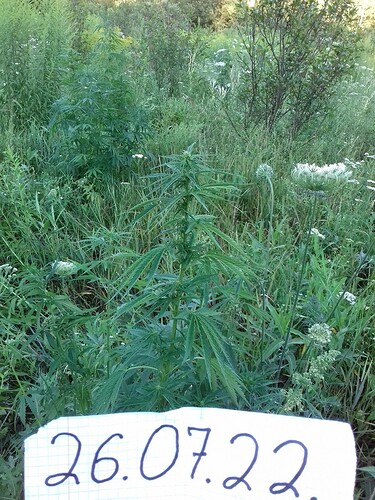 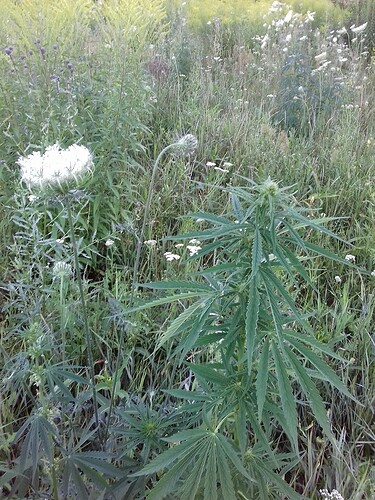 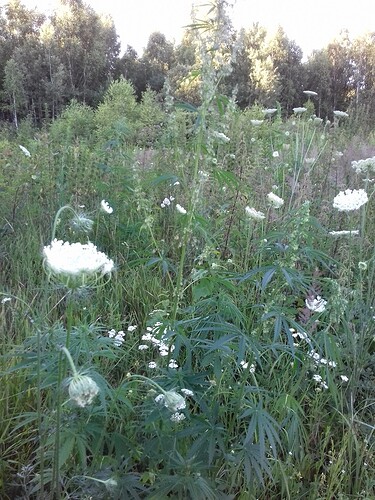 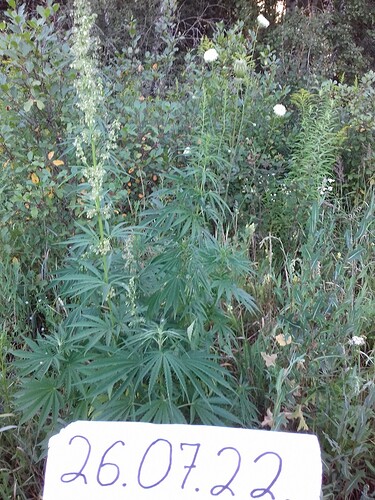 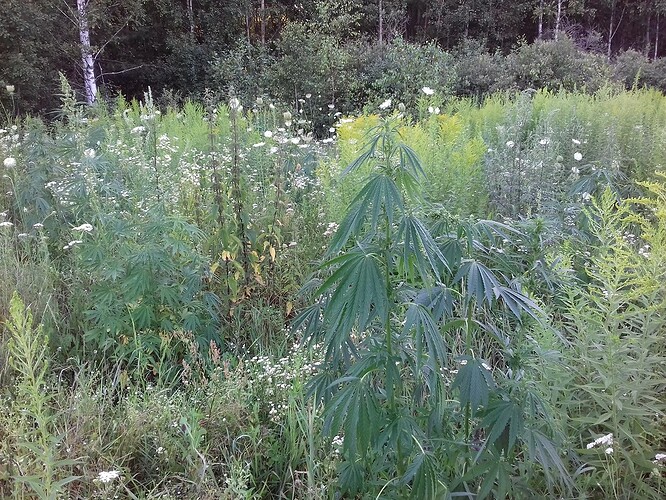 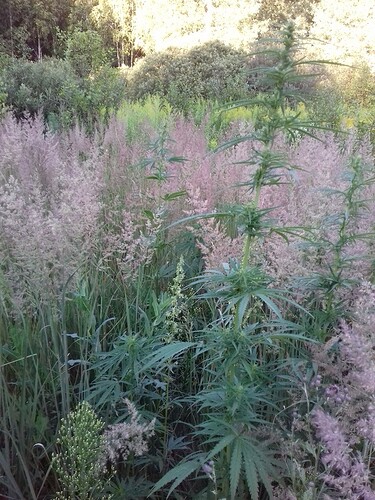 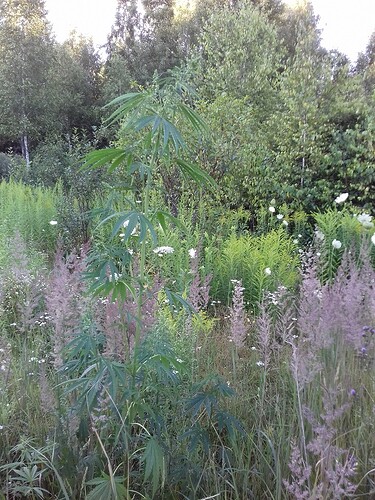 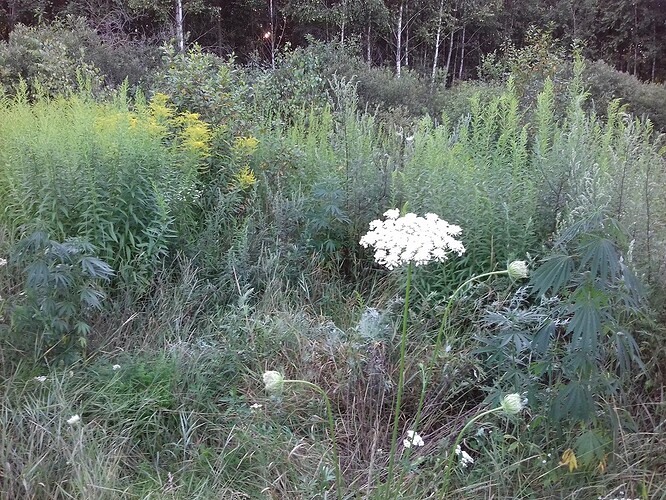 What is that? I can’t find info on it…

Is it a cross with the White Siberian strain?

Almost so. This is Scandinavian genetics.

Already blooming stronger, real early bloom, fast, for the north, and any region. Beautiful, regular varietal leaves. Increased disease and mold resistance. I practically did not notice the defeat by them. Unlike the autoflowers I grew this year.

The leaves of the indic type are larger.

Although early but vigorous. Already at the end of August, you can cut. I have a late sowing in the photo. For example, in our harsh mountains today it was already exactly 0 degrees Celsius. In some places there was already frost, which means there was frostbite. In such conditions, only my wounders can improve. Even those Western elite early flowers that I write in a separate report EdPurt, etc. will not pull like that. 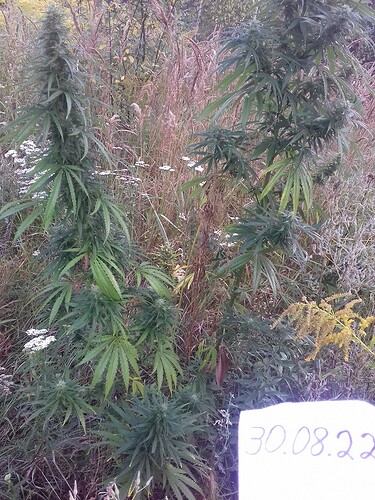 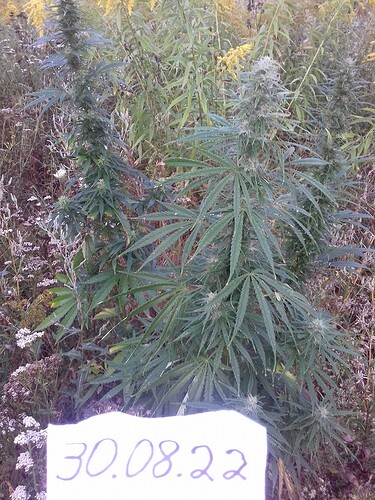 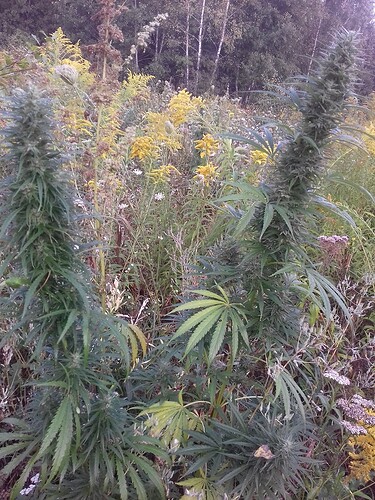 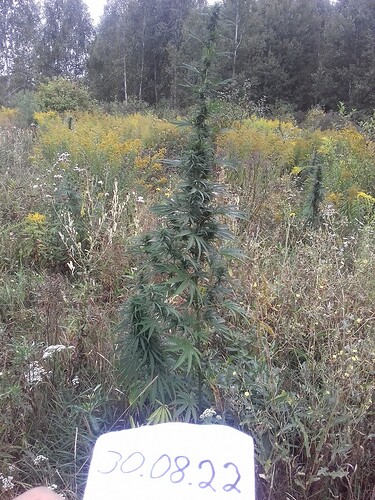