Let’s look at a cost comparison of GH Flora using Lucas Formula + Calimagic at full strength compared to the GG formula using four parts. And we’ll game this out using my flower tent as the baseline to keep it simple, and assume I use all the space in the 40 gallon reservoir.

So, for the entirety of the grow, let’s assume it goes 10 weeks. This typically means something like five reservoir changes for me, so 200 gallons of water in total, let’s say (in reality this is probably close to accurate because I usually run 30-35 gallons in the tote and top it off every couple of days in mid- to late flower).

40 gallons of water would require the following in Lucas Formula (totals):

Multiple that then by 5 times for all the system changes and we get the following:

A one gallon bottle is 3.79L (according to the label), so at the end of this one flower period we’d have the following leftover:

Extrapolating the math you can figure the following ratios used up per flower period:

So let’s base our cost on four grows.

Costs per gallon of each:

For four grows (flower period only), then, our total would be two gallons of Micro, four gallons of Bloom, and one gallon of Calimagic.

Now let’s do the GG formula for 40 gallons of water.

Typical purchase size for dry nutes is 1kg, so these prices are for 1kg bags.

Going with four grows, we’d have the following left over:

The cost comparison then is:

So switching up is costing me less than half what Lucas was costing me. If this all works out and I like this nutrient line, then I will be buying 25# buckets of these nutes at a reduced cost per gram.

Dang someone got high and went all mathematician on us.

Haha - I wish. Working so… drug free until at least 5pm.

Got me wondering what a comparison to maxi-bloom would look like?

Plants were looking good and all of them put roots out of the hydroton, so they got just one day under 24 hours of light, and as of this morning, are now under 12/12.

Temps in the tent with lights on and the lights only at 210w are hovering around 79F. Ugh. Humidity hovering between 55-60% (which is where I have my dehumidifiers set - we will be attempting to lower the humidity by 5% or so each week as we go along).

Heading out of town until tomorrow night. Quick check on the flower tent this morning and everything looks more or less in order. “Day time” temps are hitting 82F with the lights at 350w. “Night time” temps are getting down to 73F. Humidity is ranging from 38% (lights on) to 55% (lights off).

When I get back tomorrow night I’ll post a pic of the tent. I’m really curious how these monster clones will transition into flower.

And look, the second one to welcome me n forgot he was set up.
Thx @missiles

Today is the 7th day since the plants were put under 12/12 light. 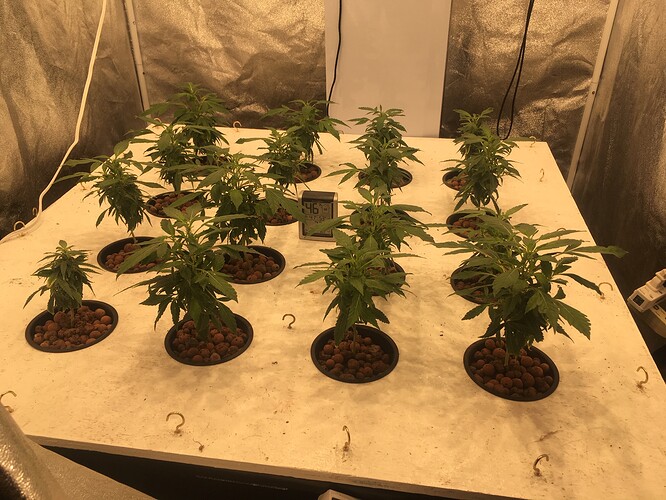 At this point I’m thinking I should’ve let them veg for one more week. I probably should get the roots where they are now and then flip them. We’ll see how this plays out, and use it as a data point for the next run. 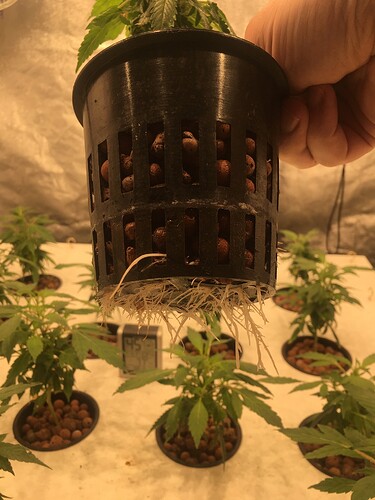 The reservoir this morning was at 5.93pH. I dropped a few ML of PH Down into it - it’s been creeping up slowly every couple of days. Seems like the Jacks isn’t buffered as well as the GH Flora series?

PPMs are sitting around 900 still.

I upped the lights to 450W this morning.

On a side note, I also dropped off three samples from my last flower run at a local-ish testing facility. 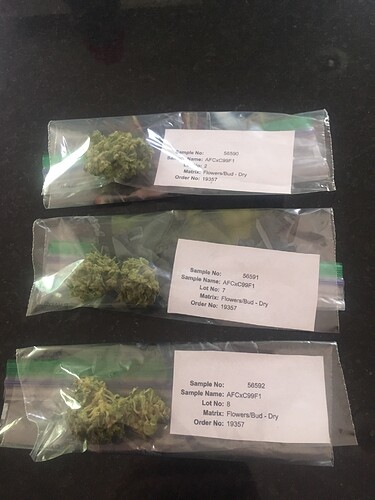 In addition to that, I recently acquired some Greengene 1979 Cherry Bomb seeds. I will be waiting until I return from my vacation over the 4th of July holiday to drop a couple of them. My intention is to sex them, get a female, and grow her out in a DWC bucket for clones. The Blue Orca x Red Thai seeds were freebies. 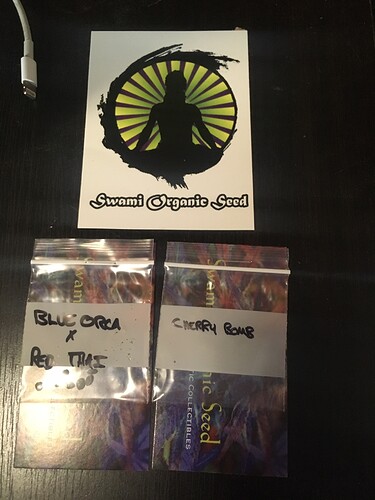 I look forward to your journal, You’ve got all kinds of seeds to grow and I can’t wait to see how this progresses. Thank you for journaling your progress for us all.

Seeing some leaf issues I don’t like so I dropped the PPMs to 750.

How’s the ph after you left them this morning?

If you’ll remember, once I turned my top feed back on in week 2 of flower I believe it was, my roots pretty much continued to grow until harvest and that was definitely the biggest spike I had in New root growth for the entire grow

It should be interesting to see how these shape up. I am excited to get a new data point - this would represent a good test case for the fastest I can turn around clones and put them in flower. The one clone in the front left spot in the tray was put in the tent just a mere three days after it developed it’s first root. When I installed it in the tent, it only had around 6" total of root mass from two 3" shoots.

Some of the larger ones were rooted for a week in the cloner prior to the move and had 12+ inches of root mass.

I wonder how many other people are collecting and sorting through seeds while on their real job conference calls today. 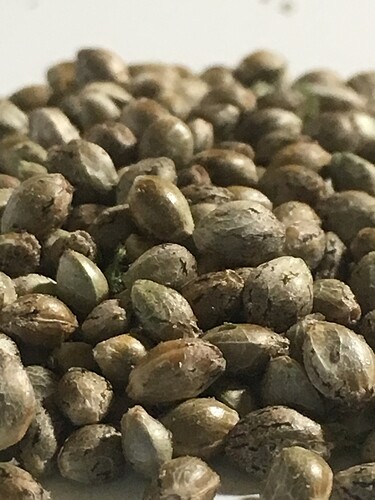 that is definitely a seed pile! Nice work @Bogleg