Let's be Blunt with Montel Williams

Let’s be Blunt with Montel
New Episodes every Thursday

CANNABIS NURSE | JANNA CHAMPAGNE
Let’s Be Blunt with Montel
Janna’s introduction to the cannabis industry began as a cannabis patient who happens to be a nurse when she suffered a debilitating immune health collapse in 2012. Janna credits cannabis for helping to reduce her reliance on harmful pharmaceuticals, and for supporting her ability to regain optimal health status against all odds. Janna is also known for her daughter’s cannabis/Autism success story, which published on the cover story in a nationwide industry magazine in 2017. Nurse Janna has educated thousands of patients, helping them optimize their cannabis therapy outcomes through an individualized and well-informed approach. Janna has gained extensive clinical application knowledge through her work, including individual considerations of cannabis therapy, and which products might best fit a patient’s situation. Janna founded Integrated Holistic Care is a Southern Oregon non-profit medical and health education organization dedicated to providing quality health counseling and education services to help clients optimize their health. 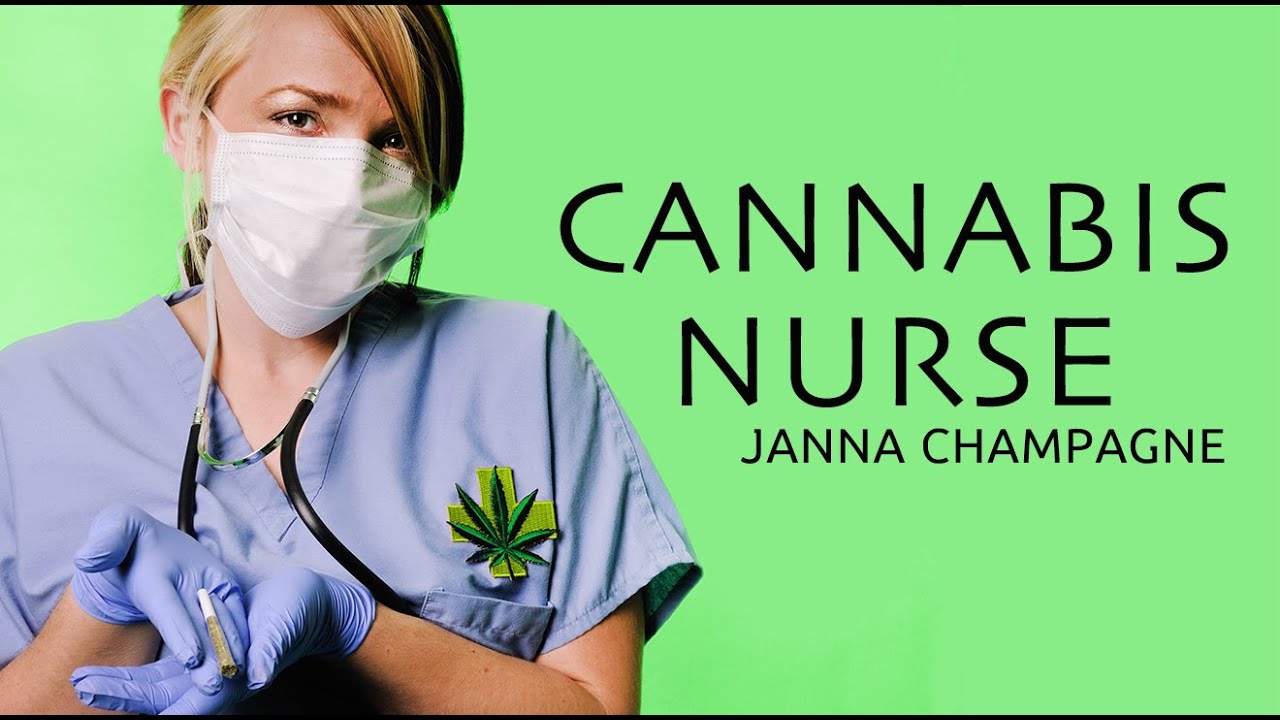 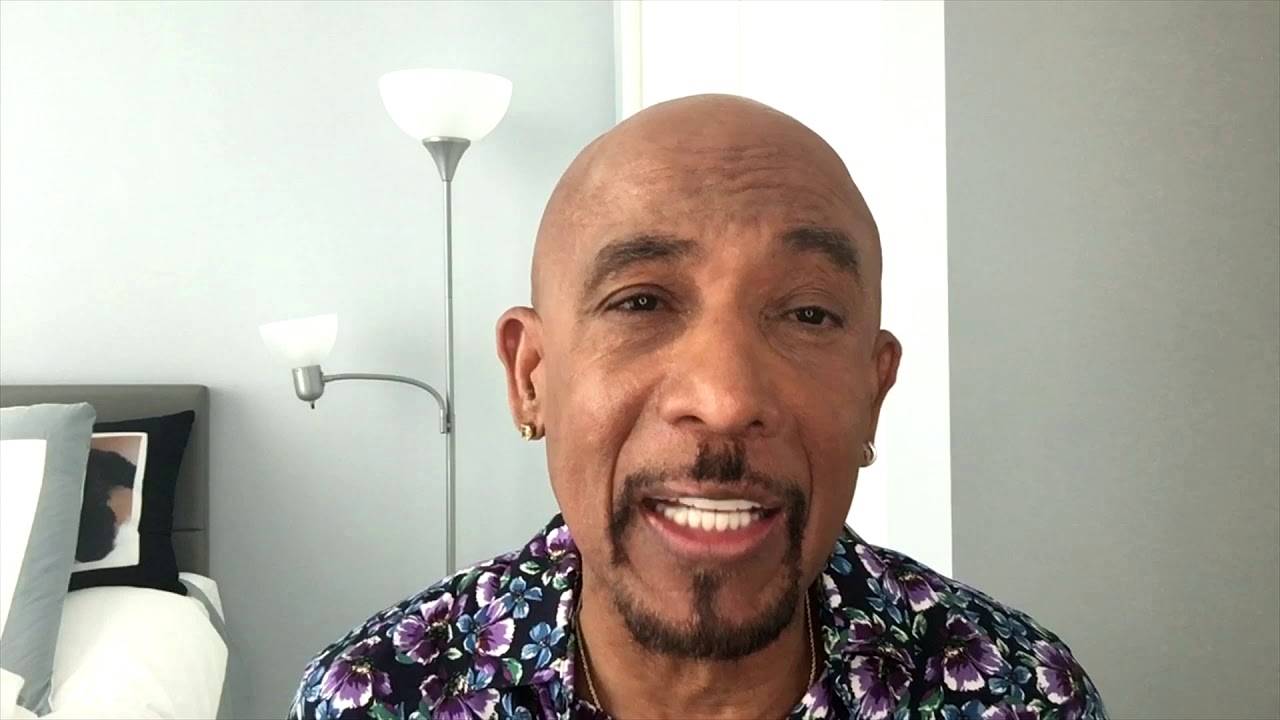 Let’s Be Blunt with Montel

Montel reacts to the pressure to ease social distancing pre-maturely and the protests that popped up around the country yesterday.

On this edition of Let’s Be Blunt, Montel gives the keynote address at the Florida Medical Cannabis Conference on February 22, 2020. Montel shares his personal health journey, discusses the importance of patient access, and how the cannabis industry needs to continue to work together to continue to advocate and change laws as the industry grows. 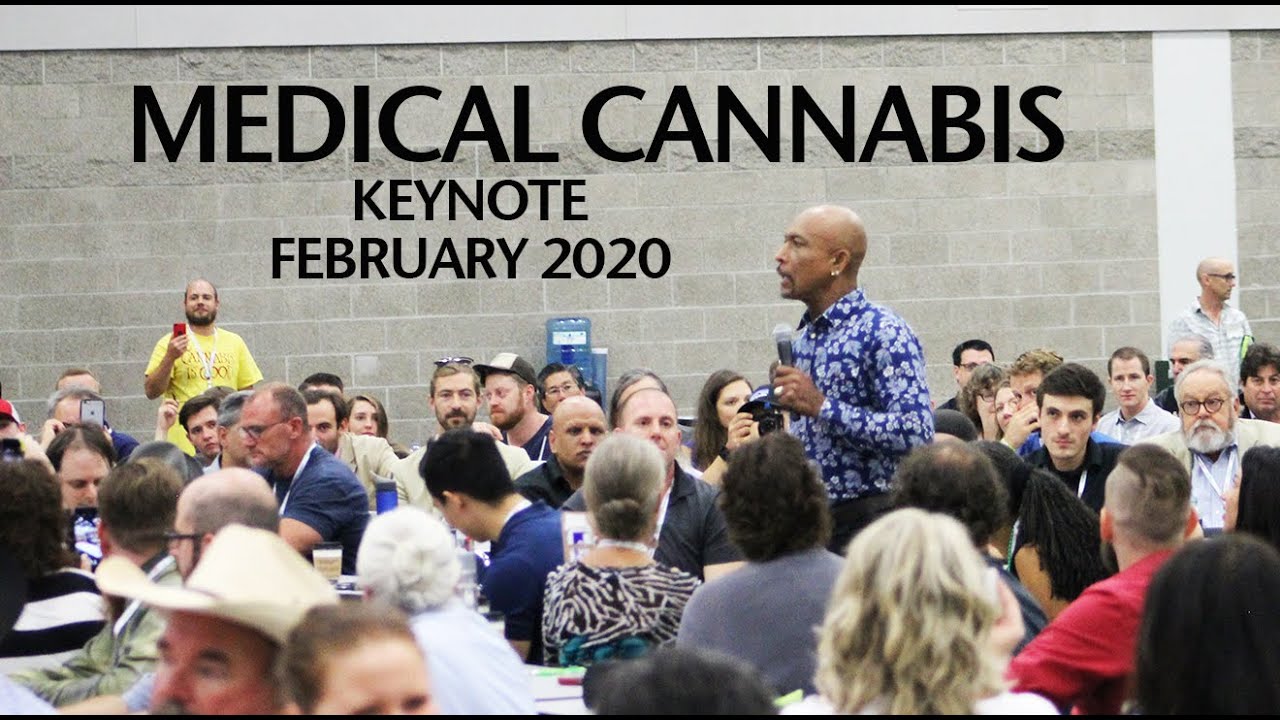 Montel reflects on being deployed in the military, and how he often longed for a “different type of social interaction” in that environment. During social isolation, especially for those who are in their homes alone, it is easy to be overcome by loneliness. It’s important to remember that during self-isolation, you don’t have to socially isolate. Reach out to family and friends regularly by telephone, web conference, or FaceTime, those interactions are an important basic human need. 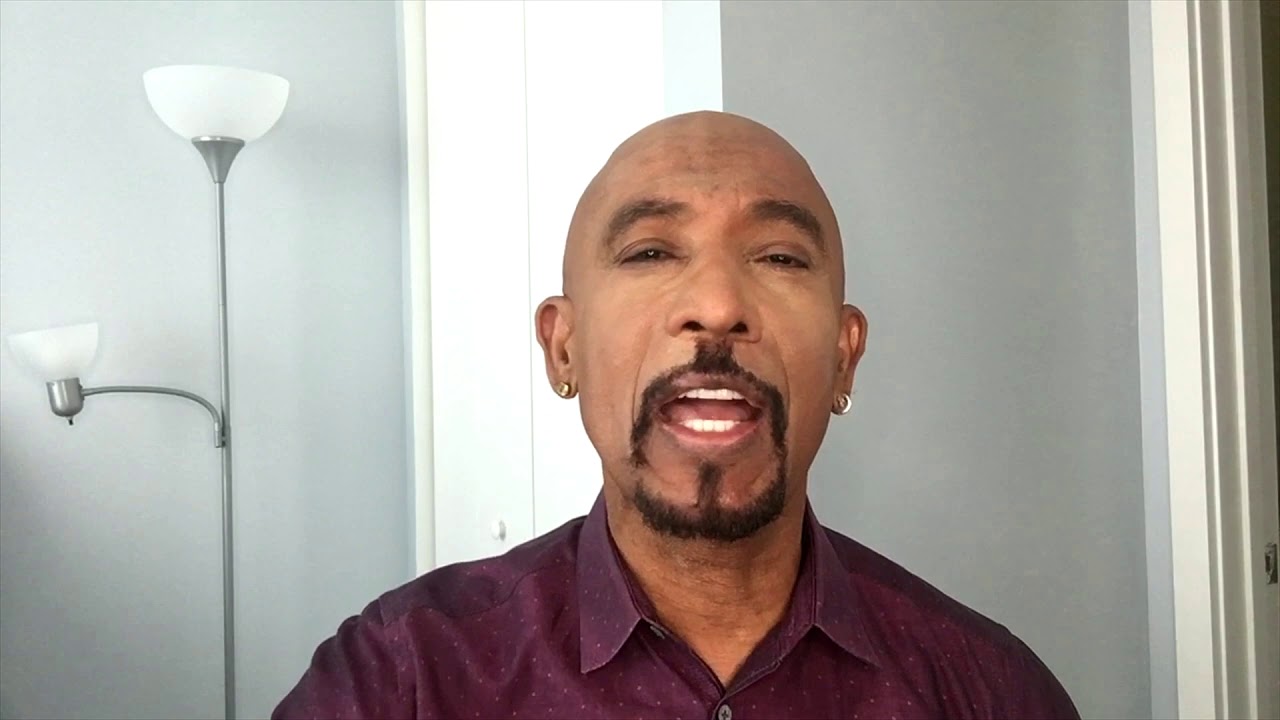 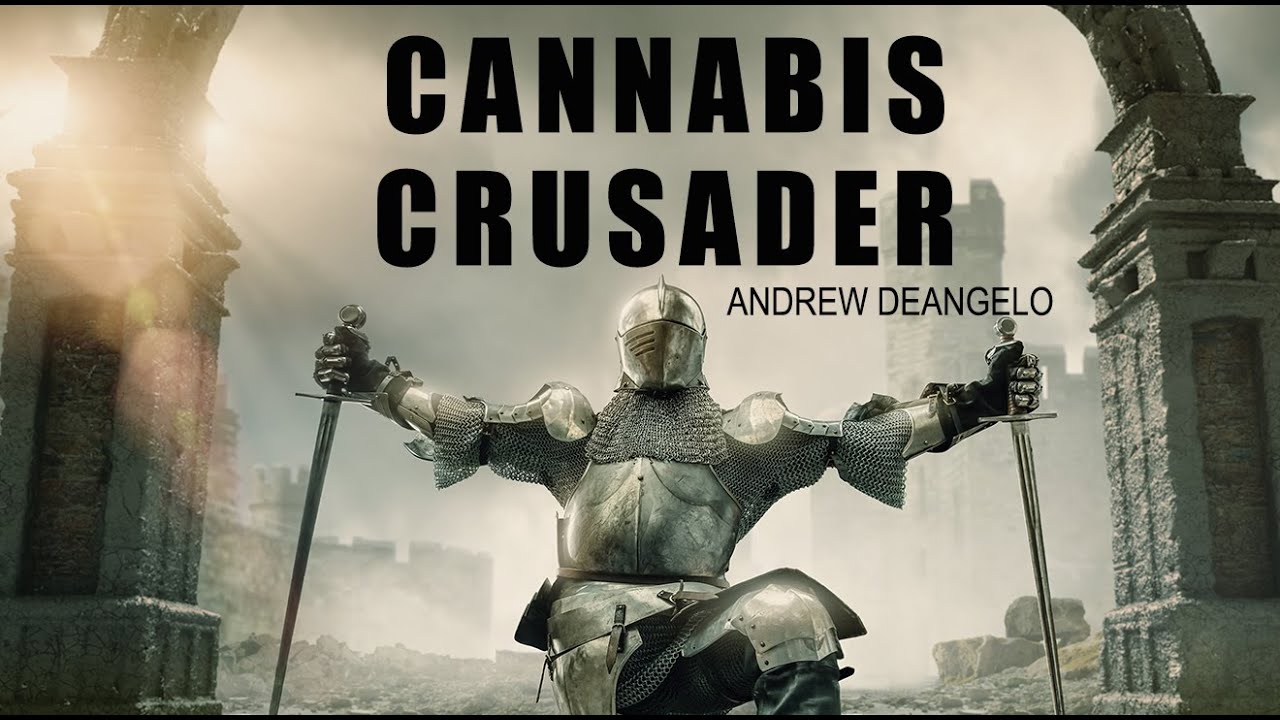 CANNABIS CRUSADER | ANDREW DEANGELO
Over two decades as an activist, Andrew DeAngelo worked on a variety of voter initiatives which legalized medical and adult use cannabis in San Francisco, Washington D.C, and the State of California. As a co-founder and advisor to one of the oldest and largest cannabis retailers in the world, Harborside, Andrew has pioneered legal cannabis business processes and provided groundbreaking political engagement and thought leadership to the cannabis community — leading the design and development of gold-standard cannabis retail by innovating many “firsts” for the industry. This includes: introducing CBD medicines to heal severely epileptic children, implementing the first lab-testing program in the history of cannabis dispensing, creating child-resistant packaging for edibles, standardizing inventory tracking, initiating senior outreach, and successfully preventing the federal government from seizing Harborside in forfeiture actions against the company in 2012. Andrew began his political career as an activist while studying for his MFA in acting at the American Conservatory Theatre in San Francisco. He has starred in several films and runs an entertainment production company, DeAngelo Brothers Productions (DAB), with his brother Steve. Andrew is co-founder and Treasurer of the Board for the non-profit Last Prisoner Project (LPP) and a founding Board of Directors member of the California Cannabis Industry Association (CCIA) where he served from 2013 to 2020.

CANNABIS JOURNALING | CHARLES MCELROY
[
Let’s Be Blunt with Montel
Charles McElroy is the founder of Goldleaf, a science-forward printing company for cannabis growers, patients, and enthusiasts. McElroy is a former volunteer with the Marijuana Policy Project, has a history of supporting veterans education and access to medical marijuana, and several years studying permaculture and organic farming in Ohio and Colorado. McElroy created Goldleaf to benefit the evolving recreational and medical cannabis communities. Goldleaf brings a clear and credible perspective to the cannabis community by pairing compelling design with the latest peer-reviewed research. Goldleaf products are available worldwide and the company also provides custom design services, now adorning select dispensaries and white-label products across the U.S. Formerly COO at Noble Denim & Victor Athletics, a sustainable and ethical clothing manufacturer, McElroy holds a B.S. in Engineering Technology and Management from Ohio University with an MBA track at Miami University in Business Informatics. 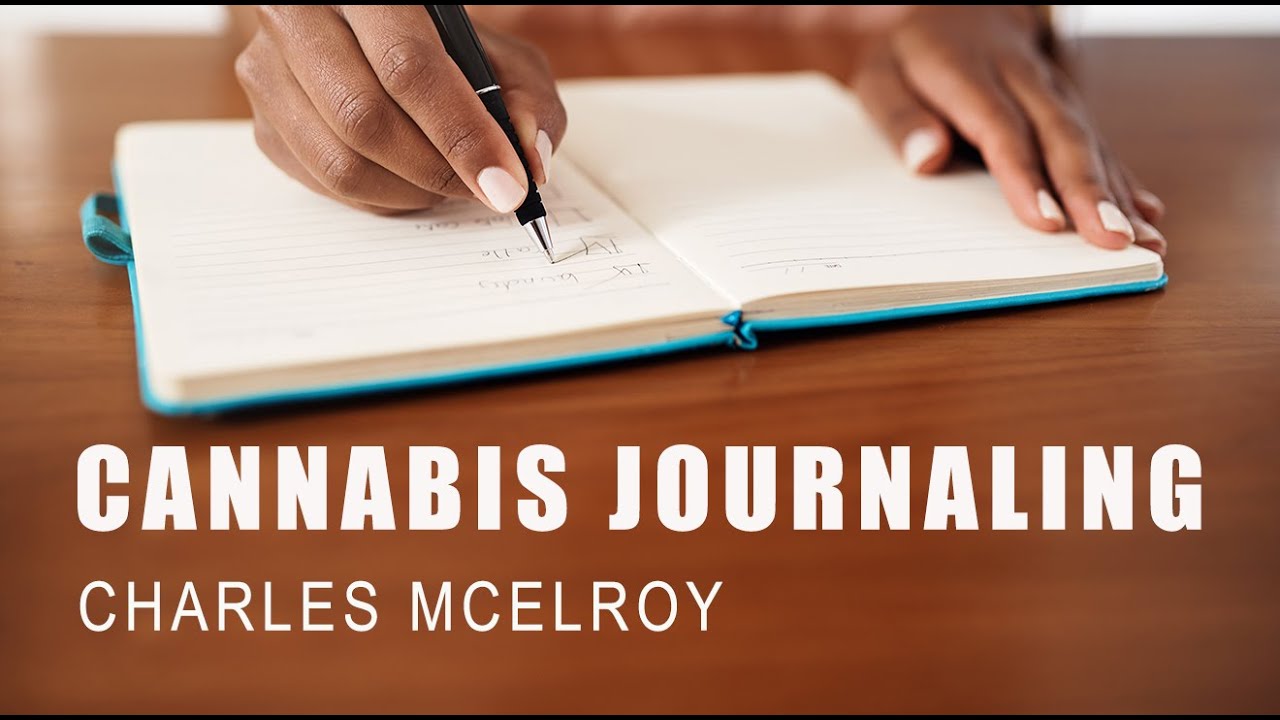 COVID-19 AND THE TRUMP | JONATHAN FRANKS

Let’s Be Blunt with Montel
The Federal Government’s COVID-19 Response In today’s episode of Let’s Be Blunt, Montel talks to Jonathan Franks, President of LUCID Strategies and a longtime communications advisor about the Federal Government’s response to COVID-19 and the potential impact on the election. They also discuss the impact of disinformation online and the state of absurdity in which we now find ourselves. 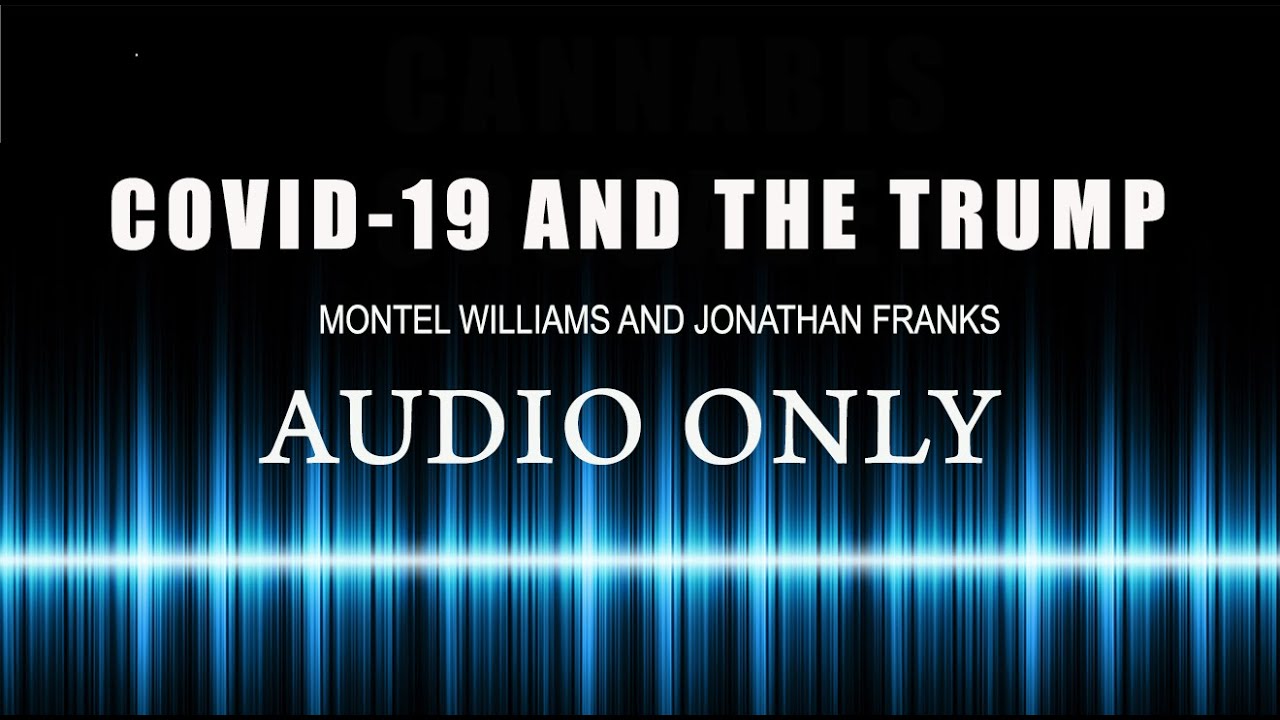 HOW TO GET A BETTER NIGHTS SLEEP | MICHAEL BREUS, PHD
Let’s Be Blunt with Montel

Montel talks with Dr. Michael Breus about the importance of sleep to our overall health, how to deal with a lack of sleep from too much stress, and his tips for getting a good night’s rest. Michael Breus, Ph.D., is a Clinical Psychologist and both a Diplomate of the American Board of Sleep Medicine and a Fellow of The American Academy of Sleep Medicine. He was one of the youngest people to have passed the Board at age 31 and, with a specialty in Sleep Disorders, is one of only 168 psychologists in the world with his credentials and distinction. Dr. Breus is on the clinical advisory board of The Dr. Oz Show and appears regularly on the show. he has authored three books, The Power of When The Sleep Doctors Diet Plan and Good Night: The Sleep Doctors 4-week Program to Better Sleep and Better Health. 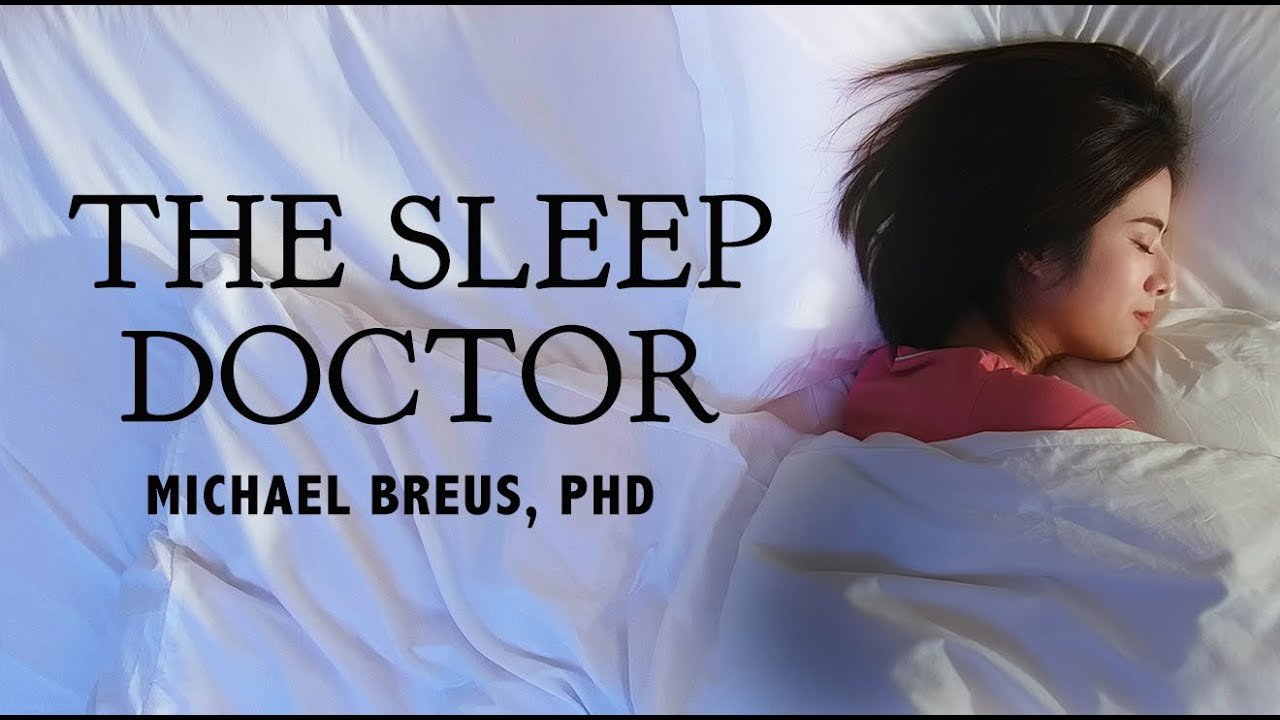 Montel chats with JJ McKay, the Founder, and Publisher of the award-winning lifestyle platform, The Fresh Toast. The Fresh Toast provides information about culture, weed, celebrity, tech, and medical marijuana. With a mission that includes making the cannabis conversation mainstream, The Fresh Toast is the premier, comprehensive destination for discovering everything you’ve ever wanted to know about marijuana for the canna-curious, canna-newbie, or medical patient. 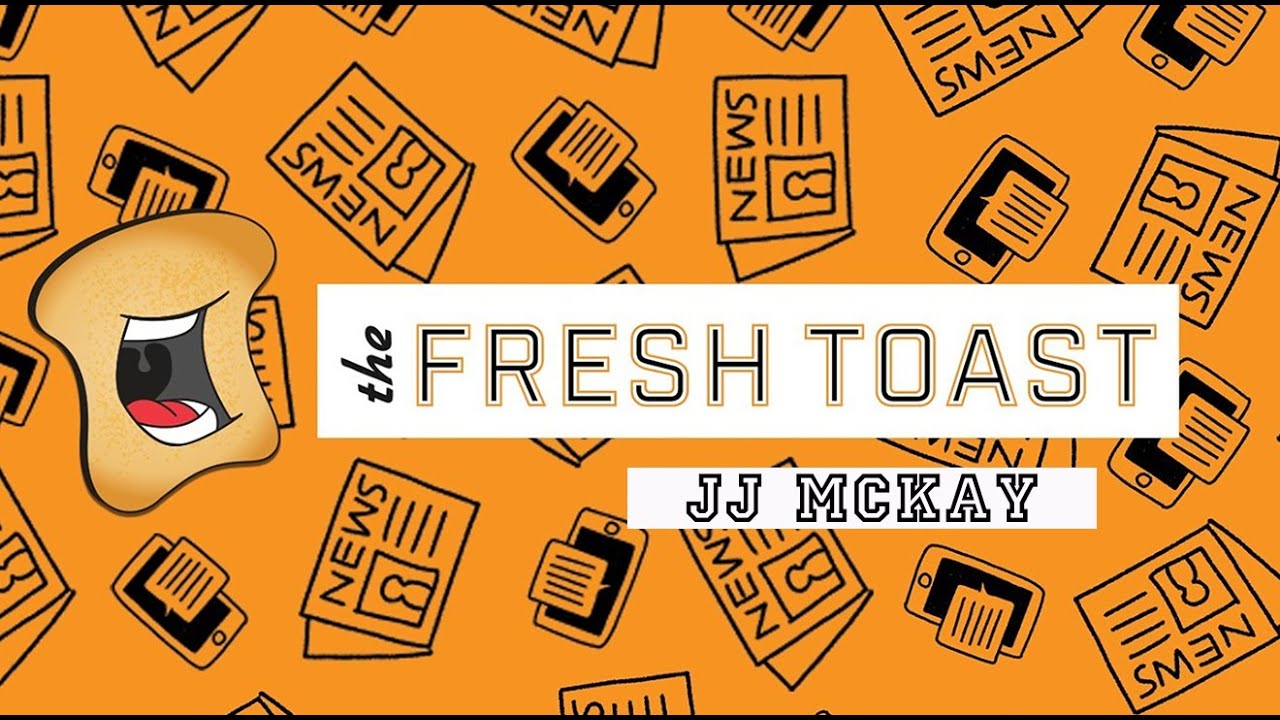 Montel talks about taking a knee 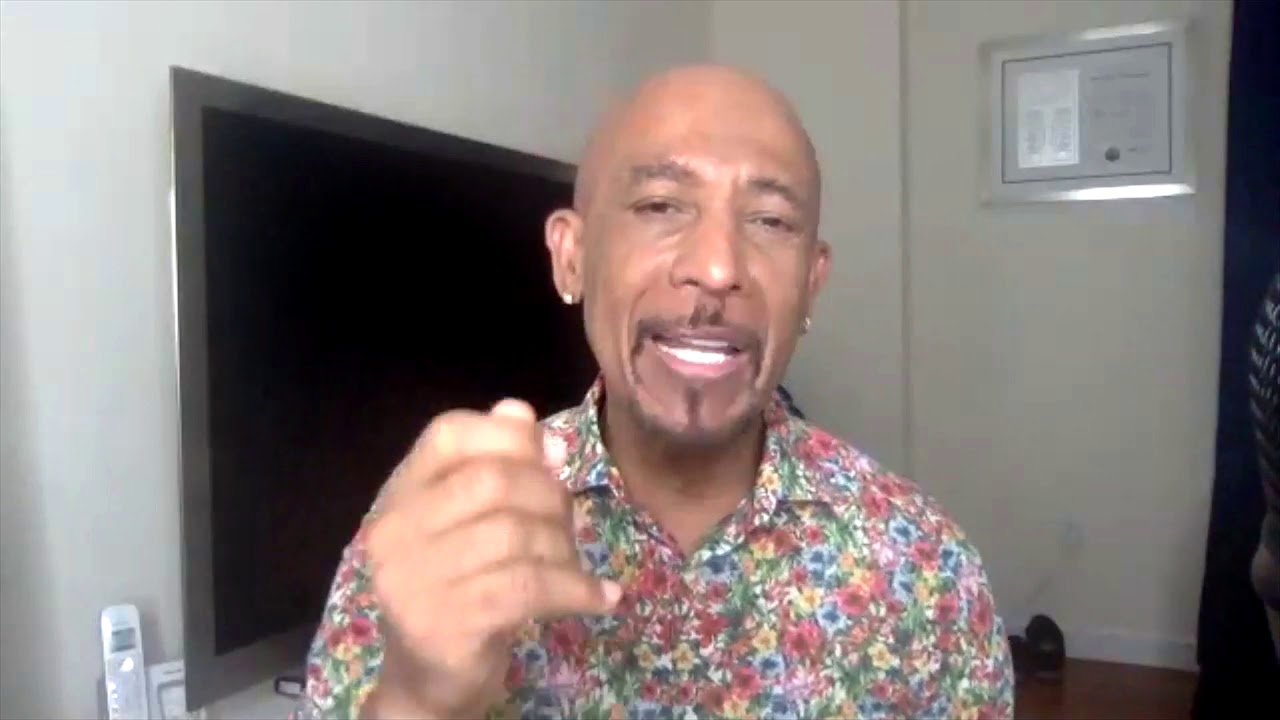 ASK ME ANYTHING | MONTEL
Montel responds to fan questions and comments. Subscribe and send us your questions and they may be answered on the next “Ask Me Anything” episode. 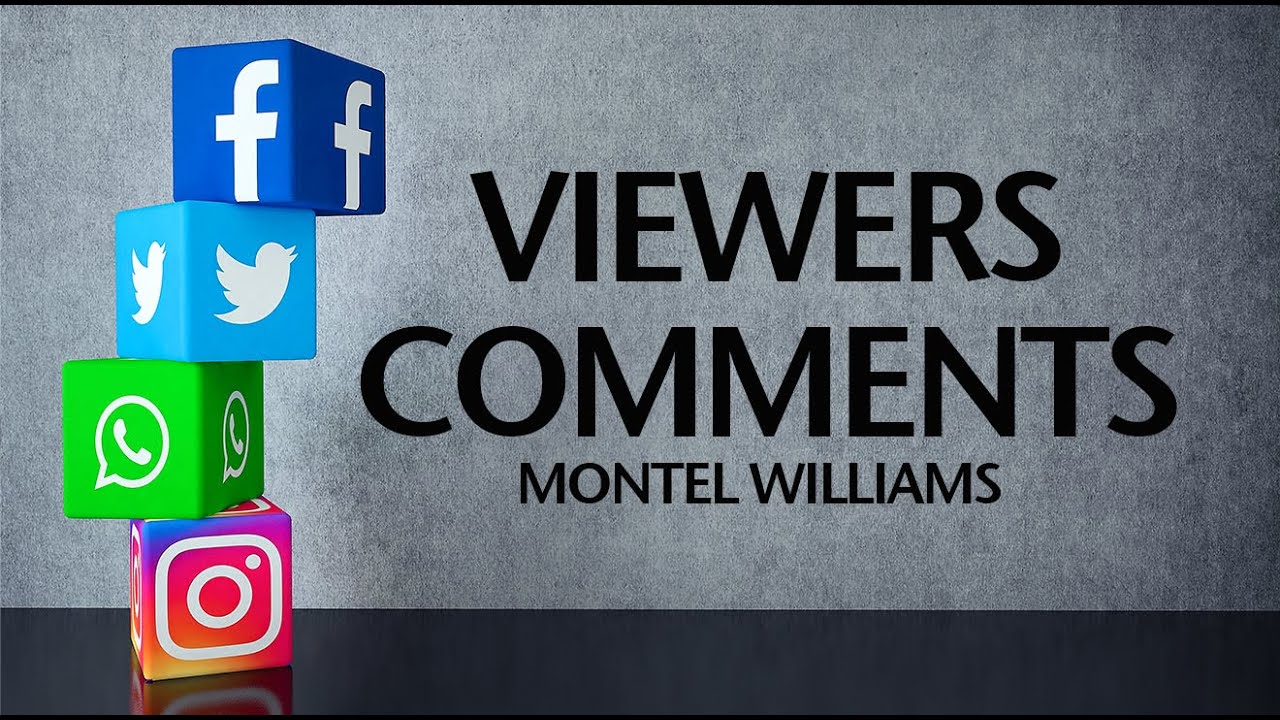 PART 1 TAKING A KNEE | NATE BOYER
Montel talks with Nate Boyer, former active-duty Green Beret, world traveler, philanthropist, community leader and a former member of the Seattle Seahawks. Nate counseled Colin Kaepernick to take a knee in peaceful protest during the national anthem, a respectful way to bring attention to his cause as opposed to sitting on the bench. Nate has served multiple tours around the world, and expresses how that experience has made him appreciate what we all have in common regardless of race, culture or religion. 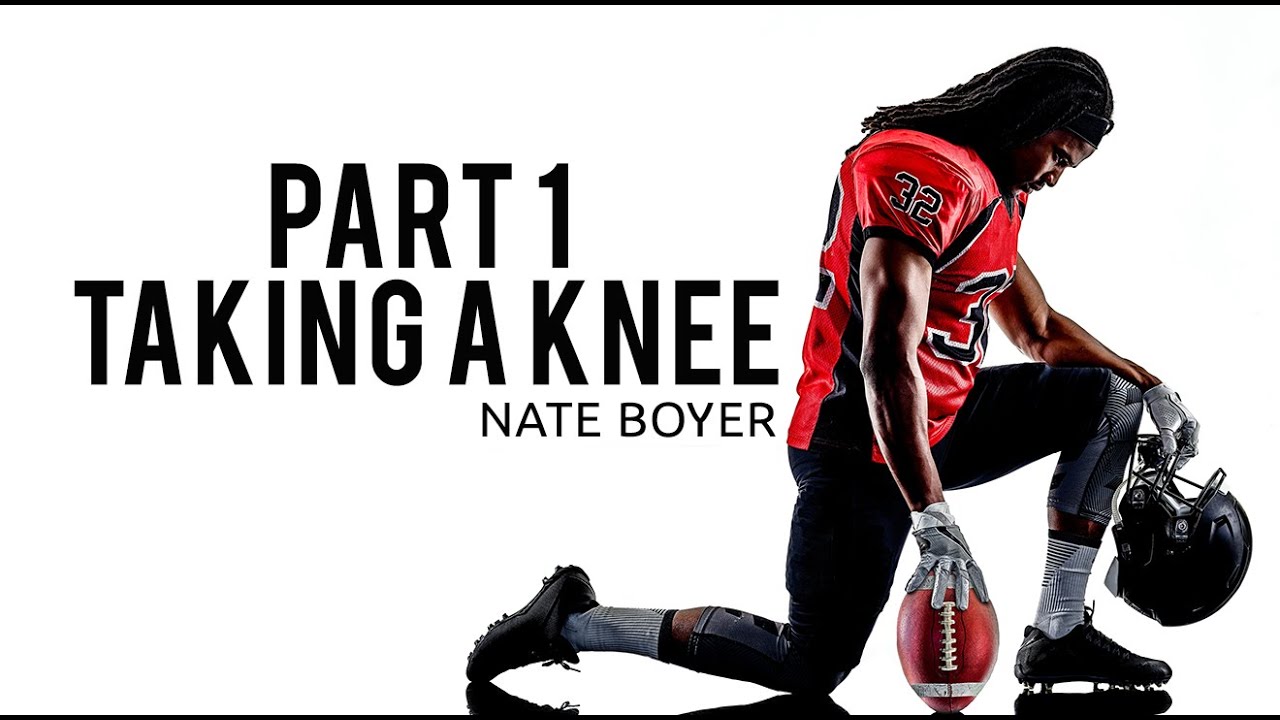 Part 2 TAKING A KNEE | NATE BOYER
Montel talks with Nate Boyer, former active-duty Green Beret, world traveler, philanthropist, community leader, and a former member of the Seattle Seahawks. Nate counseled Colin Kaepernick to take a knee in peaceful protest during the national anthem, a respectful way to bring attention to his cause as opposed to sitting on the bench. Nate has served multiple tours around the world and expresses how that experience has made him appreciate what we all have in common regardless of race, culture or religion. 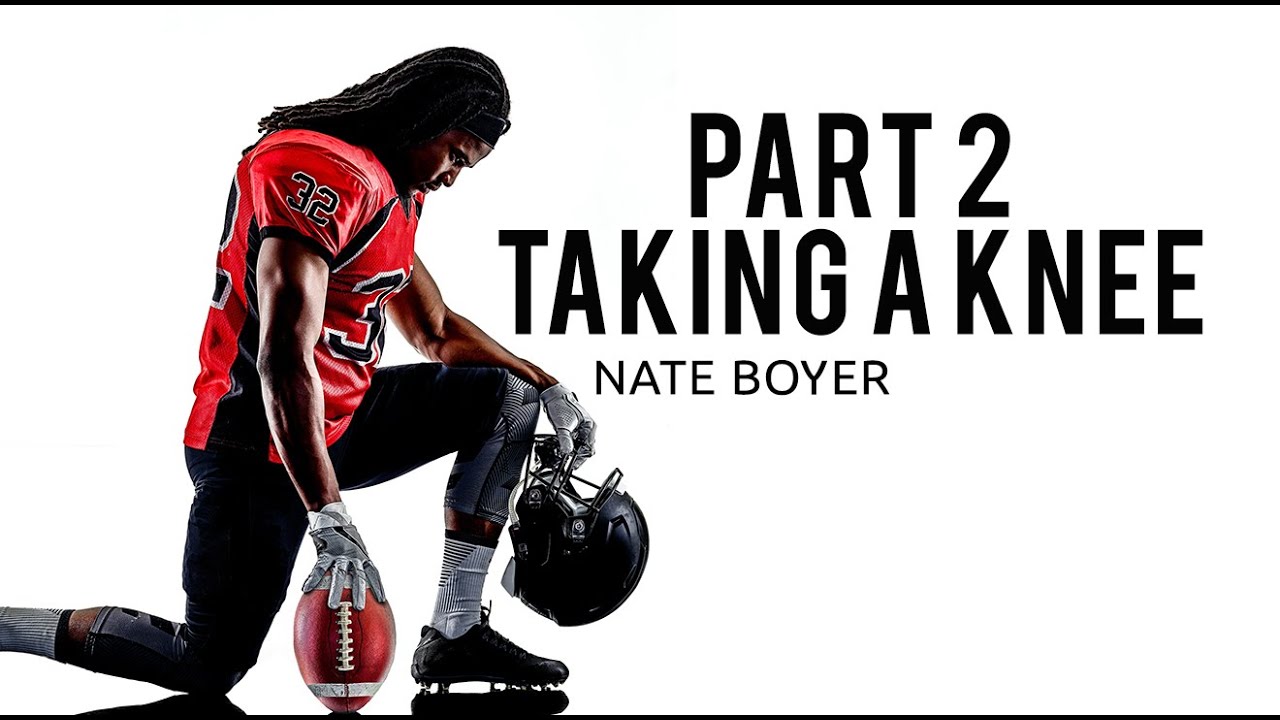 ENTERTAINMENT & CANNABIS | JEFF WELSH
After several years of touring and recording professionally as a saxophonist, Jeffrey decided his skill set would be best served on the business side of the entertainment industry, and headed to Law School. Jeffrey is now a partner at Vicente Sederberg LLP, where he focuses his practice on advising companies, brands, entertainment and media properties, other law firms, and investors on how to navigate the California cannabis marketplace. He is also the co-founder a full-service creative agency, Composite. Composite helps guide and grow brands in the legal cannabis industry and specializes in creative & content production, marketing research & strategy, and product development. 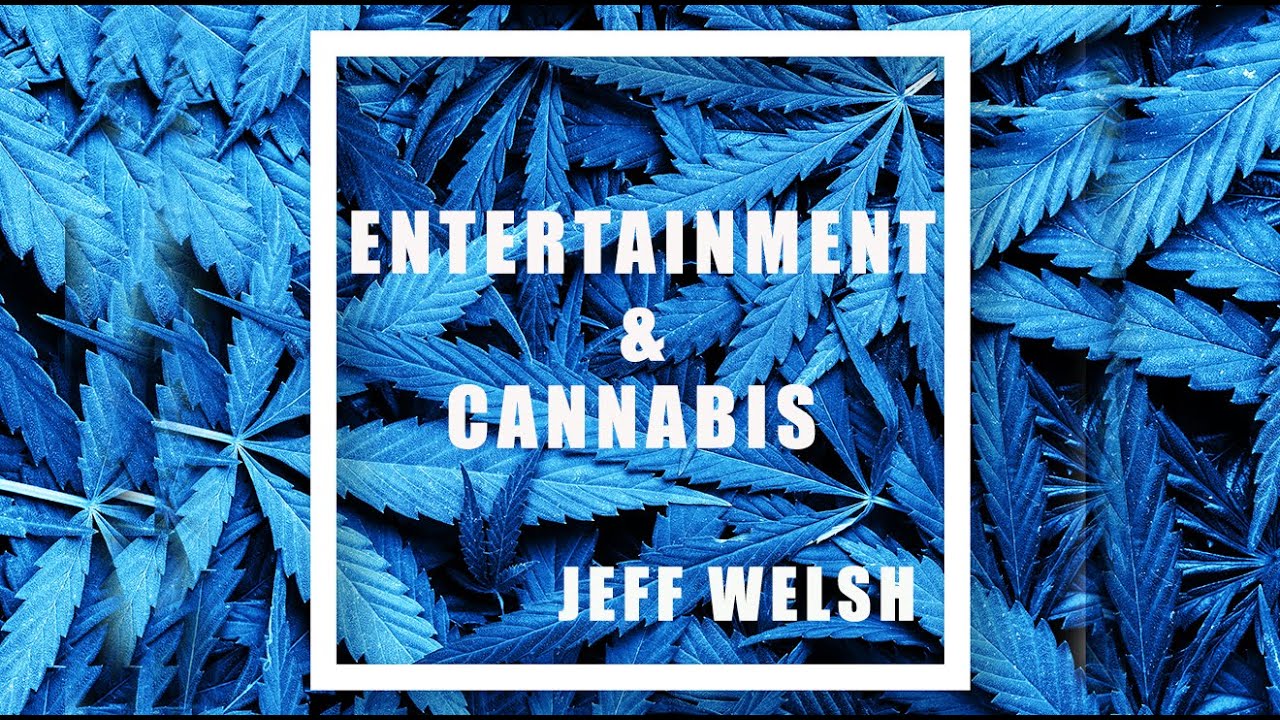 DIVERSITY IN ACTION | SUCCESS CENTERS
Let’s Be Blunt with Montel

Success Center is a community-based organization that was founded 35 years ago by Superior Court Judges in San Francisco to provide education and employment opportunities to youth in juvenile detention facilities. The program has recently expanded to include Equity for Industry training and workshops for those interested in the cannabis industry. Liz Jackson-Simpson, CEO of Success Centers, and Angela White, Program Manager for Equity for Industry, talk with Montel about the program and the challenges minorities face when looking to enter the cannabis industry, and how their programs address those challenges. 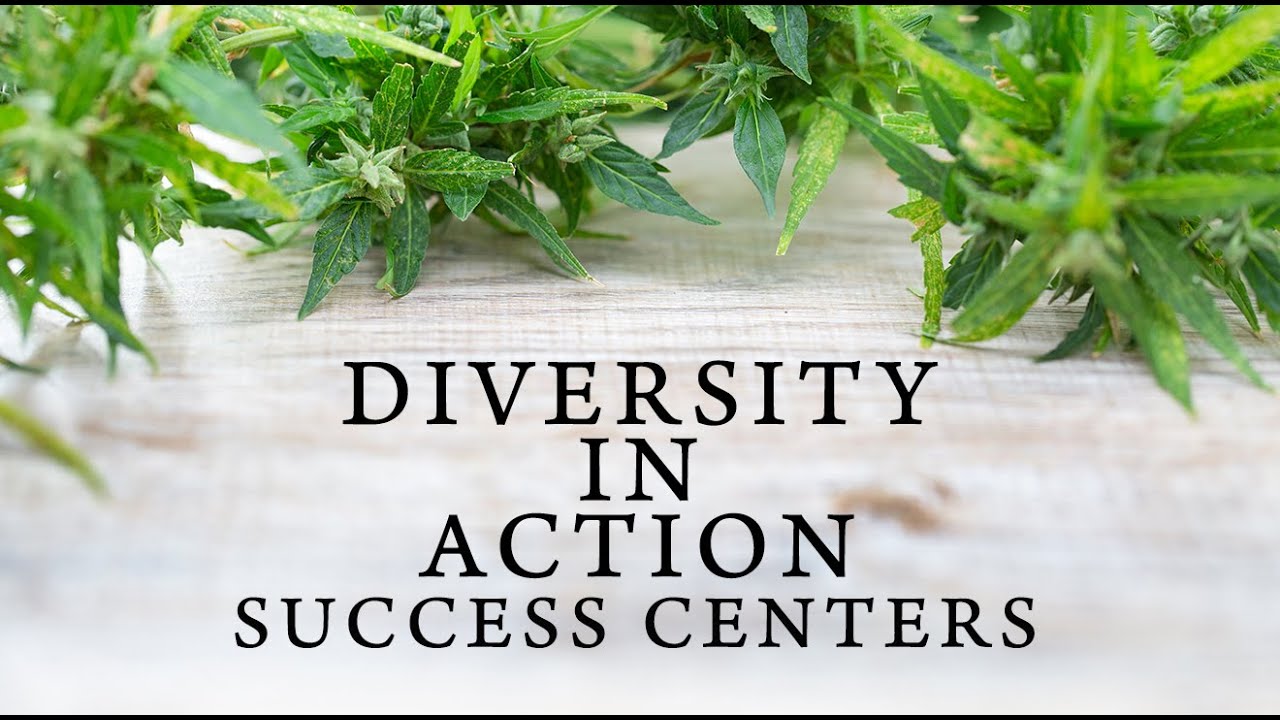