Last July I took a clone off one of my outdoor plants. I stuck it in some dirt and placed in on my counter. I watered it occasionally over the past few months. Here’s where we are now. 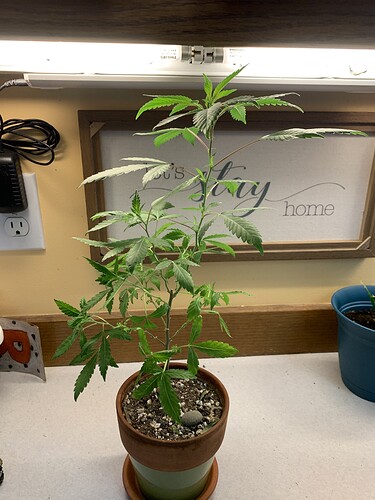 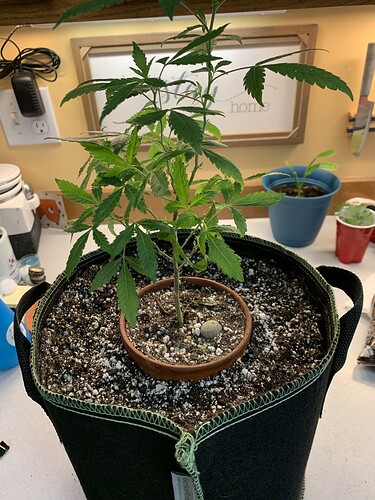 I sprinkled mykos in the hole the pot made. And I also put some on the root ball. 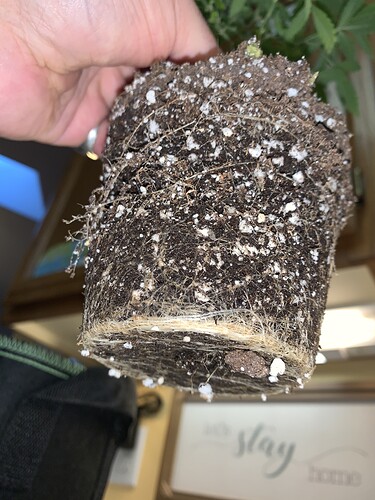 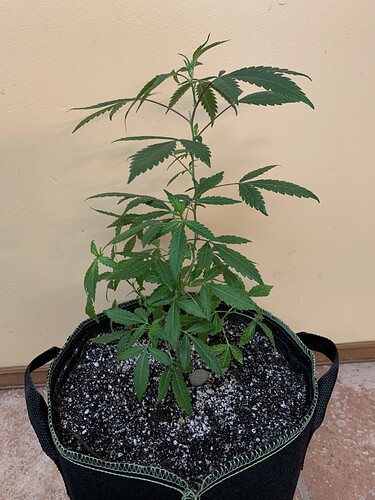 She’ll be fed Jacks321 when the FFOF nutes starts to crap out (probably ~3 weeks). She has been outside a whole bunch over the past few weeks, she’ll be 100% outside in a few weeks more. I’ll probably flip her around the end of May.

She’s an unknown strain. The leaves of her the other clones turned a dark purple, almost black. The flowers smelled like Costco/generic fruit snacks. I’m hoping to get that again (fingers crossed).

When she’s 100% outside, she’ll also be getting pond muck as a booster.

Add silica for your stalks. They will get much bigger and hold the plant better

Perlite contains silica. It just needed the up-pot and now some breeze

I was also thinking of watering with Mag while waiting to start the Jack321. See if it’ll help the stalks get swole.

Kev, I have a pic from last year’s grow for you. 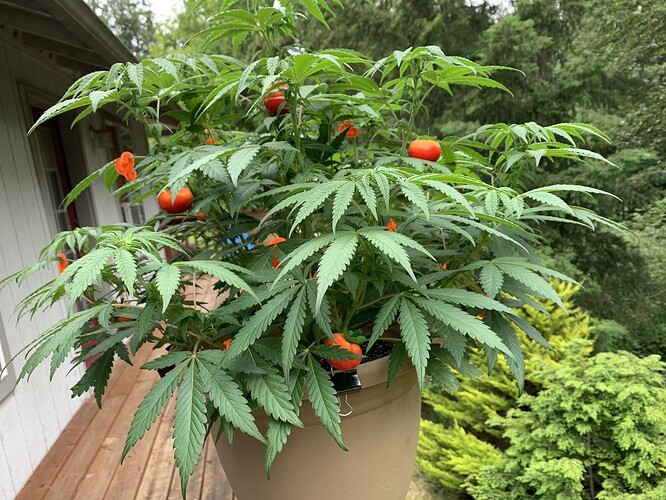 Love it bro! Grow them 'maters!

Now I’m going to have to find my box of tomatoflage. I used to be real paranoids of my neighbors seeing my plants. As it turns out, no one gives a crap. No one can see anything anyway.

. Can’t wait to see what you do with this one.

Just don’t set her where the street light is

I think it’s call “weed” because it is so resilient! Have resurected many a "dead " plant. 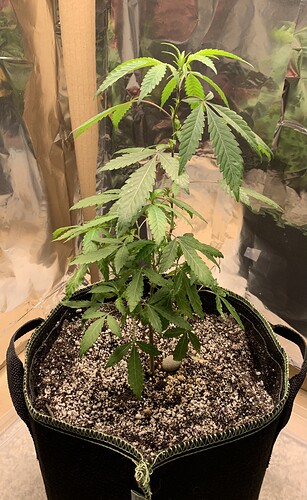 She’ll sit here until I can put her outside.

Let’s see how these angle things will work. 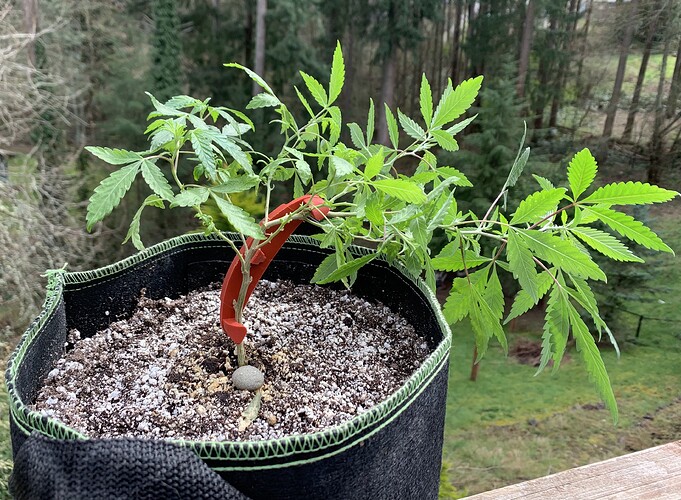 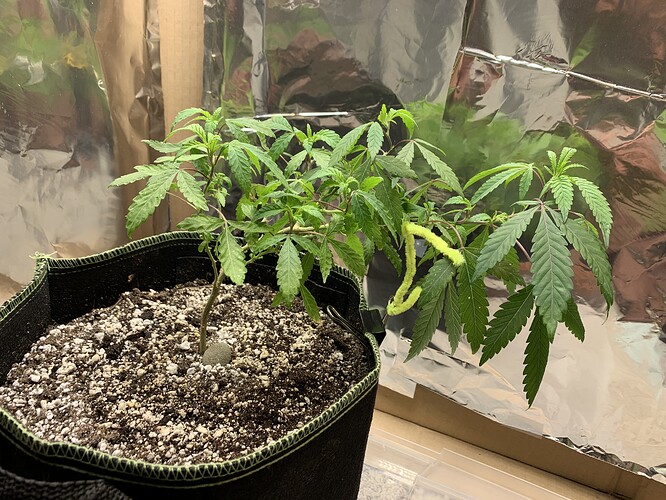 And I think the right-angle bender might be too heavy for the plant at this stage. So I went back to using a binder clip and a pipe cleaner for now. 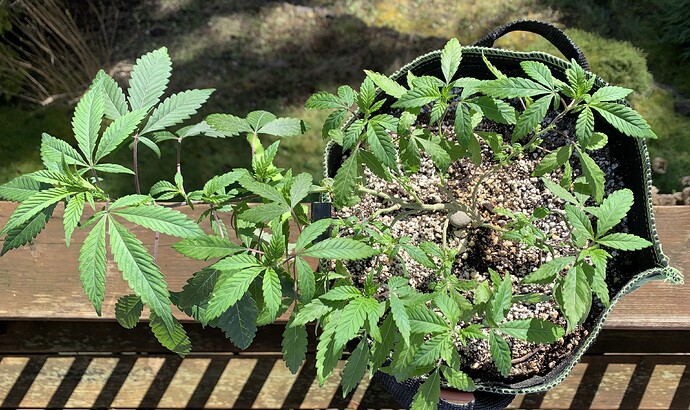 Thank you. Once her stringy little arms get bigger, I’ll train them to lie down also. 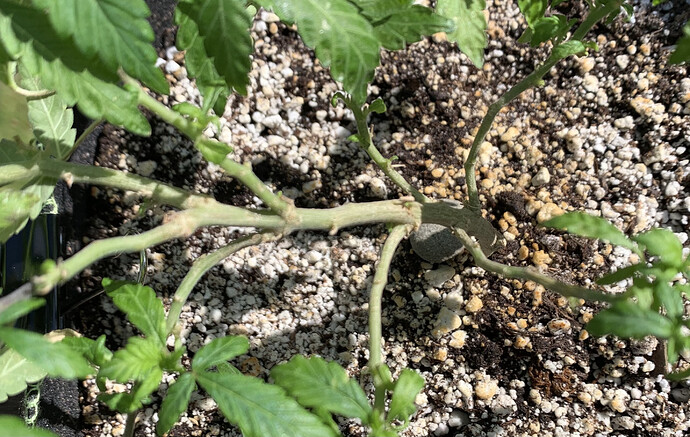 I think I accidentally over watered. She looks sad. Maybe it’s transplant shock. 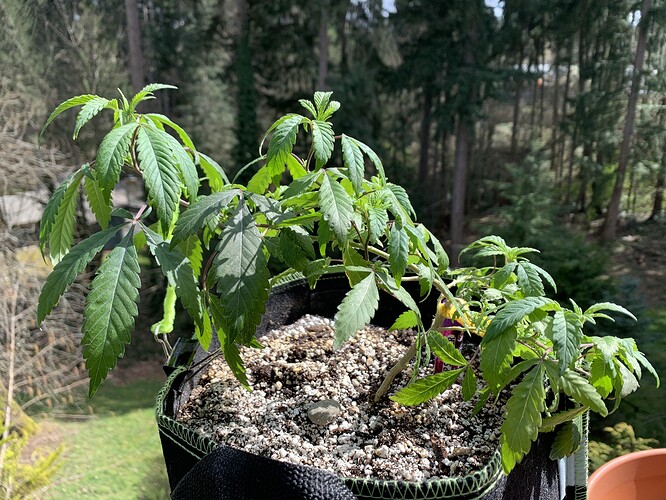 She get hardened off? She might just need sunglasses

Yeah. It’s possible. She has been outside a couple of times. But not this many days in a row and not for this long of a time.