Problem solving with the GN community

Having issues in your grow? Post your problem pics here and we’ll all lend a hand to help you out. 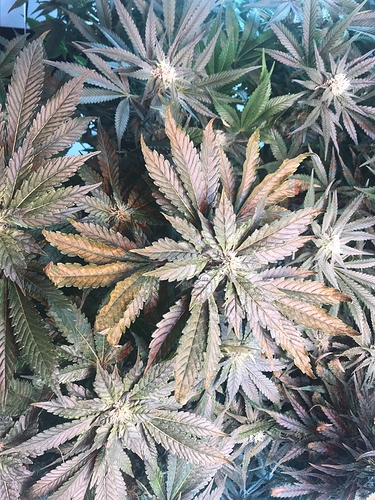 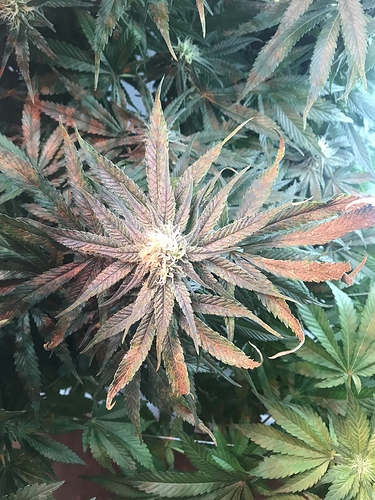 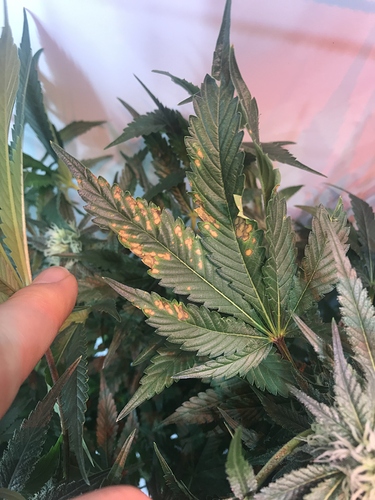 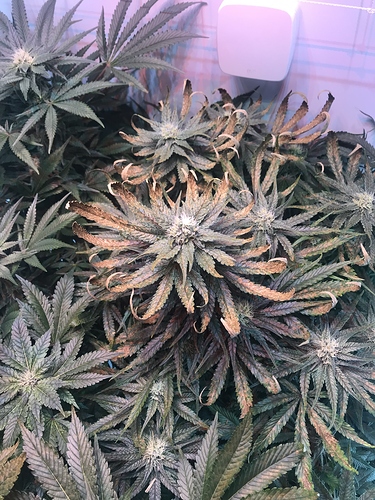 I’m a relatively new grower, and this is my first grow in a new set up. I am running DWC with a SuperCloset, SuperPonics 35 gallon res, running lotus nutrients. I have definitely learned a lot from this grow, but still have a lot to learn. One of my biggest problems lately has been a perpetually falling pH. Especially after a res change. I can ph to 6.4 and 24 hours later it will be down to 5.2. I read that I might be over feeding so I back off the nutrients, feeding less than Lotus Recommends, which helped me to get it stable more quickly, it I still have problems with it falling. My ppm will stay the same or slightly rise, as I understand it it should be the other way around. I am in week 5 of flower, and now I am having these symptoms. I am hoping for a little guidance.

I’m super new at growing as well, but I’m more than happy to try and help resolve this for you. Keep in mind, I am by no means an expert, just practical experience and a whole lot of google searches. 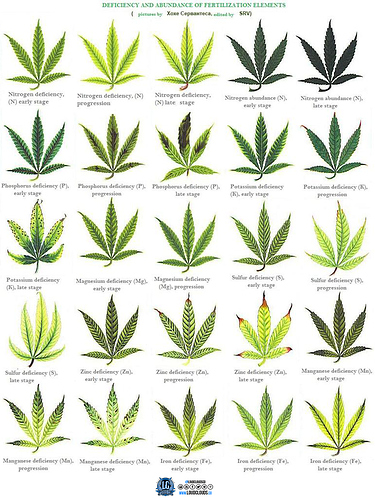 My ppm will stay the same or slightly rise,

The more I think about it, the more it sounds like root rot. Check them out and let us know, that would explain the spotting on the leaves as well. Your plants arent getting any nutrients or water.

A lot of things I have researched in regards to rapid pH drops say that as well, but unless I have it in check, that isn’t the problem. My roots are healthy, and smell fresh. I did have a concern about it early on, and started using hydroguard, which helped with keeping my reservoir cleaner (brownish film and at the water line) but I am starting to wonder if that is the problem. There is so much mixed info on using beneficial bacteria in DWC I have no idea if I should use it or not. Over the last 24 hours, I did a res change, and ran pure RO water for 24 hours to try and do some triage. My pH was stable the whole time. I just did my weekly maintenance, went half strength on nutrients and didn’t add the hydroguard. My res is really clean between changes, except for some slime on the plumbing and underside of the lid at the water line.

The biggest things I did when I encountered root rot and brown slime was run my buckets with 2ml/gal of hydroguard and fresh water for 24 hours. Filled with fresh nutes, and then when I went to top off the buckets I only added fresh water and hydroguard.

I was having the same issue with using organic nutrients in dwc. Which finally climaxed into getting a big outbreak of root rot and losing a plant.

I finally resolved to use strictly synthetic in dwc. And use organic and beneficial bacteria in my soil grows.

Someone suggested to me that I should use diluted compost tea in DWC and molasses, that was the same week of the root rot outbreak.

I’m sure there are a hundred other variables that could have contributed to it. However I really believe keeping it simple will be the best route for me.

Just my two cents. Otherwise I found myself trying to fix something that wasnt a problem, until I created one.

And make sure you clean your buckets and res thoroughly every week when you add fresh nutes. I usually use a liter of h2o2 and about 4 gallons of water in each site. Just scrub the hell out of it till it looks new. No residue or salt build ups. Keep it clean.

I suspect you may have a couple things going on here that I think can be easily remedied. You’re growing from seed and your plant is becoming a bit lanky and looks like she wants to topple over (I have seen this with most of the Cookies varietals). Try pinching or FIMing the very top node (AKA the apical meristem) of the plant. Topping is just cutting or pinching the very top growth and FIMing is getting rid of the top 75% while leaving 25% of that apical meristem in place; FIMing creates multiple new tops). FIMing or topping will force the energy of the plant back down and will create a stronger system overall.

It’s also probably about time for a transplant. Root binding can force the plant to shed leaves in an attempt to survive and only feed nutrients to the critical parts of the plant system. What soil are you in? It looks compact, you may want to consider adding a bit more perlite to give the roots a little more porosity.

Other than those few suggestions, your plant looks healthy. You are not over-feeding and it looks like your leaves are praying. Let me know if these suggestions help.

Anybody else have any suggestions?

Thank you for your response

Here to help, brother! That’s what we are all here to do

What’s a good brand of perilite to use?

DM me and I’ll give you a few recommendations

What soil are you in? It looks compact, you may want to consider adding a bit more perlite to give the roots a little more porosity.

It does look very compact, also looks very wet. I was just curious if you let it dry out completely between waterings @day

@day how is your grow looking now?

I sent it over to my boys house haven’t been able to check on it. But he had perilite and is working on her.

How are you gonna learn how to grow dank weed if your plant is at your boy’s house?

Get 'er back, we’ll help you! Lol, jk, it’s your decision, but there are plenty of great growers around here to keep you on track and get you growing and smoking that dank weed in no time.

No I’m still gonna be in the process.

Hi everyone we’ve checked the run off water from the pot and it looks like it’s coming up around 5.0 what should we use to bring it back up?