Hello all, my name is Bernie Lorenz. Most people call me Dr. B. I am the CSO for ProKure.
ProKure is OMRI listed and an EPA registered Fungicide, Disinfectant, Algaecide, Virucide, and Deodorizer. ProKure is a patented technology that generates chlorine dioxide. The products are in a pouch that can deliver chlorine dioxide in gas and liquid forms.
I am interested to know what growers in the community think of the product if you are currently using or have tried the product. As well as those of you who are interested.
I am available for questions and/or feedback.
Thanks
Dr B

Can you explain the potential uses for ProKure in Cannabis cultivation? Is this a safe preventative option during flowering or is it best used during the dry and cure phases?

Sure can…main use of the products is for turning over rooms. We have developed a protocol specific for this purpose, The idea is that a clean space grows clean Cannabis. In addition, we have a slow release product that generates trace amounts ClO2 that is placed throughout the entire facility. They last about 30 days depending on the RH. This will rid the facility of mold spores. Which brings me to Environmental testing. We measure airborne spores in a space and asses what protocols are needed. Typically within a flower room if the spore counts are elevated we recommend that the slow release product be used. After about 72 hours of use, we retest for airborne spores and the counts are always lower than previous. There have been a few cases that needed additional “treatment”, but this was simply a load issue. Meaning that the mold was very heavy in the room and we just needed to use more ClO2. In the dry and cure phases, its the same idea as flowering, simply minimizing the microbial life in the space. We also have a fast gas product that releases higher levels of ClO2 into the air much faster. This process takes 4 hours minimum, but we recommend that you leave it in the room overnight and simply clear the air in the morning.
ClO2 breaks down into chloride as it oxidizes mold, bacteria, fungi, etc… So the residue left behind is super safe. Please don’t think of ClO2 as a hypochlorite or bleach product. Although they both contain chlorine, ClO2 will not chlorinate organics, which can form carcinogenic trihalomethanes and all of the other problems associated with bleach. Not to mention the disinfection concentration of ProKure is 100ppm ClO2 which is 0.01% ClO2 dissolved in water.
I hope that helped.

Thank you for the explanation. If I were to use a slow or fast release packet to disinfect/sanitize an empty flower room would there be any risk to plants in a veg room next door? Is it safe for living plants that aren’t in bloom?

No risk to plants in the room next door, assuming they are completely separated from each other or sealed. I hesitate to get into using the fast gas in a room with plants. Our EPA registration does not specify one way or the other in regards to plants. In trying to play above the line and lead this clean cannabis crusade with transparency, we are currently in the process of resubmitting our EPA registration to clearly articulate that the product is suitable for use with plants in the room. Until we receive that official approval, I would be careful using the fast gas product with plants in the room. We will update the forum as soon as we receive the update.

Thanks for the explanation. I’ll be purchasing some Pro Kure slow release and trying it out. Thanks for informing me about your product.

I will have one of my colleges, Brian Spivey reach out to you. Please let me know if you have any other questions.

Hello , I have a handful of experiences with your liquid v formula, I was wondering how would one go about removing algae from rockwool using your product without harming the plant or root-zone.?

Is there is a procedure for desinfecting a grow room that was previously infected with mildew and mold?Live in Puerto Rico and after Huricane Maria we have being without electricity for 2 weeks and all my flowers got mold. After cleaning everything i need to desinfect since all the rooms were floor to celling with mold.

I think your products will be a good choice after making a little research.

You’ll probably want to ask a building inspector about that. If the mold got inside structural components of the building, you may need to do some serious work on the structure. Definitely make sure you speak with a building inspector, as the mold also presents a health hazard to you and your workers. 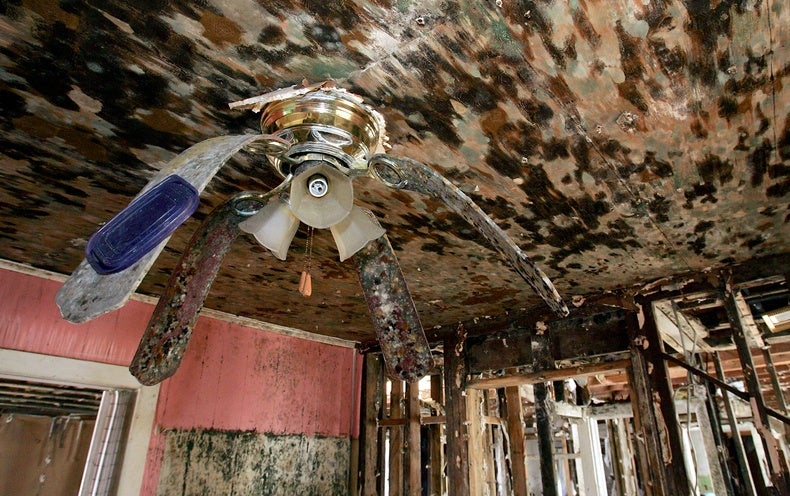 Beyond Bleach: Mold Is a Long-Term Problem after Flood and Disasters

The fungus can grow, undetected, in just a couple days

We use ProKure in liquid and gas forms to disinfect everything in our grow facility; floors, walls, entire rooms, trimming equipment, curing cans, drying racks and pretty much anything that that comes into contact with plants. It’s great stuff and has helped us produce some very clean medicine.

Great to hear and thank you for the kind words.

Here is a link for a study done using chlorine dioxide as a disinfectant to control pathogens in irrigation water. https://www.researchgate.net/publication/43260312_Activity_of_Chlorine_Dioxide_in_a_Solution_of_Ions_and_pH_Against_Thielaviopsis_basicola_and_Fusarium_oxysporum

The author W.E. Copes has published several other papers using chlorine dioxide. My favorite addresses the use of fungicide and bactericide spray practices titled “Toxicity Responses of Herbaceous and Woody Ornamental Plants to Chlorine and Hydrogen Dioxides”. Basically, the use of chlorine dioxide as a foliar spray to control fungus and bacteria. I have started my own experiments using ProKure as a foliar spray on cannabis. The first round of testing is complete and things look very promising. I think it might be impossible to kill a plant with ProKure. Unfortunately, the cultivators that I have good relationships with and will let me use their cannabis plants for R&D, do not have any issues or problems associated with this. Probably since they use ProKure in those facilities.

So I am forced to do these experiments with healthy plants. I plan to share my results with the community. Link for the paper: https://www.plantmanagementnetwork.org/pub/php/research/2003/disinfect/copes.pdf

Hello, great question. I have not personally used the product for this specifically, but since chlorine dioxide is a great Algaecide, in theory it should work beautifully. I would love to discuss this in greater detail.