What is your favorite light?

What lights do you prefer? Do you like fluorescent, CMH, LED, HID? Do you have a brand preference? Have you used other lights in the past but ultimately landed on your current light of choice? How did you come to that decision? Let’s chat lighting!

When I first started I just took what I could get LED wise. Currently I’m using 2 1000 watt LEDs from HiGrow. They also sent me 2 1500 watt “freebies” for posting about them. But they generate so much heat. I’ve seen alot of my favorite growers and youtubers use Electric Sky from Green Sunshine company. Would love to get ahold of a couple ES300’s.

they generate so much heat

I think one of the most common misconceptions about LED’s is that they are completely free of heat. While they run cooler that HID’s of comparable wattage, they still produce a lot of heat. When that heat is confined to a small space like a closet or grow tent with no exhaust, many growers are surprised how hot their grow becomes. Adding exhaust higher up in the grow environment is one way to mitigate that heat buildup.

Would love to get ahold of a couple ES300’s.

I’d be interested to know, what about these lights appeal to you?

I’m a fan of the wide spectrum capabilities. Most of the LEDs I’ve had access to only have 8 or so spectrums of light, while these fill in much more along the blue purple and infrared.

They’ve also got dual lenses, high quality diodes as well what I can only imagine is better coverage intensity with the recommended height at 12 to 18 inches.

What lights do you prefer

I prefer LED. Don’t like battling the heat with HID.

I been using growmau5 pucks 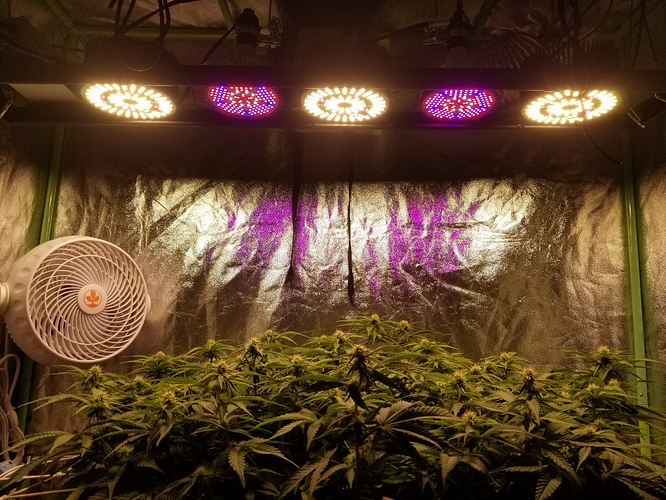 That’s little 40watt blurples in between the pucks to add a little more color spectrum.

I been using growmau5 pucks

Have you used any other LED brands?

I also have a horticulture lighting group qb260 that’s new but not being used at the moment.

Outside of that ive used 3 or 4 of the cheap brands off of amazon, mainly viparspectra but also Roleadro and Mars hydro which was the biggest “piece” of all the cheapos that I bought.

The PAR series from viparspectra I was impressed with, but not the lower end ones. I have a PAR 450 which I think is a great light, mainly because red, blue, and white spectrums were all individually dimmable and although I don’t use it very much anymore I still like it on seedlings and occasionally early veg because I can use it as one tool to try and manipulate internode spacing whether it be tight or to spread out.

Right now I have two tents and they both have growmau5 lights in them. There are lights higher in efficacy but these things just happen happen to fit my space perfectly and have an extremely even distribution and I think those things keep me a little biased towards them even over higher efficacy lights

I will say this. I grew a pound on 3 viparspectras that pulled 650 watts from the wall on a light mover. I think viparspectras advertised wattage was 300, 300, and 450 for the three

There is many lights out there that are obviously way better but I think many of the better light makers and UMOL fanatics are making people think they need to go and hang a perfectly good light in the closet and go out and spend money on a replacement.

I learned of you wanna upgrade cuz you don’t wanna wait the 50,000 HR lifespan of the light then that’s ok but don’t upgrade because you think you can’t succeed with them.

I learned of you wanna upgrade cuz you don’t wanna wait the 50,000 HR lifespan of the light then that’s ok but don’t upgrade because you think you can’t succeed with them

Have you ever grown under CMH or an LED / CMH light combo?

Have you ever grown under CMH or an LED / CMH light combo?

Due to limited internet information then and the risk involved at that time with just asking people about growing, I had absolutely no idea the flowering period was around 8 weeks so when pistols first formed on the plant, I figured I would be smart and be patient and wait… so I gave them another two weeks and harvested lol.

I spent over a decade pondering what I did wrong

I use a combo of 600w HPS and 315w CMH bulbs currently. I will be getting HLG qb boards for summer time as well as to compare to my current set up.

I have a variety of LEDs.

I’ve never grown under HPS/MH/CMH myself. When I first started growing I had the blurple LEDs. Things are much better now.

Loving my HLG 320xl qb board set up. Grows thick, sticky nugs, consumes a fraction of the power of other lights, and keeps the heat to a minimum.

Besides those, I’ve only used Galaxy Hydro blurples. Not bad for cheapo lights, but when I am running all 560watts (from the wall; using 2x 300 and 1x 600) they do increase my grow room temps by 15 degrees. The HLG qb’s only increase it by 7° when cranked up to 310watts.

My electric bill wasn’t even dented by adding the qb lights to my grow.

I agree, wish he’d come over and show us his knowledge, lol.

Here are a couple great links on what frequencies/spectra does for cannabis and its cannabinoids.

An Update on Plant Photobiology and Implications for Cannabis Production

This review presents recent developments in plant photobiology and lighting systems for horticultural crops, as well as potential applications for cannabis (Cannabis sativa and C. indica) plant production. The legal and commercial production of the...

I think he will soon enough. Wife prego and he’s in the middle of moving, lol been there done that

I love my QB120’s I got from HLG as a recommendation per Dbrn. They did awesome and with me remote mounting my driver, temperatures in my tent never missed a beat. 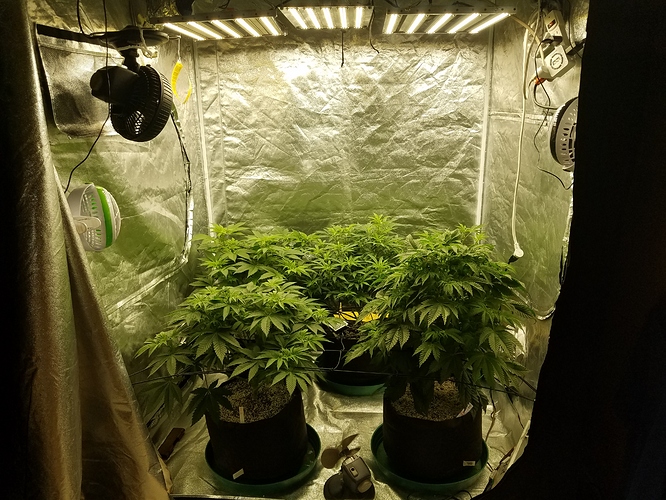 I would suggest that at some point try to build a light. I think they are directly proportional to the final product. 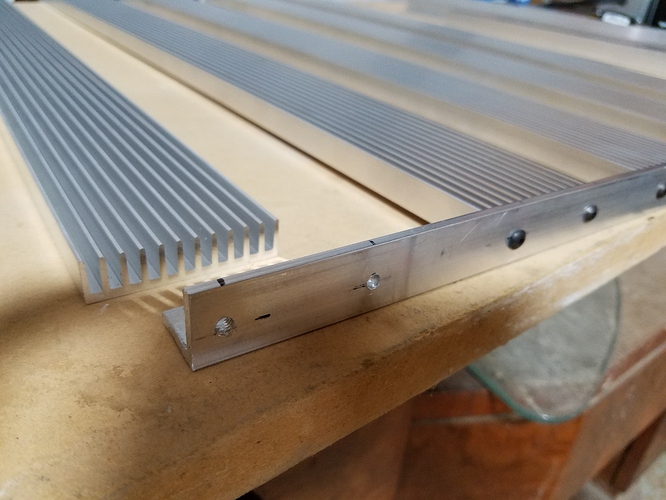 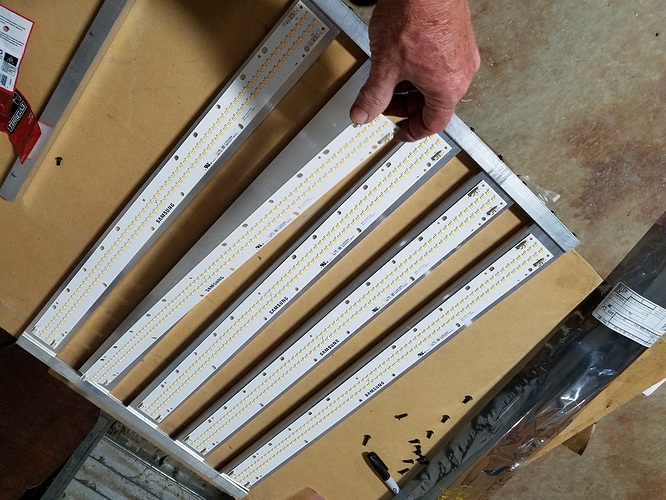 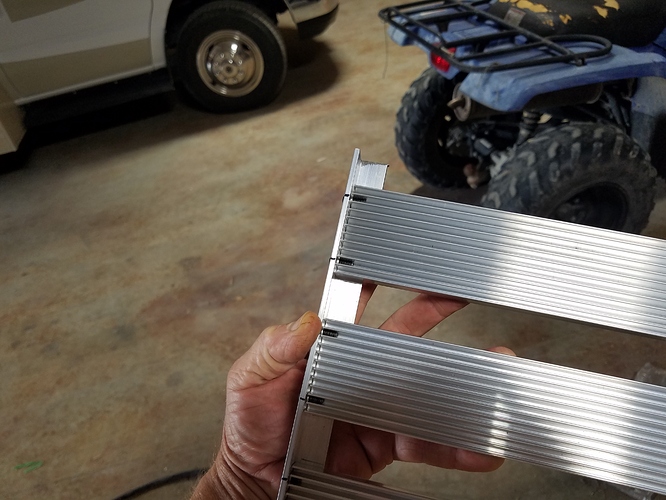 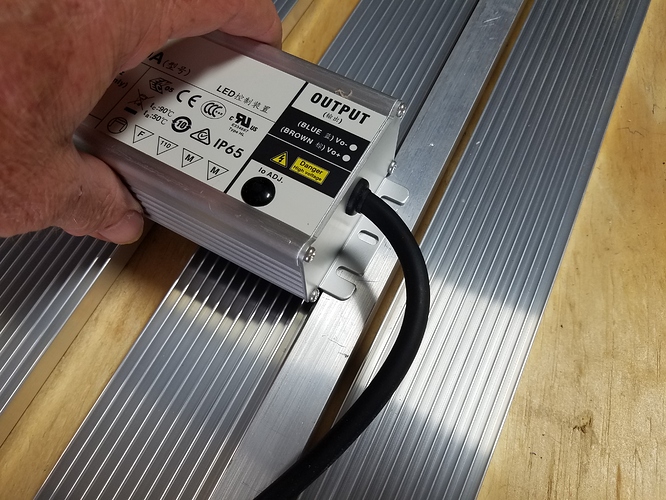 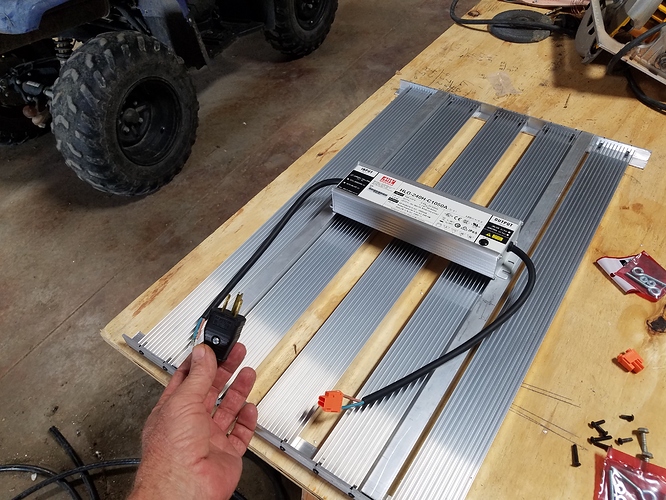 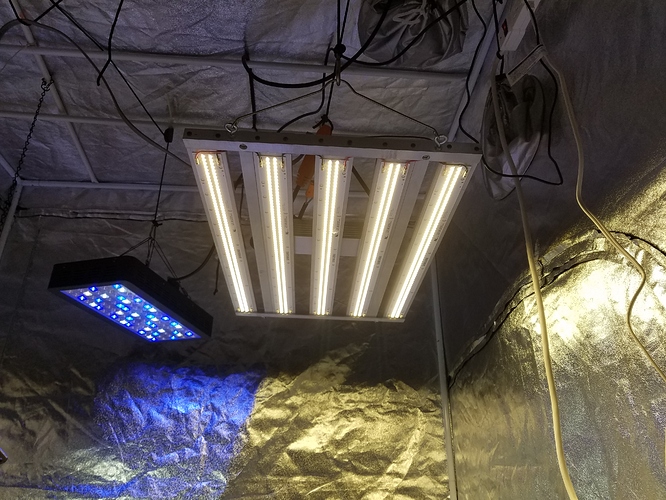 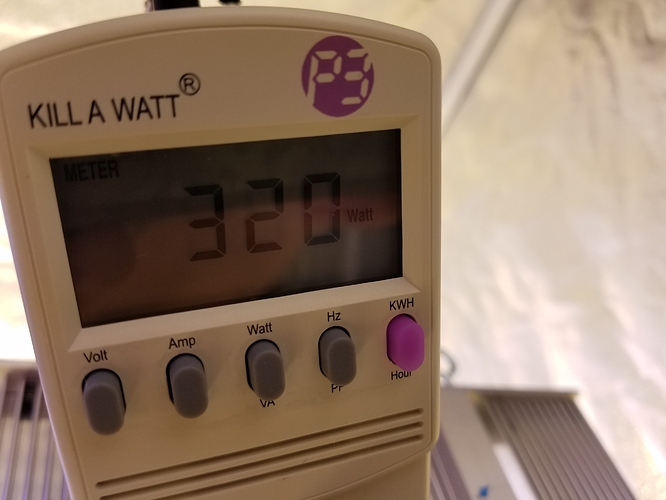