Ready just in time for the New Year, this grow produced delicious, sticky, trichome rich buds. Six phenotypes were raised, this is a mix of 1, 4 & 2 as they were closest to each other in growth patterns and bud production. Phenos 5 & 6 were mixed, too. 3 was kept segregated as it was so different in color than all of the others. Snip pictures just for size reference, all buds solid and dense across all phenotypes. This run of Prey’s @preybird1 Runtz x Slapz had Bob’s @rflasch BudBusterPro used on them through the whole grow. 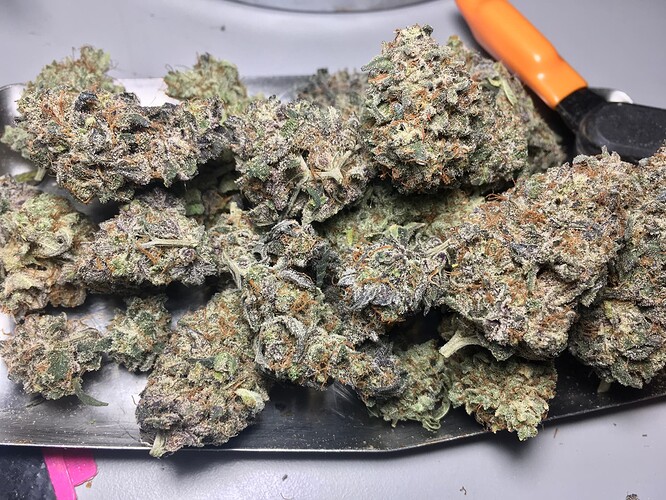 A couple of small light changes were made for this run and a couple of other small tweaks that resulted in a 5’x5’x6’ tent producing thirty-five ounces of completely cured, finished, tightly trimmed bud. For square footage of space, it is a 32% increase in yield. Enough that the remaining bud from the first run of this cultivar is getting squished into rosin this next week! 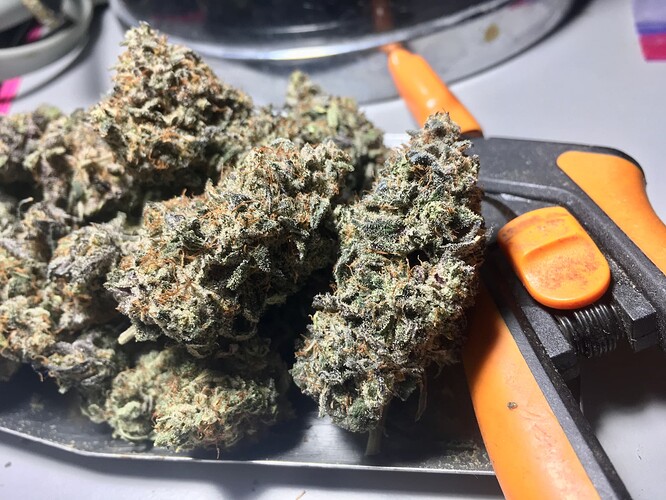 This old iPhone does not do the bud justice! An attempt will be made to get some shots of the other phenos with a real camera tomorrow. 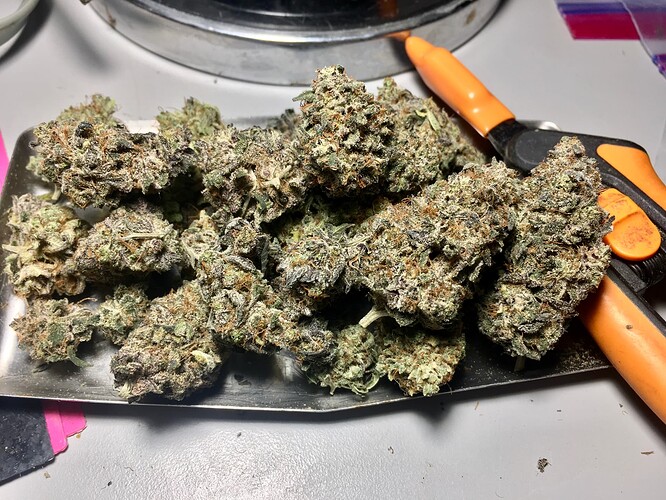 @NateCannaCribs , you lucky man, in a carpark too, taking it back oldschool. How was Runtz x Slapz, please can we have a review?

@wow_arizona we have to plan to send you a cut. I have a Red dragon strain i grow that is killer! It has a awewome smell, smooth and very stoney. Its one of my favorite strains. Im flowering out Runtz, purple urkle, grandaddy purple, pirates cake, crimea blue, slapz, monkey slapz and red dragon! I have 25 living strains in my library. Im waiting for a shishkaberry cut. And i have candy rain and glazed apricot gelato and some more plants im still vegging. I also have 40 clones of various strains in reveg.

Also i forgot to say WOW! Some nice looking buds there! Makes me want some? Wait i have some haha. I think ill smoke some now! It has a nice heavy hitting high. With a nice skunky sweet fruity taste. Has a very nice after taste i have noticed. Slightly sedating and little couch lock for me. Helps with my pain a quite a bit also.